Industrial Silvertown is not a standard tourist attraction in London, though in recent years thousands of people have peered down on the remaining factories from the Emirates Air Line cable cars as they descend toward Victoria Dock and the ExCel convention centre. It was nonetheless a really important region of heavy industrial development during the late nineteenth century and is again on the frontline of rapid development. Most waterfront property in East London, from the banks of the Thames to the Limehouse Cut canal and the Lower Lea, are undergoing redevelopment as glass towers transform urban landscape. This is not the first time waterfront property underwent rapid transformation, as many of London’s nineteenth century factories required access to rivers or canals to carry coal and other raw materials.

At the start of the nineteenth century Silvertown did not exist. It was simply the southern edge of Plaistow Level, a large marsh on the Essex side of the Lea River and well beyond the eastern edge of London’s outskirts in Poplar. The first Ordnance Survey for the region, from 1805, shows extensive marshlands from the Redriff Marsh that later became the Surrey Docks through to the Roding river and beyond. Industrial development, more docks and working class residential districts spread throughout much of these wetlands in the century that followed. 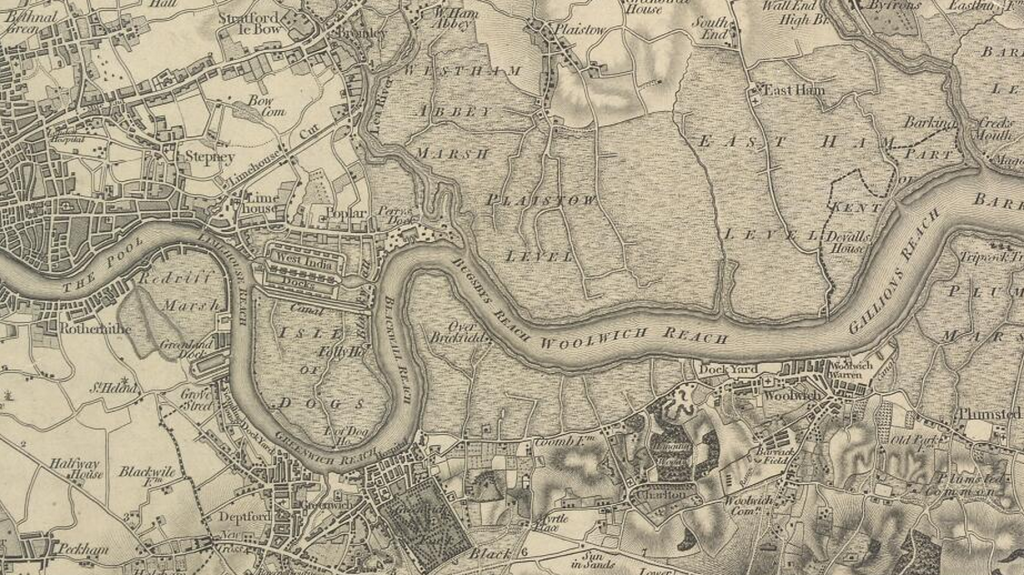 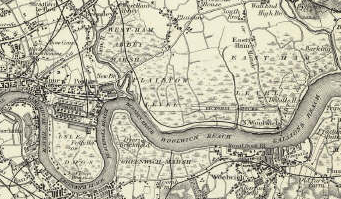 Silvertown was created with the construction of Victoria Docks, completed in 1855, which divided a southern strip of marshlands from the rest of the parish of West Ham. A few years earlier, in 1852, S.W. Silver established the first factory on the land south of the docks and facing the Thames. A railway built to North Woolwich established transportation link to the region and in the decades that followed other industrialist followed Silver to this isolated region. Silver’s early rubber factory developed into a major underwater telegraph cable company and he lent his name to this remote region. Beyond rubber and telegraph cables, Silvertown was home to John Knights Royal Soapworks, two competing sugar factories, one established by Henry Tate and the other by Abram Lyle, along with a variety of chemical works and lubrication refineries. Scattered housing developed between these factories and the docks, but the region remained remote to the vast majority of Londoners. J.J. Terrett, a socialist and local politician described the environmental conditions during the first years of the twentieth century.

In the south of the borough are Victoria and Albert Docks, with their huge attendant army of semi-casual workers, and beyond that the industrial district of Silvertown with its collection of immense factories and wharves fronting on the River Thames – a desolate region…. The atmosphere is blackened with smoke and poisoned with the noxious fumes of chemicals, and the stench of bone manure and soapworks, and the only sounds to be heard are the shriek of railway engines and the mournful foghorn hoots of the steamboats coming up the river.[1]

The rapid development of heavy industry completely transformed the marshlands of the estuary and created an industrial landscape. These factories created hundreds of jobs and contributed to London’s economic development. The environmental regulations were limited and not well enforced during the later nineteenth century. Newspapers reported on the occasional prosecution of factories dumping chemical into the sewers and complained that the borough council turned a blind eye all too often. This little known strip of land, located beyond a major set of docks and miles east of central London was scarified to economic progress.

A few small redevelopment projects transformed small sections of Silvertown in recent decades, but the remaining large factories reduced the attractiveness of the region for waterfront property development. The promotional video at the top of this post suggest the Royal Wharf development is replacing one of these few remaining large factories. News reports suggest the Tate & Lyle factory, located a little further east, might also close in the near future. The Royal Wharf project will improve the local environmental conditions, as redevelopment presumably begins with major environmental remediation work which will clean the residual pollution from the past century and a half. However, it remains a little disappointing to see Silvertown complete the process of deindustrialization and for this distinct region of London to transform into yet another landscape of mixed use waterfront glass towers.