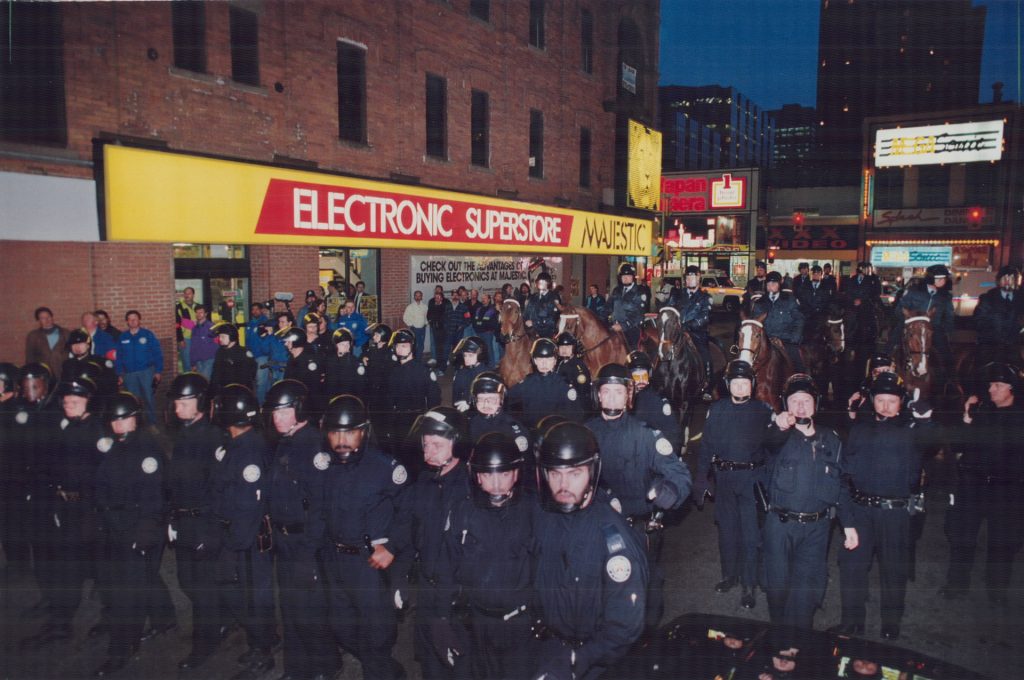 As a city changes, as tensions grow between the police and the communities they serve, how can we know if a candidate has what it takes to lead a major police force? Is it possible to predict success (or failure)? Those questions are at the core of a debate that has raged for decades on whether institutional racism exists, on possible improvements, and on implementing changes in policing.

In the mid-1970s, as Toronto faced such challenges, Reva Gerstein emerged as a strong voice for reform. She believed we could scientifically forecast hiring and promotion outcomes. Gerstein began to work closely with the Metropolitan Toronto Police Force toward that end. An eminent psychologist, Gerstein wrote a report in 1976 for the Law Reform Commission of Canada on the use of psychological tests in recruiting and promoting police officers.[1]

In 1982, the Metropolitan Toronto Police Commission asked Gerstein to conduct a psychological assessment of an extremely bright, fast-rising forty-nine-year-old superintendent; William J. McCormack was a candidate for deputy police chief. Gerstein’s assessment offers strikingly few insights into McCormack beyond what those who worked with him would already have known. She sidestepped racism on the force and poor police-community relations — precisely the problems Gerstein herself had highlighted for years as resolvable through the effective psychological evaluation of officers.

Since the 1960s, tensions had escalated between racialized communities and the police in Toronto and in other North American cities. Racism on the Toronto force was reflected in the pages of News & Views, the newsletter of the Metropolitan Toronto Police Association. In a 1979 issue, retired constable Ken Peglar complained that he wished he were “a Black man or a Pakistani or Jewish….” Unemployment, inflation, and neglected children, he went on, were among many problems that concerned him. “But nobody expects a Black man,” Peglar wrote, “to think of anything but his colour or a Jew to concern himself with anything but his Jewishness. And you know something, they seldom do.”

These and other cases of casual, malevolent police discrimination appalled Mayor John Sewell, Alderman Allan Sparrow and many others who voiced their outrage. But repeatedly, the Toronto police rebuffed, diminished, or whitewashed community efforts to make the police more accountable to the public and better equipped to combat police racism. Gerstein’s report contributed to the institutional culture of police insistence that at worst, racism was a very minor problem, and that a purportedly hostile media, unspecified political radicals, and minority community members were the true cause of police tensions with minority communities.

By the mid-1970s, Reva Gerstein had earned dozens of accolades, including membership in the Order of Canada, for her cutting edge research on children’s mental health and on the shift to treating mental illness outside psychiatric hospitals. She moved in social circles with high-ranking police officers and other movers and shakers. In December 1980, for example, Gerstein’s friends organized a dinner in her honour at the Royal York Hotel. Guests included the federal Leader of the Opposition Joe Clark, Ontario Premier William Davis, and Toronto Chief of Police Jack Ackroyd. 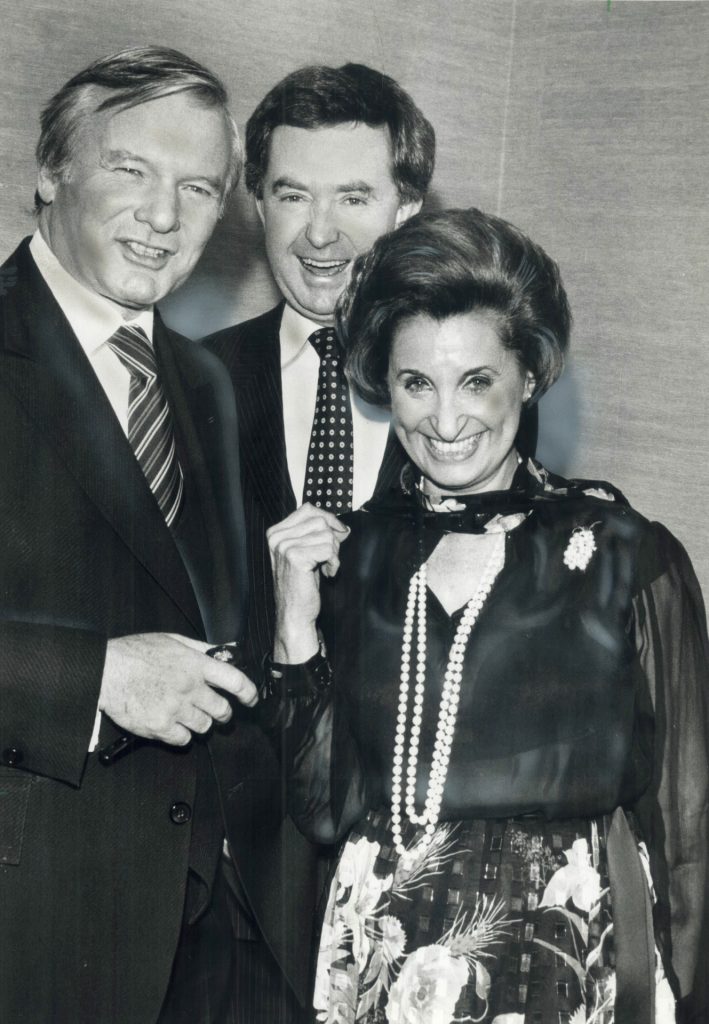 She worked regularly as a paid consultant to the Toronto police and in 1979, she chaired the three-member provincial government Task Force on the Racial and Ethnic Implications of Police Hiring, Training, Promotion and Career Development. Gerstein wrote the task force report. Its most important findings backed the police on alleged racism; there was no evidence, Gerstein argued, that Ontario police forces discriminated against minorities in hiring. The media, she went on, projected an anti-police bias and played a major role in promoting tensions between minority groups and the police. Asked to give examples where the press had exacerbated police-community tensions, Gerstein demurred. That there were few minority group members on police forces in Ontario was the fault of minorities themselves; they refused to join. Gerstein told reporters that she was surprised to hear that racialized communities in Toronto were afraid of the police. “When I asked [minority community members] why, they said it was because of TV and newspaper reports.” Toronto media found Gerstein out of touch, insensitive to the concerns of minority communities, and too close to the police.[2]

The McCormack assessment was not Gerstein’s first prominent psychological evaluation of police candidates. In 1981, a committee of high-ranking Ontario civil servants chose a new Ontario Provincial Police commissioner. Solicitor general Roy McMurtry turned down the recommendation and insisted that Gerstein conduct a psychological assessment of all candidates for the position. All eight refused to go through a second process, objecting to being interviewed by a psychologist. In response, and before interviewing three new candidates, Gerstein defended the importance of her work toward finding “the best leadership team at the top.” In this process, she told the media she would not use psychological tests or “any fancy work.” Jack Ackroyd publicly backed Gerstein and confirmed that Toronto police had been psychologically evaluating their senior management for some time.

In March 1982, when Gerstein sat down with William J. McCormack for a psychological assessment, the latter had served on the force for over twenty years. He had worked as a Toronto homicide detective from 1969 to 1978. Promoted to inspector in 1979, he commanded Internal Affairs. He rose to staff inspector in 1980, then to superintendent in 1982. Now, he was being considered for deputy chief.

In her assessment, Gerstein found McCormack attractive, neatly dressed, articulate, and coherent. He was interesting, a good conceptualizer, trustworthy, confident, modest, and astute. He viewed his Internal Affairs Unit officers as dedicated men. Women had no interest in joining the unit, Gerstein noted. He was modest, but keen on climbing police ranks. He identified his closest friends as his wife and five children.

McCormack told Gerstein that he saw three key priorities for the force – better internal communication; a new kind of discipline (not blind obedience); and the implementation of elements of a $400,000 study recently conducted by Hickling-Johnston. The study called for an end to the “paramilitary” structure of the force (disliked by constables) and improved liaisons between the police and minority groups.

Gerstein interviewed McCormack’s police peers. They told her that he had moxie, commanded respect, worked comfortably under pressure, delegated authority easily, and would do well as deputy chief. He was a gentleman, “too nice a guy” to be in charge of Internal Affairs. (And his wife was terrific).

Gerstein assessed McCormack’s management style as strongly task oriented. She found an antithesis to his autocratic manner in an equally strong “people relationships orientation.” His ambition was low, but he scored high on measures of intellectual efficiency and leadership. He would require formal training to grasp what Gerstein called the essentials of management. She concluded that with the “proper grooming and experience,” McCormack had the potential to serve as deputy chief.

As part of the private evaluation process, Gerstein asked McCormack to respond to her findings. “Good assessment” was all he said.

Gerstein’s assessment was flawed. By the standards of 1970s psychological testing, had the police been genuinely interested in probing McCormack’s psychological fitness for promotion, Gerstein’s findings would have provided no information of which his superiors were not already aware.

Despite her longstanding consideration of the problem of police relations with ethnic and racialized communities, and her interest in psychological testing to eliminate racial discrimination on the force, there was no attention to McCormack’s potential as a leader in these areas. The arms-length process she developed in her 1978 psychological testing program for the force was absent in her McCormack assessment. A public supporter of the police against accusations of racist violence, and a paid consultant of the force with personal ties to the chief, Gerstein lacked the professional distance required of the task. She would likely have known McCormack personally and would certainly have understood what was at stake for his career and for the police.

McCormack continued his rapid rise. He was promoted to deputy chief in 1984 and from 1989 to 1995, served as a highly decorated chief. McCormack’s distinguished career dovetailed in many respects with the qualities Gerstein laid out in her report.

But his term as chief also coincided with new criticisms of police violence against racialized communities. Over McCormack’s term, police killed six African Canadians. In a throwback to the 1970s, as politicians and community leaders called for an end to police discrimination, McCormack angrily insisted that there was no evidence that his officers were racist. But now, unlike 1970s equivalents, some protests against police racism became violent. In 1992, constable Robert Rice shot to death Raymond Lawrence who approached him brandishing a knife. On May 4, a downtown protest of the killing spiralled into what the media called a “riot,” the firebombing of a police officer, and the looting of stores downtown. Dari Meade, a member of the Black Action Defence Committee, told an angry crowd that McCormack had fuelled the anxieties of white Torontonians by suggesting that African Canadians were prone to violence. When police were unable to stop the looting that night, some shop owners told the media that they blamed McCormack for his failure to anticipate community rage, or to establish strong community-police links.

Did Gerstein’s assessment of McCormack serve its purpose? That may depend on how one looks back on McCormack’s career, in the context of tensions around race that from all perches looked in 2000 very much as they had in 1980.

[1] Reva Gerstein, To Study and Report on Psychological Tests and Evaluative Procedures Currently in Use or in Development Phases for the Selection of Police or Internal Police Tasks (Ottawa: Law Reform Commission of Canada, 1976).

[2] Reva Gerstein, Policing in Ontario for the Eighties: Perceptions and Reflections: Report of the Task Force on Racial and Ethnic Implications of Police Hiring, Training, Promotion and Career Development (Toronto: Ontario Ministry of the Solicitor General, 1980).

Walter Pitman, Now is Not too Late (Toronto: Council of Metropolitan Toronto/Task Force on Human Relations, 1977)