This is the second post in a series featuring short descriptions of papers and panels that will be presented at the Canadian Historical Association’s annual meeting being held at the University of British Columbia June 3-5. The last call to action of the 2015 Truth and Reconciliation Commission suggests the statement “I will faithfully observe the laws of Canada including… Read more »

This is the first post in a series featuring short descriptions of papers and panels that will be presented at the Canadian Historical Association`s annual meeting being held at the University of British Columbia June 3-5. Homelessness and inequality are at the forefront of public discussions and policy debates. In this panel discussion we argue that a deeper historical perspective… Read more » 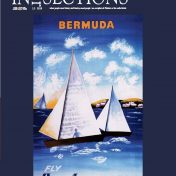 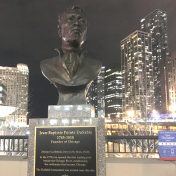 By Thomas Peace It’s that time of the year again. Over the coming weekend, historians will join our colleagues in the social sciences and humanities in Regina for the annual Congress of the Social Sciences and Humanities, during which the Canadian Historical Association (CHA) will meet. This year, the CHA has been organized around the theme of “Gathering Diversities,” reflecting… Read more »

By Stacy Nation-Knapper and Kathryn Magee Labelle On 28 May 2017 participants gathered at the Canadian Historical Association’s annual conference to join a conversation about the Confederation of Canada. Specifically, we asked attendees to consider ways that we might decolonize not only the events of 150 years ago, but simultaneously the society we live in today. This blog post is… Read more »

By Thomas Peace It is that time of the year again when historians from across the country are preparing to gather together at the Canadian Historical Association’s annual meeting to talk about our work. The theme of meetings, being held in two weeks time, is “From Far and Wide: The Next 150.” As Canada enters the sesquicentennial’s summer season, hallway conversations will… Read more »

By Stacy Nation-Knapper and Kathryn Labelle Indigenous peoples have long been calling attention to the processes and effects of colonialism in the western hemisphere. With movements such as Idle No More, Missing and Murdered Indigenous Women, and #NoDAPL bringing discourses around colonization to the attention of settler Canadians, discussions and inquiries into what decolonization is and what it means have… Read more »

A CHA Proposal to History Department Chairs by Robert Talbot and the CHA Executive  To many outside our profession, the connection between a degree in History and a non-academic job related to history can seem far from obvious. As instructors of History who benefit materially and intellectually from the thousands of students who attend and participate in our courses every… Read more »