Edward Dunsworth The other night, out to dinner with my aunt, uncle, and cousins, my wife Vanessa began comparing notes with my cousins on some of their favourite podcasts. “What’s that?” my uncle interjected. Assuming the appropriate tone for a nephew explaining something technological to his uncle, I began to respond. He quickly cut me off. “Oh, podcasts. Yeah, I’m… Read more » 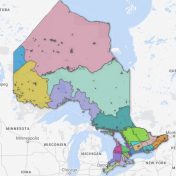 By Daniel Laxer, Jean-Pierre Morin, Alison Norman Have you ever wondered why the treaty for the territory you live on is named as it is? Why are some numbered and some named after people? Why is the Toronto Purchase also known as Treaty 13? Why are there two Treaty 3s in Ontario? No doubt that Ontario’s treaty history is the… Read more »

By the end of this week, students across Canada will be out of school. During their school year, students in Canada would have learnt from the provincially mandated curricula as well as professional attempts at engaging in work of truth and reconciliation. However, while we can talk about the curriculum in our schools, any formal education young people have gained have… Read more » 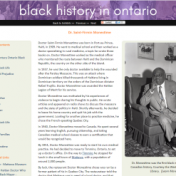 By Allana Mayer There are lots of digital divides. There is a literacy divide (understanding the production of the things you see), an access divide (having the infrastructure in the first place), and then there are representation divides – seeing people like you in the materials that circulate online. As archives and heritage organizations increasingly digitize and share their unique historical… Read more » 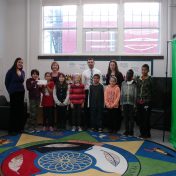 This month in our history education series, I’ll be looking at Manitoba’s social studies curriculum. A review of their website and recent news articles suggests that Manitoba strives to be student-centric and responsive in their curriculum. Last year, Manitoba established a new Indigenous-focused school system with a new curriculum, and while most of the provinces heard the call to action… Read more »