ActiveHistory.ca is pleased to announce that its application to the Canada History Fund, made in partnership with McGill University (grantee), HistoireEngagée.ca, and the Asian Canadian and Asian Migration Studies Program at the University of British Columbia, was successful. Our project, “Active History on Display,” has been granted $99,958 to create two digital exhibits: one on the lived experiences of Asian… Read more »

Sam Huckerby Piece by Piece uses images, maps, and public-friendly text to show that 19th century English clothing materials connected to everything from bird preservation movements to slavery. Born out of a desire to start filling in the gaps of how we talk about historical dress, Piece by Piece shows that clothes are more than just aesthetics: they have history… Read more »

Laura Madokoro For the past few weeks, I have been deep into records relating to the 1980s sanctuary movement in the United States. This movement, which has been recalled in recent years as a result of renewed efforts to protect refugees and present-day undocumented migrants, consisted of a loose coalition of churches that offered refuge to arriving migrants from Central… Read more »

Lesley Wood The trucker’s convoys are a serious problem, not because of their demands, nor even their disruptive tactics, but because of their appeal to the many folks, frustrated about their jobs, their lives and the inaction of governments. Their ostensible goal is to end vaccine mandates.  Which were happening anyway, despite the risk, because all levels of government are… Read more » 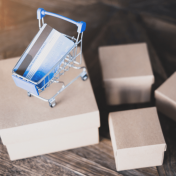 Andrew Webb “A history degree? What are you going to do with that?” Work my way into the best tech company in the country. That’s what. Not right out of college, of course. It’s entirely possible to work at your dream company with a history degree, though—-as long as you’re willing to work hard at learning new skills. How, though?

This is the tenth post in the series Historians Confront the Climate Emergency, hosted by ActiveHistory.ca, NiCHE (Network in Canadian History & Environment), Historical Climatology, and Climate History Network. By Thomas Wien The next Ice Age is behind schedule. Now for the bad news: the infernal and, for many in the northern hemisphere, eye-opening summer of 2021 has shown that global warming’s effects… Read more » 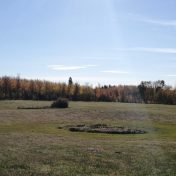 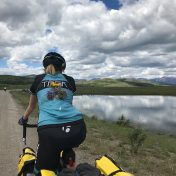 By Margot Higgins This is the fourth in a series, “History En Vêlo,” about cycling and thinking historically, shared with NiCHE. In an empty parking lot with patches of silty snow and grey ice, Kaisy wobbled, skidded a bit, and struggled to maintain her balance. She had barely bicycled previously and hailed from Brownsville, Texas, and yet she had signed up for… Read more »

This is the third post in the series Historians Confront the Climate Emergency, hosted by ActiveHistory.ca, NiCHE (Network in Canadian History & Environment), Historical Climatology, and Climate History Network. By Daniel Macfarlane We’re in a climate emergency. This isn’t just rhetorical hyperbole, but a statement backed by more than 13,000 scientists. Even the venerable publication Scientific American agreed to adopt the term earlier… Read more »

https://activehistory.ca/wp-content/uploads/2021/07/History-Slam-186.mp3Podcast: Play in new window | DownloadBy Sean Graham The gaps and underrepresentation of certain voices within traditional archival collections is well established. To fill these gaps, community archives are essential as they collect, preserve, and share the stories of people, groups, and events that have helped shaped life in Canada. One of these community archives is the ArQuives, Canada’s… Read more »