By James Cullingham Peter Green’s death was announced by a British law firm on July 25, 2020.  The news elicited an outpouring of grief and admiring statements from his musical peers. Like Brian Wilson of The Beach Boys or Syd Barrett of Pink Floyd, Peter Green is viewed alternatively as a prime musical casualty of the psychedelic moment, or as… Read more »

By Catherine Carstairs One of Canada’s best-known children’s writers, Jean Little, passed away at the beginning of April at the age of 88.  With COVID-19 dominating the news cycle, her death attracted little attention. And yet, as we live through a severe epidemic, perhaps we need Jean Little’s wisdom more than ever.  Little created a world in which injustice was… Read more » 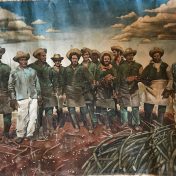 Karen Dubinsky Harry Tanner died November 7 2019 at the age of 85. I’ve only known him a couple of years. However, I’ve known him his whole life. I knew his parents, his father a Bank of Nova Scotia manager stationed in Havana in the 1940s and 1950s, where Harry grew up. I know Harry’s excitement about life in 1960s… Read more » 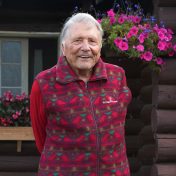 An appreciation by James Cullingham I first met Bruce W. Hodgins in a tipi at Camp Wanapitei on Lake Temagami some 400 kilometres north of Toronto. It was 1973. I was an undergraduate student at Trent University attending the first autumnal Canadian Studies gathering of students and professors at that camp located at Sandy Inlet. The Trent Temagami Weekend continues… Read more »

By Don Wright In Montreal’s Place des Arts to accept the 1985 Governor General’s Literary Award for Non-Fiction, Ramsay Cook said that he was honoured to be recognized alongside poets, playwrights, and novelists, “which is where a historian should be.” Indeed, it was one of his firmest convictions that history was also an art and that historians had an obligation… Read more »