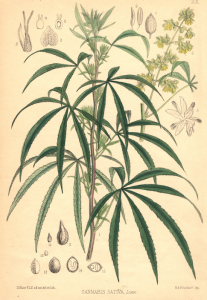 In September the All Party Parliamentary Group on Drug Policy Reform in the UK stated there was “good evidence” cannabis could help alleviate the symptoms of several health conditions, including chronic pain and anxiety. According to Professor Mike Barnes, a leading consultant neurologist who contributed to the report, “We must legalise access to medical cannabis as a matter of urgency.”

The co-chair of the Group, Baroness Molly Meacher, stated:

“The evidence has been strong enough to persuade a growing number of countries and US states to legalise access to medical cannabis. Against this background, the UK scheduling of cannabis as a substance that has no medical value is irrational.”

The All Party Group obtained evidence from 623 patients, representatives of the medical professions and people with knowledge of how medical cannabis is regulated around the world. It reviewed over 20,000 reports and suggested cannabis could be used for multiple health problems.

“There is a substantial body of scientific and medical evidence to show that cannabis is a harmful drug which can damage people’s mental and physical health.”

To get to the bottom of this, the House of Lords recently asked to hear from Dr Ian Hamilton of York University, where he presented on gender differences in cannabis psychosis.

Meanwhile, on October 11, the Medical Healthcare products Regulatory Agency (MHRA) announced that products containing a cannabidiol or CBD were in fact medicines. And it sent messages to 18 companies in the UK letting them know they had 28 days to get a licence to legally sell such products. These include such products as MediPen, a legal cannabis vaporiser.

In Scotland, the issue was driven by government. On October 15, Scottish National Party (SNP) voted overwhelmingly in favour of decriminalising cannabis for medical use and demanded that physicians be given the power to prescribe the drug to patients suffering from painful conditions.

One delegate argued before passage of the Resolution that Scotland was lagging “behind the times” and this, of course, followed Nicola Sturgeon’s lukewarm backing of medical cannabis in May 2016. Medical marijuana remains a complex policy issue. Yet, as was made clear during the party conference in Glasgow, there many other countries, including Australia, France, Finland, and Germany, which have moved ahead with medical cannabis.

Moving forward, then, questions remain about the suitability and scope of available evidence. Do we possess enough to take a sound policy decision? Or is more research in the basic science and clinical use of cannabinoids needed?

The first physician to introduce cannabis to Western medicine was W.B. O’Shaughnessy of Scotland. In 1841, after observing its use in India he tested cannabis on animals to satisfy himself it was safe for human consumption.

Physicians soon began to prescribe cannabis for a variety of physical conditions such as rabies, rheumatism, epilepsy, tetanus and as a muscle relaxant. It was used too for various forms of neuralgia especially treating migraine attacks, epilepsy, depression and sometimes for asthma and dysmenorrhoea. 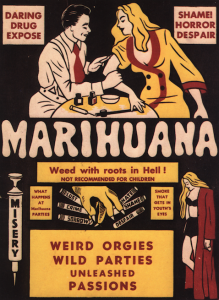 However, the 1890s found some doctors suggesting that the potency of cannabis preparations was too variable, and individual responses to orally ingested cannabis seemed erratic and unpredictable.  According to An ephemeris of Materia Medica, “Cannabis Indica has fallen considerably in the estimation of the profession, both in the old country and in this, due no doubt to its variability and often noticeable uncertainty of action.”

With the invention of the hypodermic syringe in the 1850s, there was also an increased use of opiates and soluble drugs that could be injected for faster pain relief.  Cannabis was difficult to administer by injection because it is highly insoluble.

Yet, “British doctors and scientists consistently acknowledged the potential of cannabis as a medicine for a range of complaints and conditions.” In Cannabis Britannica, James Mills argued that authorities in British healthcare have known “for 200 years” that cannabinoids have therapeutic potential. Recognition of medical cannabis’s possibilities, in other words, has not driven regulatory reform or policy changes in the medical sphere.

Medical cannabis has been available in Canada since July 2001, after the Ontario Court of Appeal declared that sufferers from epilepsy, AIDS, cancer and other ailments had a constitutional right to light up. Prohibition of this “medicine” was, in short, unconstitutional.

Since then physicians in Canada have struggled with the science and ethics of medical cannabis, particularly with the evidence issue. At the 147th annual meeting of the Canadian Medical Association in Ottawa in 2014, many doctors expressed serious reservations about prescribing marijuana. Some said they felt threatened into signing authorization forms, whereas others felt as though patients were shopping for doctors. Worst of all, there were reported cases of malfeasance, where doctors charged their patients for a prescription.

The CMA remains divided on, if not outright opposed to, being the gatekeepers of medical marijuana. It has suggested physicians should not feel obligated to authorize marijuana for medical purposes. A cursory survey of the Canadian Medical Association Journal reveals a mix of ideas that underline the existence of “conscientious objectors” to cannabis use and a vital need to fill “the cannabis knowledge gap.” According to the CMA:

“…marijuana is a complex substance, and there is not sufficient clinical information on clinical safety and efficacy.”

For many physicians, society’s demand for cannabis was far out in front of the available evidence about the safe and effective use of cannabis as a legitimate remedy. And the judicial system took the lead.

The College of Family Physicians of Canada has also maintained that the current Health Canada regulations put physicians in a challenging position, one where they were asked to authorize patients’ access to a product with little evidence to support its use:

“Health Canada places family physicians in an unfair, untenable and to a certain extent, unethical position by requiring them to prescribe cannabis in order for patients to obtain it legally.”

Yet, physicians have also questioned whether the medical field as a whole was being unduly cautious and that the anti-cannabis position taken by CMA and other commentators was not entirely evidence-based.

Several physicians involved in the Canadian Pain Society, for example, are on the cutting-edge of research on cannabinoids. Dr Mary Lynch, for example, published a systematic review in the 2011 edition of the British Journal of Clinical Pharmacology and came to the following conclusion:

“Overall there is evidence that cannabinoids are safe and modestly effective in neuropathic pain with preliminary evidence of efficacy in fibromyalgia and rheumatoid arthritis.”

Additionally, Dr Mark Ware, one of Canada’s leading researchers and educators in the area of cannabinoids, who was asked to serve as vice-chair of the task force on cannabis legalization by Prime Minister Trudeau, has also published two landmark studies on cannabinoids. In October 2014, Dr Ware authored an article called “Medical Cannabis and Pain” for the International Association for the Study of Pain (IASP) that provided an excellent overview of this therapeutic area.

Political leadership in the UK

From a historical perspective what is most fascinating about the intensifying debate in Scotland and the UK more broadly is how many of these issues are recognizable. Physicians and pharmacists consistently employed this “medicine” during the 19th century, even as many wrote of the potential dangers of cannabis following its formal introduction into American and Canadian medicine in the 1840s-1850s.

Most medical doctors understood that cannabis was both potentially helpful and potentially harmful. These concerns stemmed from the adverse events and feelings that sometimes accompanied the use of cannabis medicines, including distortion of space and time, hallucinations, anxiety, and fear of death. And these concerns of course remain.

In Scotland, specific cannabis champions in government have taken a forward-facing position, forcing a public conversation. This too is familiar, in that the political and regulatory apparatuses are propelling medical science to resolve the cannabis quarrel – much like in Canada.

Knowledge from Canada can frame British perspectives on cannabis. There’s potential that the Canadian experience can enhance the “evidence about evidence,” as Geoff Mulgan has put it. Doctors are divided. Scientists need to produce more work.  And, much like politicians or police officers, these actors are not unbiased.

Cutting through all the haze won’t be an easy task. Cannabis has become a hot-button issue, featuring prominently in Nature and British Medical Journal this month. At the same time, libertarian thinktanks such as the Adam Smith Institute have called for the total legalisation of cannabis. All the participants in Scotland, whether it’s the SNP or physicians or law enforcement, would be wise to use recent examples from Canada’s medical marijuana past to light the way.

Lucas Richert is a Lecturer in the Centre for the Social History of Health and Healthcare at the University of Strathclyde.

Acknowledgements: My thanks go to Ved Baruah, Jim Mills, Alix Mortimer, Murray Opdahl, Matt Smith, and other members of the Centre for the Social History of Health and Healthcare at the University of Strathclyde.