The recent mass shooting at a Quebec City mosque risks reopening Canada’s gun control debate.  Any such debate will sound familiar. Proponents and opponents of firearm regulation since the 1970s have largely repeated the same arguments. If you listen carefully, however, you may hear a different argument that until recently has not been part of mainstream public discourse: that Canadians have a constitutional right to possess arms.

This idea has an influential new champion: John Robson. Robson possess a PhD in American History from the University of Texas at Austin. He writes columns for the National Post, produces a blog: John Robson Online: True Canadian Values in a Complex World, and makes documentaries with titles such as “Magna Carta: Our Shared Legacy of Liberty.” In advertising his most recent documentary, “A Right to Arms,” he asserts that “your right to bear arms is as Canadian as maple syrup.”[i] Robson also suggests the existence of such a right in a recent article published in the Dorchester Review, entitled, “Armed Canadians: A Brief History.”[ii] He claims that the English constitution, and by extension the Canadian constitution, traditionally included a individual right to possess firearms.

Robson’s suggestion in the Dorchester Review that Canada received such a right, however, does not withstand scrutiny. He both mischaracterizes the nature of the English right and errs in claiming that this right, such as it is, was ever applicable in Canada.

As evidence of a historic English right, Robson alludes to the English Bill of Rights of 1689 and the comments of several treatise writers and contemporary commentators on the English constitution. His choice of evidence, however, is sometimes sloppy and consistently selective. He makes no mention of the fact that the meaning and extent of the English right found in the Bill of Rights has been debated fiercely in the last twenty-five years, in part because it has become a battlefront in how to interpret the American Second Amendment. Joyce Lee Malcolm, for example, has argued that it protected an individual right to possess weapons.[iii] On the other hand, Lois Schwoerer argues that the right had a much more limited meaning. 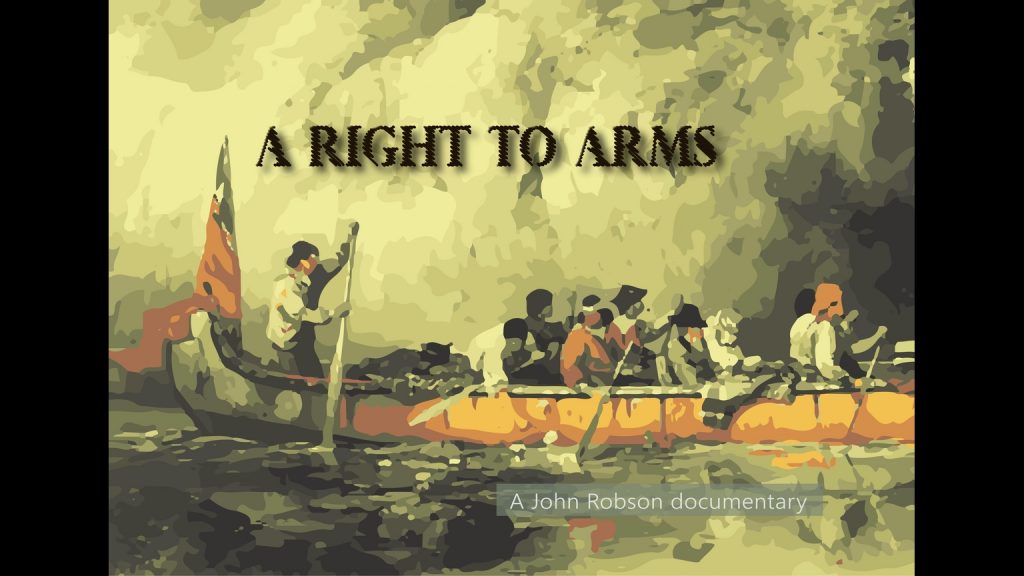 Robson employs the broad interpretation but chooses not to quote the Bill of Rights, preventing the reader from knowing several significant limitations. The Bill of Rights provided “that the Subjects which are Protestants may have Armes for their defence Suitable to their Condition and as allowed by Law.”[iv] As Schwoerer notes, only Protestants had the right to arms. As well, the provision had a class limitation, for men could only be armed “Suitable to their Condition.” The right to possess arms was therefore connected to income. Finally, the provision “as allowed by law” provided Parliament the ability to regulate firearms, such as through the game acts, which reflected the perceived need to balance this right with other interests.[v] These are obviously important limitations, but Robson makes no mention of them – instead he simply portrays the English provision as guaranteeing a right belonging to all subjects.

To support his broad interpretation of the provision Robson claims to quote jurist William Blackstone’s Commentaries on the Laws of England to the effect that “The right of his majesty’s Protestant subjects, to have arms for their own defence, and to use them for lawful purposes, is most clear and undeniable.”[vi] This sounds unequivocal and convincing. One problem: Blackstone did not say this.[vii] Instead, Blackstone enunciated a much more limited right – that subjects had a right to have arms “for their defence, suitable to their condition and degree, and such as are allowed by law.” Further, Blackstone said this right applied “when the sanctions of society and laws are found insufficient to restrain the violence of oppression.”[viii]

Robson is also intent on showing that this English right was transferred to Canada. He supports this proposition in two ways, both of which are unpersuasive. First, he quotes the preamble of the British North America Act, which declared that Canada received a constitution “similar in Principle to that of the United Kingdom.”[ix] His claim is that the English right was thus introduced into Canada in 1867.

This might sound convincing to an average reader. However, Canadian courts have expressly rejected efforts to use the preamble to support the claim that Canadians have a right to possess firearms. The Saskatchewan Court of Appeal rejected this exact argument in 2009. The court noted that the examples that existed of invoking the preamble for legal effect “involved items critical to the proper functioning of a parliamentary democracy and not a right to arms for self-defence purposes.”[x] Robson does not mention that the courts have come to this conclusion, likely because it would show his assertion that Canada’s constitution incorporated a right to firearms in 1867 is just wishful thinking.

Robson’s second means of asserting the existence of a constitutionally protected right is to point to a handful of statements made by nineteenth-century politicians. For instance, he mentions the reluctance of John A. Macdonald to support proposed gun controls in the 1870s because of his belief in a right to possess arms for self-defence. However, Robson fails to note that references to such a right were relatively rare in the nineteenth century, and all but disappeared from political discourse by the early twentieth century. Moreover, and perhaps more importantly, the comments of a few nineteenth century politicians, even prominent ones, do not establish, in any legal sense, a right to arms in Canada.

The Supreme Court has confirmed that there is no right to possess firearms in Canada. In R. v. Hasselwander (1993), Justice Peter Cory wrote that “Canadians, unlike Americans do not have a constitutional right to bear arms.”[xi] In R. v. Wiles (2005), the Supreme Court made a similar comment. Justice Louise Charron noted that “possession and use of firearms is not a right or freedom guaranteed under the Charter, but a privilege.”[xii] Robson makes no mention of these Supreme Court cases.

Nor does he mention two recent cases, R. v. Hudson and R. v. Montague, in which strong opponents of gun control tried to defend themselves in court by arguing that they possessed a right to possess firearms based on English constitutional traditions. They trotted out many of the same arguments used by Robson, but in both cases the defendants lost, definitively.

Dr. Edward Hudson was a gun rights activist from Saskatchewan who had his unregistered firearm seized. He appealed his case to the Saskatchewan Court of Appeal, which in 2009 rejected his claim to a constitutional right to possess his weapon for self-defence grounded in the Bill of Rights and incorporated into Canadian law by the BNA Act.[xiii]

In the second case, Bruce and Donna Montague of Ontario faced multiple charges after police seized over 200 firearms and thousands of rounds ammunition – many hidden in a secret room in the basement of their house. Like Dr. Hudson, Bruce Montague was a fierce opponent of gun control who welcomed the prospect of a legal fight to establish his right to possess firearms.  Bruce appealed his conviction to the Ontario Court of Appeal, where he argued that firearms legislation was constitutionally invalid. The Ontario court noted that there was no precedent to support the argument that Canada’s constitution had incorporated the firearms provision of the Bill of Rights. Even if it was part of Canadian law, the Court noted that the Bill of Rights only protected this right “as allowed by law.” Thus, the provision recognized “Parliament’s jurisdiction to constrain the right to possess firearms.”[xiv]

Why bother to quibble with Robson’s fanciful claim that a right to possess firearms exists in Canada? The answer is that there is a substantial market for this kind of analysis, and historians have a duty to call out efforts to manipulate public opinion using things that sound historically accurate.

Several organizations representing Canadian gun owners have asserted a right to possess firearms. For example, the Canadian Unlicensed Firearms Owners Association gives a prominent place on its website to an essay “Armes for Their Defense; An Inherited, Historical, Canadian Right.” Some politicians have pandered to gun owners with allusions to their rights, most notably in July 2014 when the Conservative Public Safety Minister of Canada, Steven Blaney, asserted that “To possess a firearm is a right,” although “it’s a right that comes with responsibilities.”[xv]

Robson’s one-sided account encourages the polarization of the gun control issue by giving credence to such claims. As a prominent columnist with strong academic credentials, he lends the appearance of professional and academic rigour to his version of our constitutional history. His documentary will undoubtedly become a favourite of gun-rights activists in Canada. In fact, Robson will be the keynote speaker at a seminar on the Canadian right to firearms hosted by the Canadian Unlicensed Firearms Owners Association in May 2017.

In sum, Robson is mostly peddling things that sound true. But, just because things sound right does not mean that they are correct. Let me be very clear: Canadian courts have decided there is no right to possess a firearm in Canada.

R. Blake Brown is Associate Professor of History at Saint Mary’s University and an Adjunct Professor at the Schulich School of Law, Dalhousie University. He is the author of Arming and Disarming: A History of Gun Control in Canada (Toronto: University of Toronto Press and the Osgoode Society for Canadian Legal History, 2012).

[vii]The quotation comes from the recorder of London in 1780. See Malcolm, To Keep and Bear Arms, 134.