NiCHE ran a series on “Canada’s Anthropocene,” with posts and a roundtable by Pamela Banting, Ashlee Cunsolo, Alan MacEachern, and Joshua MacFadyen.

Alan MacEachern is not responsible for the Anthropocene.

In the first article in NiCHE’s special series on “Canada’s Anthropocene,” MacEachern bravely stepped forward to acknowledge his culpability in contributing to the Anthropocene, the so-called human epoch when humankind took the geological and atmospheric reins from Zeus to become the predominant force shaping Earth ecosystems. MacEachern wanted to address the finger-pointing in global warming literature that so often points outward at others and rarely toward the self. Culpability in Canada’s Anthropocene, he suggests, is shared. The trouble, however, is that culpability is by no means shared equally.

While I was pleased to see NiCHE devote special attention to the concept of the Anthropocene and its applicability in Canadian history, I was surprised by one particular omission in its critical challenge to the concept itself. MacEachern is correct when he writes that the Anthropocene “is the most important new environmental concept in this century.” He is also correct to note that the concept embodies intrinsic temporality because it is historical. The concept is also flawed in how it ascribes agency (or blame). The Anthropocene and anthropogenic global warming (which animates much of the concept itself) invert what we might expect from environmental history, especially climate history. Because it is historical and it situates humanity as a geological and atmospheric agent, it compels environmental historians not to seek out the influence of climate on history but its reverse. As Andreas Malm writes in Fossil Capital: The Rise of Steam Power and the Roots of Global Warming, “it is a matter of searching not for climate in history, but for history in climate.” [1] If humanity is culpable, then we must look at the social and power relationships among people to understand the origins of the Anthropocene. And the human societies most responsible for the emission of the greenhouse gases that have created our present climate crisis can hardly be said to be equitable societies.

The settler-colonial society that emerged in northern North America to form the Dominion of Canada (the “Anthropocenic nation,” according to MacEachern) was and is deeply inequitable, stratified by class, by ethnicity, and by gender. The burden of culpability is not one shared by a common humanity in Canada because humans in Canada did not equally share the power to affect the environmental transformations that came to characterize the Anthropocene. Uloqsaq, a hunter, shaman, and the first Inuk convicted of murder in Canada does not share the same burden as Robert Dunsmuir, the coal baron of Vancouver Island. Cree farmers who struggled to eke out a living on marginal reserve lands following their dispossession in the nineteenth century do not bear equal responsibility for the Anthropocene as the owners of the Canadian Pacific Railway. The Fehrs, climate and economic refugees who fled north to the Peace River district in the 1930s, did not equally contribute to global warming as the owners of the steel factories or the textile factories or the other manufacturers who tapped into stocks of carbon energy and exploited the atmospheric commons as a sink for carbon dioxide long before Canada made its complete energy transition to fossil fuels. The settler farmers who adopted tractors and the Indigenous hunters who made use of snowmobiles did not contribute to Canada’s Anthropocene on an equal footing with the executive officers of the oil, gas, and pipeline corporations that despoiled their lands in the latter half of the twentieth century. The hundreds of thousands of motorists who were swept up in the emergence of mass automobility and suburbanization in Canada in the second half of the twentieth century bear some responsibility, but not equal to that of the handful of men who owned and invested in the large automobile corporations that relied on fossil fuels to accumulate spectacular wealth at the expense of global climate. Canada’s Anthropocene was driven by an elite few who extracted disproportionate material benefit from the fossil fuel economy while burdening the many with its consequences. It hardly seems fair to blame Alan.

Canada’s Anthropocene was driven by an elite few who extracted disproportionate material benefit from the fossil fuel economy while burdening the many with its consequences. It hardly seems fair to blame Alan.

This critique of the Anthropocene concept is not simply a matter of measuring relative carbon footprints. Culpability for the Anthropocene isn’t solely about the total quantity of emissions each individual contributed to the Earth’s atmosphere. It is also about the systems that created and perpetuated the extraordinary growth of fossil fuel consumption and accumulation of atmospheric carbon dioxide since the adoption of steam engines to further the expansion of the Industrial Revolution. Global carbon emissions during the Anthropocene exceeded the rate of population growth. As Malm shows, “global emissions increased by a factor of 654.8 between 1820 and 2010, while population ‘only’ did so by a factor of 6.6, suggesting the presence of another propulsive force.” [2] Individual consumption of fossil fuels alone cannot explain the staggering growth of carbon emissions that fuel global warming. Environment Canada confirms that “Canada’s emissions growth between 1990 and 2015 was driven primarily by increased emissions from mining and upstream oil and gas production as well as transport.” [3] The accelerated consumption of fossil fuels was not driven by the consumer value of carbon energy, but its accumulated value for capital. Growth in fossil fuel consumption beyond subsistence needs and even luxurious desire could only be sustained by an economic system based upon abstract exchange value with no limits to growth, accumulation, and extreme inequitable distribution of resources. [4] 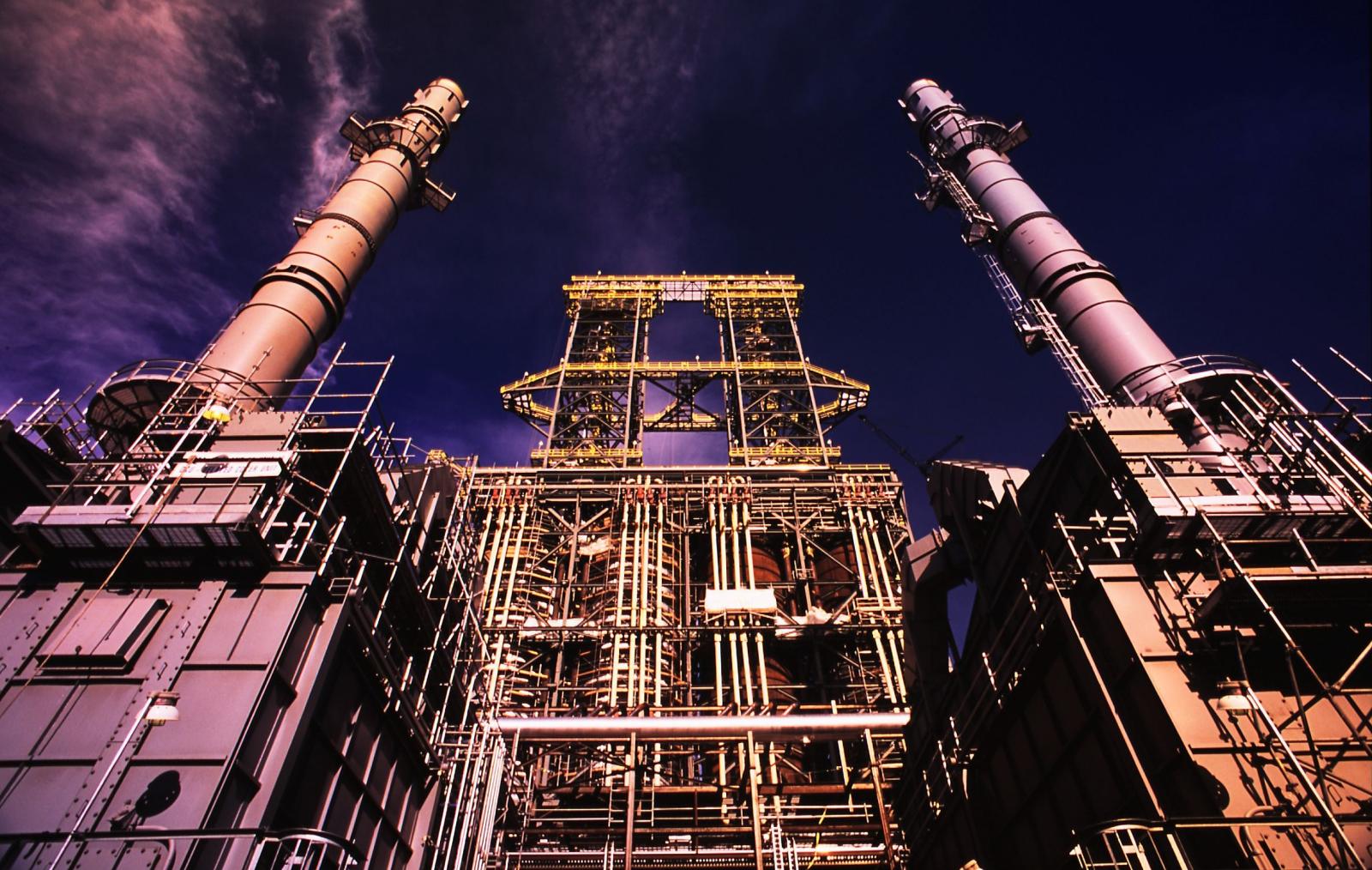 Anthropogenic global warming is too urgent a problem for environmental historians to get distracted chasing debates over narrative form (Declensionist? Hopeful?). If the Anthropocene is intrinsically historical, then the challenge for historians is to find answers that explain its causes, how and why it occurred and persisted. Climate scientists have identified what the anthropogenic agents of global warming were; it’s time for historians to identify who they were.

Culpability matters. To understand the history of Canada’s Anthropocene, we must be able to explain who exactly constitutes the “anthropos.” Assigning equal blame all around to a general “humanity” erases the inequities and systems of power that created and perpetuated the fossil fuel economy and the climate crisis itself. “We” are all at fault? “We” all did this? As Malm cautions, “the trope of the undifferentiated we does violence to the historical record.” [5]

The threat anthropogenic global warming poses to humanity is the product of some humans, not humanity itself. It is not the inevitable result of some intrinsic human nature, but a product of history. It is the outcome of particular choices by particular people at particular moments in time. Only context, contingency, and change over time can account for Canada’s Anthropocene.

[1] Andreas Malm, Fossil Capital: The Rise of Steam Power and the Roots of Global Warming (New York and London: Verson, 2016), 6.

[4] This is a familiar story for environmental historians. William Cronon’s 1983 book, Changes in the Land: Indians, Colonists, and the Ecology of New England makes a similar argument about European colonialism and the ecological degradation of New England.

A response to Sean’s response, by Alan MacEachern

Thanks for this response, Sean. The other contributors and I hoped our writing about Canada as an Anthropocene nation would get other scholars talking, and I’m glad to see that it has. I fully agree with so much of what you say here, of course. People within and between societies of the past and present have borne unequal responsibility for environmental conditions. If footprints are a proximate cause, systems are the ultimate one. (I do think your idea of the Anthropocene is too fossil fuel- and climate-focused. We should also think in terms of biodiversity loss, land use change, nitrogen and phosphorous use, etc.) And historians need to explore the roots of the Anthropocene.

But you could have made that argument without misrepresenting mine. When you protest against blame being “shared equally,” of “assigning equal blame around to a general ‘humanity,’” of “not the inevitable result of some intrinsic human nature,” a reader might reasonably assume I wrote in terms of equal blame, humanity, inevitability, or human nature. I didn’t. Likewise, rather than critique my analysis of “complicity,” meaning involvement in wrongdoing – introduced expressly because it was the 2017 word of the year – you choose to write about “culpability,” meaning outright blame.

You also scold me for employing what Malm calls “the undifferentiated we.” But my entire post is dedicated to differentiating the “we”s of the past and the present – which, by the way, is practically the definition of the Anthropocene. I get it: you want to focus strictly on differentiating across (and perhaps between) societies. Fair enough. I do think that comparing Uloqsaq to Robert Dunsmuir is rather stacking the deck, like an environmental addendum to Godwin’s Law. (“Do you know who’s really bad? Hitler. And coal barons.”) But it may also be useful to compare the carbon footprint of an Uloqsaq to that of an Inuk today.

I only really take exception when you declare that environmental historians shouldn’t “get distracted chasing debates over narrative form,” claim that our principal if not sole job is to find who caused / is causing the Anthropocene, and then assure the reader that the answer is – spoiler alert – others, not us. I think all of that is wrong. Narrative form, as we wrestled with in the roundtable, can make the difference between “just” telling a truth and having it heard and effect change. Historians can and should study, document, explain, and communicate the Anthropocene in any number of ways. And as for who exactly caused the Anthropocene, you yourself refer to “an elite few who extracted disproportionate material benefit from the fossil fuel economy while burdening the many with its consequences.” Across the wide swath of humanity, that does indeed sound like Dunsmuir, but it also sounds like me. Or you. You know: us.

2 thoughts on “Culpability and Canada’s Anthropocene: A Response”