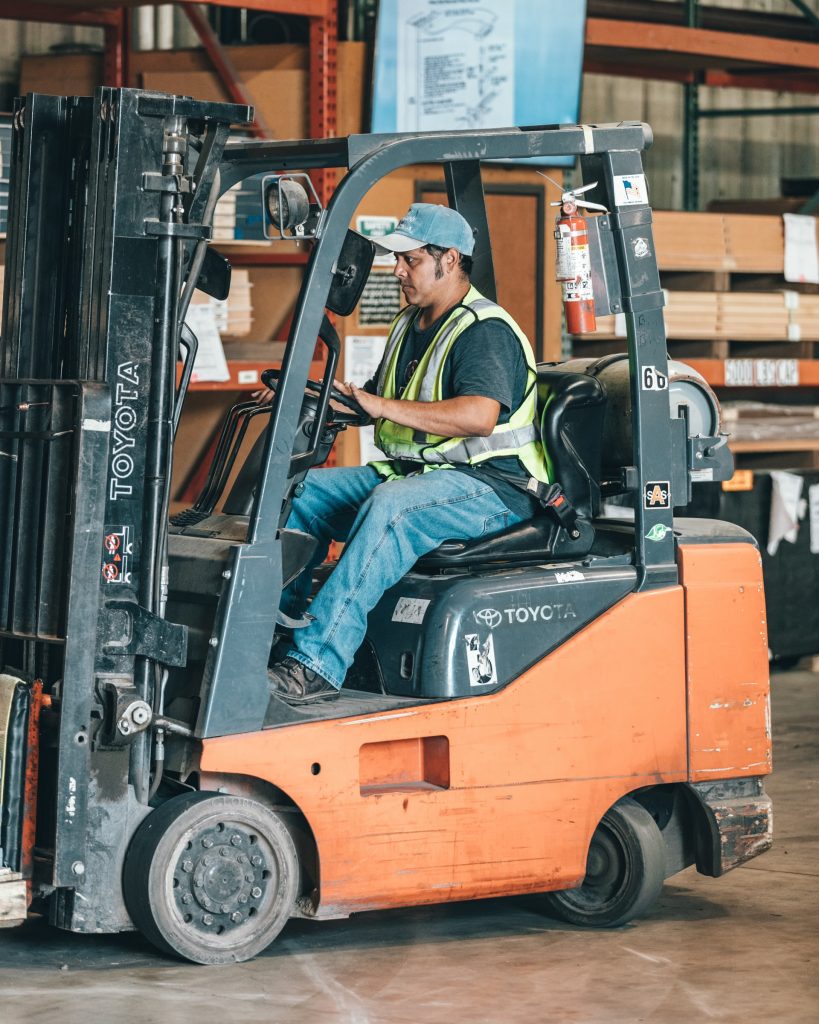 During COVID-19, thanks to e-commerce and video chats, it was possible for many workers to pick up their laptops and set up their office on the kitchen table. This could be stressful, especially for parents who had children at home, but at least these workers were safe from exposure to COVID-19. The essential workers powering distribution centres, manufacturing plants, and warehouses were not so lucky. These workers made online shopping and quarantine possible for the rest of the country but put their own lives at risk in the process.

Peel region, which was a hotspot for most of the pandemic, is home to thousands of these workers, with warehouses and fulfillment centers studded all over Brampton and Mississauga. Behind the Amazon packages and groceries being delivered to doorsteps are working class people, often immigrants to Canada, struggling to choose between staying safe at home or providing for themselves and their families. Sadly, health risks are nothing new for these workers in this rapidly expanding field, which relies heavily on precarious workers with little ability to fight for their rights.

Over the past two decades, there has been rapid growth in manufacturing, warehousing and shipping in the Peel region, a sprawling suburban municipality which includes Brampton, Mississauga and Caledon. Canadian historians write a lot about cities, but rarely about places like Peel, which has about the same population as Calgary or Ottawa-Gatineau. 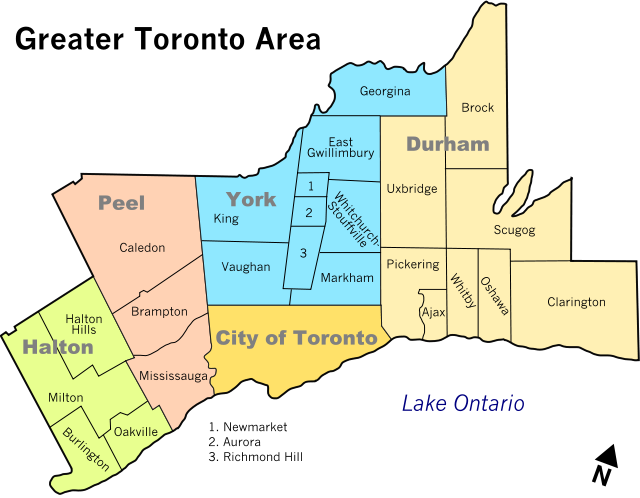 Located to the immediate west of Toronto, most North American markets are within a two-day drive from Peel. The region is interlaced by 400 series highways and commercial rail tracks and it is the location of one of the busiest airports in North America. It has open spaces for manufacturing and warehousing and access to both a well-trained labour force and many recent immigrants eager to find work. In addition to being one of the fastest growing regions in Canada, Peel is also one of the most diverse. Visible minorities make up 62.3% of the population, while 51.5% of Peel residents are new immigrants. Manufacturing continues to be the biggest economic engine in the region, but warehousing and transportation now account for well over 10% of jobs. With the rise of big-box stores, just-in-time delivery systems and now the rise of e-commerce, logistics operations, including warehousing and trucking, have become increasingly important to Canada’s economy. Logistics companies locate where there are good transportation networks and lower land and labour costs: in the Greater Toronto area, this means Peel. From 2002 to 2012, the number of logistics firms in Peel increased by 80%. Since then, Amazon alone has opened three new “fulfillment centres” in Peel.

Many of the workers in distribution centres are first hired by temp agencies. As Louis Hyman has shown, the world of work was transformed in the late 20th century as employers increasingly relied on temporary workers. This did not just change the work of temporary workers. While a small percentage of workers were temporary, all of them knew that “being replaced by a temp was not just a possibility, but part of the workforce planning at their firm.” Research has shown that temporary workers in Ontario are much more likely to experience workplace injuries than the average worker, the result of unfamiliarity with the workplace and lack of training. Moreover, they are less likely to report these injuries. Even permanent employees are unlikely to be protected by unions. Amazon is well-known for union busting activities, but it is not alone. Only 12% of warehouse workers are unionized. This, of course, is part of a bigger decline. Unionization rates in Canada have fallen dramatically over the past forty years, especially among men and younger workers. Unionized workers are more likely to be found in public sector work like health and education, while workers in rapidly growing fields like logistics remain unorganized and unable to fight for better working conditions.

Health and safety issues at logistics firms precede COVID-19. Many of the drivers that work for Amazon, for example, work as independent contractors through Amazon’s Flex programme or for small courier companies, which have exploded in recent years. When Brendan Kennedy went underground as a driver for an independent contractor that delivered for Amazon in 2019, his movements were tracked by the Amazon Rabbit, which also determined the routes. While this ostensibly allowed for a 30 minute lunch and two fifteen minute breaks, a variety of obstacles (slow elevators, closed businesses, lack of parking) cut into these break times and made it difficult to complete the work in the allotted time. Not surprisingly, injuries at the independent contractor were common – and occurred at a rate four times higher than other courier services.  This is not just a problem among drivers: injury rates at Amazon’s Toronto area facilities have doubled since 2016 and are 15% higher than the average Amazon facility in the US. An investigation by Sara Mojtehedzadeh of the Toronto Star showed that Amazon consistently disputed the claims.

Brampton, the home of many of the essential workers fuelling Peel’s logistics industry, has had rates of COVID-19 that are nearly 2 ½ times the Canadian average.  There have been at least 2000 cases in warehouses and transport companies. The numbers are undoubtedly higher – it can be hard to know exactly when and where transmission took place. Businesses claim that they have implemented physical distancing and sanitization measures, but employees say otherwise. Massive spikes in e-commerce meant that there were more employees in the same space further exacerbating obstacles to social distancing. Amazon is well-known for using tracking devices on workers to ensure that they maintain quotas. An exposé in Narcity showed that workers struggled to maintain physical distancing while keeping the required pace. Employees say that they are monitored even during bathroom breaks, and that even a few minutes spent off task can result in chastising from supervisors. According to Narcity, many of the safety measures put into place at Amazon’s fulfillment centres are only implemented at the door. The Globe and Mail reported in January 2021 that at least three dozen COVID-19 complaints at Amazon had been made to the Ministry of Labour: employees were concerned that mask wearing was not enforced, there was insufficient access to hand sanitizers, that physical distancing was not possible, and that people were not informed when colleagues tested positive.

During the pandemic, activist groups have fought hard for paid sick days, knowing that many workers cannot afford to take unpaid sick days. Low wages in these workplaces often leave workers living paycheque to paycheque. Taking a day off work might mean that your kids go without food or that you can’t make rent at the end of the month. Newcomers and temporary workers fear that calling in sick could cost them their jobs. Employers have incentivized workers to show up sick. During the winter rush in December 2020, Amazon told workers that were ill that they should stay home. At the same time, Amazon promised a $1000 weekly cash draw for workers with perfect attendance, undercutting their claim that they were urging sick workers to remain at home. After months of fighting for paid sick days and support for essential workers, the Ontario government implemented the Ontario COVID-19 Worker Income Protection Benefit program to provide employees with three paid sick days. It’s clear, however, that this is not enough. Along with the Canada Recovery Sickness Benefit, the new program is yet another temporary fix for a long-standing issue. Designed to support essential workers during the COVID-19 pandemic, the programs do not protect employees requiring time off for illnesses unrelated to COVID-19. What happens to these employees once these programs expire? More glaringly obvious is the argument that workers should be provided with more than three days of paid sick leave. A positive COVID-19 test or mandatory quarantine often mean missing 10-14 days of work, most of which will be unpaid based on the current program. Although some workers may apply for the Canada Recovery Sickness Benefit to compensate for this, many are ineligible due to the strict eligibility criteria that often exclude precarious and lower-income workers.

COVID-19 has exacerbated previously existed inequalities. In previous Canadian pandemics, workplace closures were uncommon and rarely lasted for long. During the Spanish flu epidemic in Winnipeg, theatres closed for six weeks, but most businesses stayed open. Although the 1918 flu epidemic also had disproportionate impact on working class people, as Esyllt Jones, Ann Herring and Ellen Korol have shown for Winnipeg and Hamilton, the increasingly exploitive nature of capitalism and the digitization of the workplace has meant that working-class people, especially racialized workers, are at even greater risk than their middle-class peers. We are hopefully nearing the end of the COVID-19 pandemic in Canada, but market watchers believe that e-commerce will continue to explode. This will mean more distribution centres and more couriers. The end of the COVID-19 pandemic will not bring an end to health and safety risks in those workplaces.

One thought on “COVID-19 and Warehouse Work: The Making of a Health Crisis in Peel Region”