By Allyson Stevenson[1] When I began this blog on January 29th, I had just returned to my office at the University of Regina after speaking about my research on an inspiring panel of powerful First Nations women leaders in Treaty 4 territory that included Chief Lynn Acoose, Chief Roberta Soo-Oye Waste, Dr. Priscilla Settee, and Dakota Elder Diane McKay. “The… Read more »

We are caught in a cycle where a large chunk of historians in the field are precariously employed. Tenured faculty and university administrators often ask about solutions to precarity from the people who are facing it during faculty meetings or when our professional associations meet, but they rarely act on suggestions. Precarity and those who face it are ignored as… Read more »

Women’s Leadership Echoing Through Generations: The Manitoulin Island Summer Historical Institute (MISHI) 2019 by Carolyn Podruchny and Katrina Srigley Ancestors, elders, leaders, youth, and those yet to come met together for the seven-day summer institute (MISHI) from August 19 to August 25, 2019 on Mnidoo Mnising (Manitoulin Island) to explore the theme of women’s leadership. Co-sponsored by the Ojibwe Cultural… Read more » 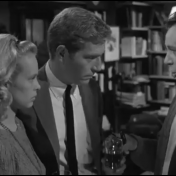