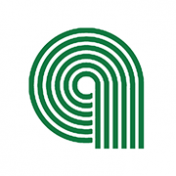 Mary-Ann Shantz A recent episode of CBC radio’s Sunday Edition highlighted the exodus of PhD graduates from academia and enumerated some of the many reasons for this phenomenon. The story prompted a flood of responses from other former graduate students and junior academics (“Life After Academia: Your Stories”). Recent blogposts such as, “Why So Many Academics Quit and Tell,” are… Read more »

By Erin Millions On Friday, February 9th, a jury in Battleford, Saskatchewan found farmer Gerald Stanley not guilty in the shooting death of a twenty-two year old Cree man, Colten Boushie. Canadians across the country have expressed their outrage at the verdict and organized protests, while Colten Boushie’s family mourns the lack of justice for their loved one. The verdict… Read more » 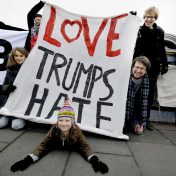 By Frank Cogliano On a recent trip to Sweden I encountered an elderly gentleman out walking his dog. We engaged in a brief conversation. Hearing my accent, he detected that I was an Anglophone and asked me if I’m English. “No,” I replied, “American.” He broke into a smile, laughed, and made a Nazi salute and said, “Trump!” We continued… Read more » 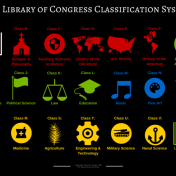 By Colleen Burgess and Thomas Peace In 1898, T. Watson Smith delivered a detailed lecture on the history of slavery in Canada to the Royal Nova Scotia Historical Society. In it he lamented: Our historians have almost wholly ignored the existence of slavery in Canada. A few references to it are all that can be found in Kingsford’s ten volumes;… Read more »

Adam Coombs Polemics by disgruntled academic outsiders have recently become a remarkably popular genre of writing. In the United States The Atlantic has published pieces discussing the “problems” of safe space and political correctness on campus, while in Canada we have Ron Srigley in The Walrus and Ted Rhodes in the Calgary Herald disparaging Canadian universities for their supposed embrace of… Read more »

By Elise Chenier There are few moments in life as self-defining as being awarded a PhD. I got mine in 2001 from Queen’s University, one of Canada’s “top” schools. The ceremony required me to kneel before the Chancellor who tapped me once on each shoulder with his mortarboard. It did its magic. When I stood up and crossed that stage,… Read more »

[This article was first published in the Canadian Historical Association Bulletin, 43.2, 2017, p. 32-33] By: Mary Jane Logan McCallum, Julie Nagam, James Hanley, Anne-Laurence Caudano and Delia Gavrus Our aim in this article is to document some of the recent activities that we have engaged in as a History Department to think critically about colonization and decolonization as history… Read more »

By Marie-Dominique Asselin Translated from HistoireEngagée.ca by Thomas Peace Last April, when speaking about the war in Syria, White House Communications Director Sean Spicer made a poorly framed comparison between the Syrian leader Bashar al-Assad and Adolf Hitler. For Spicer, Assad’s use of chemical weapons was far worse than that conducted by the German leader because – according to the White… Read more »