By Sara Karn Come along, be merry, join our Jubilee. Mars has got the knock-out, Peace is in, you see. Toot your little tooter, deck yourself with flags. Grab your feather tickler, be among the wags. Don’t forget the powder, sprinkle it around. Laugh-it will not hurt you; make you strong and sound. Show you are a human – be… Read more »

http://activehistory.ca/wp-content/uploads/2018/10/History-Slam-122-Conservative-Media.mp3Podcast: Play in new window | DownloadBy Sean Graham Accusations of media bias are a hallmark of 21st century political debate in the United States. From claims that the ‘mainstream media’ opposes the Republican Party to hyperbolic accusations of Fox serving as a form of government propaganda, there is no shortage of distrust when it comes to news outlets. It… Read more » 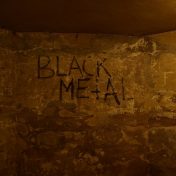 By Jonathan McQuarrie It turns out rap is a perfect medium for history. Hamilton has become a touchstone musical, winning laurels from a range of audiences from musical aficionados to people (like me) who are never quite sure why everyone is singing. Its wide appeal has made it a notoriously difficult ticket to get—as of this writing, the tickets are… Read more »

By Cecilia Morgan It opened with a number of trumpet calls, followed by the boom of cannons. Then the curtain rose and the central attraction of the 1917 vaudeville production Liberty Aflame was revealed: Julia Arthur, dressed as the Statue of Liberty. According to theatre reviewer Alan Dale, “Miss Arthur stood, as all stars love to stand, in the absolute… Read more »

http://activehistory.ca/wp-content/uploads/2016/01/Continental-Cup.mp3Podcast: Play in new window | DownloadBy Sean Graham This past weekend at the Orleans Arena in Las Vegas, Nevada, curlers from around the world competed in the Continental Cup. Four Canadian teams and two American teams made up Team North America while Team World consisted of teams representing Norway, Sweden, China, Japan, Switzerland, and Scotland. In one of the… Read more »

By Ian Milligan Was the past a happy place? Could we take a large array of information and learn whether there was an emotional content to it? I’ve been increasingly curious about how we can apply a host of tools that data miners are using on contemporary information to large repositories of historical information: could we learn something new from… Read more »