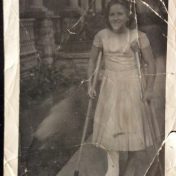 Tyler Britz For the past 2 years, I have been living through a pandemic, while researching a historical epidemic. In mid-2020, I had just finished up my third year of undergraduate studies at Wilfrid Laurier University when Dr. Tarah Brookfield recruited me into an undergraduate research project. The idea was to interview the generation that experienced the last major outbreak… Read more »

https://activehistory.ca/wp-content/uploads/2022/06/History-Slam-217.mp3Podcast: Play in new window | DownloadBy Sean Graham For every strong, thriving community, there are people actively keeping it alive at its centre. Whether that’s hosting events, checking in on others, or sharing the living memory of the place, these individuals build an environment where stories are shared and passed to the next generation. But when they’re gone, what… Read more »

https://activehistory.ca/wp-content/uploads/2022/01/History-Slam-198.mp3Podcast: Play in new window | DownloadBy Sean Graham In the 10 years that we’ve been doing the History Slam Podcast, I’ve learned that there is no correct way to tell historical stories. Over the years we’ve talked with playwrights, musicians, and literary authors about the ways in which they tell accurate (and moving) stories from the past within their respective… Read more »

https://activehistory.ca/wp-content/uploads/2021/02/History-Slam-178.mp3Podcast: Play in new window | DownloadBy Sean Graham In this episode of the History Slam, I share the second segment of the 5-part documentary series How We Helped: Stories from Eastern Ontario Social Workers. Using first-hand accounts, the episode looks at who becomes a social worker and delves into their stories. From social workers enlisting in the army during… Read more »

https://activehistory.ca/wp-content/uploads/2021/01/History-Slam-173.mp3Podcast: Play in new window | DownloadBy Sean Graham In 1935, a group of Ottawa social workers came together to form the Eastern Ontario Branch of the Canadian Association of Social Workers. Over the next 85 years, the group underwent a number of changes, including becoming part of the Ontario Association of Social Workers, but its role in representing the… Read more » 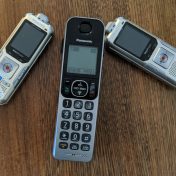 By Isabelle and Ian McCallum Starting the summer vacation at the Simcoe County archives, museum and the Barrie library may seem as a different approach to welcoming the holidays. My 11 year old daughter, Isabelle, and I, however, were on a research mission to uncover the story about “Bottomless pond.” Having completed a ghost story project for her class, highlighting… Read more »

https://activehistory.ca/wp-content/uploads/2019/06/History-Slam-132.mp3Podcast: Play in new window | DownloadBy Sean Graham Tomorrow is the 75th anniversary of D-Day, a day that is incredibly significant both in the military history of the Second World War and the collective memory of that conflict. The latter has been greatly influenced by the many depictions in film of the landings on the 6th of June 1944… Read more »

This is the first of several posts marking the 75th anniversary of D-Day and the end of the Second World War as part of a partnership between Active History and the Juno Beach Centre. If you would like to contribute, contact series coordinator Alex Fitzgerald-Black at alex@junobeach.org. By Anne Gafiuk Flight Lieutenant Harry Hardy, 440 Squadron, Royal Canadian Air Force,… Read more »