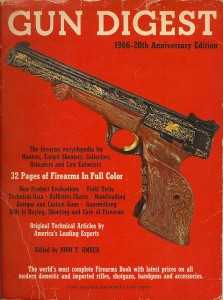 On December 14, 2012, a man forced his way into an elementary school in Newtown, Connecticut and killed 26 people. In a scene re-played far too often, that unspeakable horror led to a fresh round of debate over the reasons for why the United States suffers from gun violence at such a disproportionate rate when compared to the rest of the industrialized world. Following the tragedy, President Obama pointed out that it is a complicated issue that needs to be examined in its entirety. The debate, however, generally consists of people on the left screaming about the need for tighter gun control, while people on the right yell about a popular culture that has desensitized the nation’s youth to violence. At some level both sides are correct: guns are too easy to get in the United States and pop culture (including the news media) does glorify violent behaviour. One aspect that has been overlooked, however, is the influence of the nation’s founding mythology in promoting gun violence.  The American experience has been marked by a willingness to stand up and fight for the nation. In this context, violence is not presented as an unfortunate reality of nationhood and national defence, but rather as an expression of American strength and sovereignty. History doesn’t repeat itself, but it rhymes.

The most prominent identification of this narrative comes from Frederick Jackson Turner’s frontier thesis, which states that as the United States moved west, it brought freedom and democracy to the previously savage and inhospitable lands. Along the way, the frontiersman needed to be stripped of his European attitudes and re-built as a true American – a task usually achieved by taming the land (and people) through violence. Whether this came in the form of hunting or fighting indigenous people, the frontiersman’s identity came from his ability to assert his dominance on his surroundings. What is essential to point out, however, is that the violence was not forced on the frontiersman, but rather sought out as a means to redeem himself and declare his authority.

The frontier thesis is important because it permeates so many aspects of American life. It has been argued that American foreign policy is primarily guided by the frontier mentality. When the American frontier disappeared in the late 19th century, the United States used its foreign policy the same way it used western expansion. The acquisitions of Hawaii and Puerto Rico started this trend and through the course of the 20th century the frontier was replaced with South America, Korea, the Moon, Vietnam, and Iraq with the guiding principle being the same as it was in the American West: civilize the ‘savage’ lands and people with American ideals. Obviously each situation was different, but the basic pattern remained the same. History doesn’t repeat itself, but it rhymes.

The strength of this narrative has found its way into American films, the vast majority of which follow this basic plot of the frontier: the protagonist is introduced, reduced through some traumatic event, and re-built through a heroic act, usually involving violence. From Airplane to The Lion King to The King’s Speech, these basic tenets, popularized in 1930s Westerns, can be found in virtually everything coming out of Hollywood. History doesn’t repeat itself, but it rhymes.

Take The Man Who Shot Liberty Valance (1962), a film that closely adheres to the frontier thesis. The film follows Ransom Stoddard (Jimmy Stewart), a young lawyer who has followed Horace Greely’s advice to go west with the goal of using the law to bring order to the wild frontier. After arriving in the fictional town of Shinbone, Stoddard is confronted by the reality that the legal system has no place in the west. The local ‘good guy’ Tom Doniphon (John Wayne) tells a just-robbed Stoddard that he needs a gun in order to survive. When Stoddard resists, Doniphon continues by derisively saying that “I know those law books mean a lot to you, but not out here. Out here a man settles his own problems.” Undeterred, Stoddard sets up a school to teach literacy to local residents and starts a campaign for statehood. While some in the community support his cause, it is not until Stoddard is credited with the shooting of local villain Liberty Valance (Lee Marvin) that he earns widespread support and, most importantly, legitimacy.

For the Stoddard character, killing another man (or at least being credited as the one who killed Valance) was the key to his success. He became so valued in the community that he was elected Senator. The violence was also redemptive to him personally as it was Valance who robbed him upon his arrival in Shinbone. Being seen as the man who killed Valance allowed the character to redeem himself and re-claim his masculinity in the eyes of the town. While the character himself struggles with this reality, the message is clear: redemptive violence is a pathway to success.

American history is filled with examples that reinforce that message. The Civil War is a perfect case of violence being celebrated as a rejuvenating force in American life. Remembered as the war that ended slavery, the Civil War is the pinnacle of redemptive violence. The horror on the battlefields and the 600,000 dead are held up as being secondary to the achievement of freedom. The death and violence of the war renewed the nation and gave a fresh appreciation of what it meant to be an American. History doesn’t repeat itself, but it rhymes.

The death of Osama Bin Laden can also be seen in this context. When the news started to filter out, people rushed to Times Square to celebrate. That night’s Philadelphia Phillies-New York Mets game was overshadowed by a chorus of U.S.A. chants. Again, the violence was redemptive and used as an opportunity to heal. Obviously Osama Bin Laden needed to be brought to justice and by no means do I intend to be critical of the decision to use lethal force, but we can use the reaction to his death to examine how redemptive violence has become a critical element of the American ethos. History doesn’t repeat itself, but it rhymes.

Presidential politics is not immune to this either as, until recently, Presidents were expected – almost required – to have a background in military service. George Washington achieved heroic status by commanding the continental army. Andrew Jackson’s political career was built on his success as a General in the Battle of New Orleans. Seven Presidents served in the Civil War. Starting with Dwight Eisenhower, five consecutive Presidents served in World War II, while Jimmy Carter and Ronald Reagan served stateside. George W. Bush’s military record was a source of great controversy and John McCain’s failed campaign in 2008 centred on his status as a war hero. History doesn’t repeat itself, but it rhymes.

On its own this is not an alarming trend, but when put into the context of the frontier in American history it is a sign that engaging in violence is a prerequisite to citizenship and a path to success in the United States. That violence has been seen as a redemptive force is dangerous because the message that emerges is that when a person is at their low point, violence can be the source of rejuvenation. Ransom Stoddard was at his lowest point when he picked up a gun – he then became a successful Senator. The American Union was at a breaking point when war began – it then became the bastion of freedom and liberty. Americans were scared and left in tears on that fall Tuesday in 2001 – they could again feel safe that Sunday night in 2011. Each time the recovery was triggered by violence. History doesn’t repeat itself, but it rhymes.

For 99.99% of the population, this will not lead them to pick up a gun when they reach a low point. But the danger comes from the 0.01% that see this and think that they can use violence as a viable solution to their problems. The common thread between the perpetrators of mass shootings – with the variable of mental illness – is that they tend to be withdrawn from their communities and generally have experienced some sort of hardship immediately preceding their crimes. They have been taught – even implicitly – through the nation’s history and dominate mythology that when you’re down, violence can be your way out. That is what makes it a remarkably dangerous narrative. History doesn’t repeat itself, but it rhymes.

Clearly within this environment people should not have easy access to guns nor should the media fixate on those responsible for committing these crimes to the point where they achieve a level of notoriety. Trying to identify a singular motive for taking a gun to a school, mall, or movie theatre is a folly – the issue is too complex for that. But when thinking about ways to prevent these tragedies, it is instructive to look to the past to see how the national mythology can inform our attempts to understand the incomprehensible. History doesn’t repeat itself, but it rhymes.

Sean Graham is a doctoral candidate at the University of Ottawa where he is currently working on a project that examines the early years of the Canadian Broadcasting Corporation. He is also the host of the History Slam podcast on activehistory.ca.

2 thoughts on “Gun Violence in the United States: The Frontier Mentality”