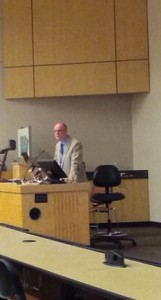 On June 4th 2013 Lyle Dick delivered his Canadian Historical Association (CHA) presidential address, titled “On Local History and Local Historical Knowledge.” Dick spoke at the CHA Annual Meeting in Victoria, BC. A long time employee with Parks Canada, he is also the author of numerous books and articles on the history of Canada.

Dick’s address is part of a tradition in which outgoing presidents of the CHA reflect on the practice of history and the historical profession in Canada. Dominique Marshall, a professor at Carleton University, replaces Dick as CHA president and introduces him here.

ActiveHistory.ca is happy to present a recording of the address and thanks Lyle for his hard work as CHA president.