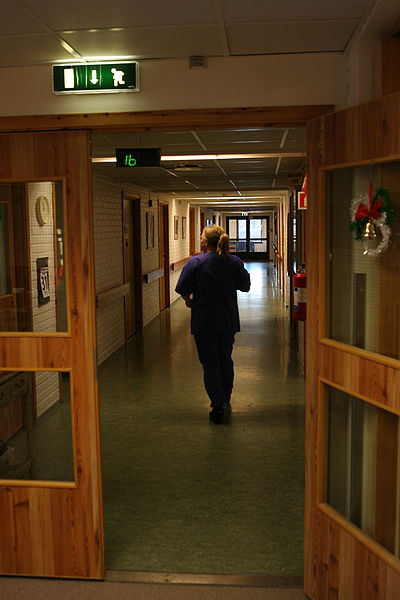 Almost 300 nurses in the Halifax region of Nova Scotia walked off the job on Tuesday in a one-day wildcat strike, although those working in cancer care, emergency and dialysis units, and veterans care remained at work. The ongoing dispute between the Nova Scotia Government and General Employees Union (NSGEU), which represents more than 2,400 nurses and nearly 35,000 other healthcare workers, and their employer, the Capital District Health Authority, is twofold: the union is asking for an increase in nurse-to-patient ratios while also challenging the controversial “Bill 37.” The bill, also known as the “Essential Health and Community Services Act,” seeks to deny nurses, paramedics, and 911 operators the right to strike until an essential services agreement is put into place. Such an agreement would see senior nurses pulled from their duties to negotiate the terms of “essential services” with employers for several months before any collective bargaining takes place.

The striking NSGEU workers were ordered back to work on Tuesday, and the union has announced that legal strike action is scheduled to begin on Thursday morning. The Nova Scotia Nurses Union (NSNU), who represent an additional 6500 nurses in the province, are not in a position to strike but have declared their shared opposition to the planned legislation. With these issues in mind, as nurses and other healthcare workers are poised to strike and the provincial government seeks to limit their right to do so, we have an opportunity to briefly explore the history of healthcare and nurses unions in Canada and to reflect upon the continued importance of organized labour in fighting for the rights of Canadian workers. 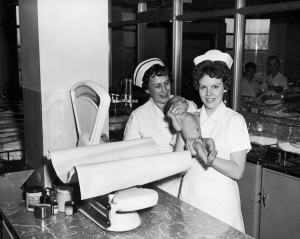 Until the 1960s, when public sector unionism exploded in Canada, most nurses were affiliated with provincial nursing associations; as historian Linda Kealey writes, “as public sector workers began to make gains as unionized employees, nurses gradually accepted the idea of unionization.” [1] In nearly every province, with the exception of British Columbia and Quebec, nurses were affiliated with local collective bargaining units by the early 1970s. In 1973, the Supreme Court of Canada decided that nursing associations could no longer act simultaneously as collective bargaining agents, as some affiliated nurses also sat on managerial boards. [2] This decision prompted the establishment of individual nursing unions in several Canadian provinces; the Saskatchewan Union of Nurses (SUN) was established in 1974, for example, and the NSNU emerged in Nova Scotia in 1976. [3] The NSGEU developed separately, and was created in 1979 out of the pre-existing Nova Scotia Civil Service Association. [4]

The major demand of the nurses in Nova Scotia, a higher nurse-to-patient ratio, reflects the emergence of contingent or flexible work in the so-called “new economy” of the late 20th century. In another context, Anthony Winston and Belinda Leach have examined several Ontario industrial firms to reveal how “flexible employment,” characterized by multi-skilled labour, team-based managerial strategies, and “individual empowerment” within the workplace, does not provide levels of remuneration, workplace benefits, or employment security that are comparable to other workplaces that do not employ these strategies. Or, as historian Bob Russell describes it, Canadian workers have been forced to “do more with less, for less.” [5] While these studies deal with heavy industry, parallels can be drawn with the experiences of nurses and other healthcare providers in Canada.

In a policy paper created by Canadian Policy Research Networks in 2007 for the Office of Nursing Policy, Health Canada, Renée Torgerson identifies an increase in paid and unpaid overtime, unpredictable employment, and workplace safety as some of nurses’ primary concerns related to understaffing. These issues are not new; Torgerson highlights, for example, a section from a 2002 report by the Canadian Nurses Advisory Committee where they recommend:

All employers should employ sufficient numbers of staff to provide support functions (clerical, environmental, food services, porters) to allow nurses to focus fully on the direct care needs of patients and clients. [6]

Certainly, the scholarly literature reveals some of the benefits of increased nurse-patient ratios. One 2013 article in the Annals of Internal Medicine, Paul Shekelle describes how “the strongest evidence supporting a causal relationship between higher nurse staffing levels and decreased inpatient mortality comes from a longitudinal study in a single hospital that carefully accounted for nurse staffing levels and found decreases in mortality of 2% to 7%.” Shekelle does caution, however, that more research in this area is necessary. [7] Premier McNeil, on the other hand, argues that no other provinces in Canada have implemented such a plan and, ostensibly, Nova Scotia should not be the first. 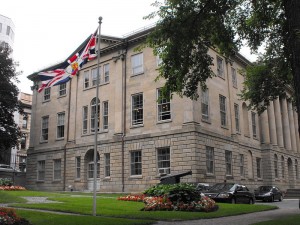 The province’s decision to attack healthcare workers right to strike is symptomatic of a broader anti-labour shift that has emerged under neoliberalism since the 1980s. In demanding that the NSGEU submit to essential services negotiations, the Liberal government is undercutting the union’s ability to strike in a timely fashion. They should be aware, though, that Canadian nurses have not historically shied from direct action; in 1969, before New Brunswick nurses had access to collective bargaining and the right to strike, nearly half of the province’s nurses resigned en masse in protest of low salaries and poor treatment. The dispute was settled after nine days with a substantial pay increase for the nurses. In 1975, the province’s nurses undertook a “sick-in” campaign whereby they began calling in sick, lobbying the province, and protesting in the streets to draw attention to pay inequity. [8] In neutering the right to strike, the Liberals open the door to similar types of direct action. While this decision could prove a political misstep for the provincial government, Nova Scotia’s healthcare providers and patients in an already-understaffed system are certain to bear the brunt of this attack on workers’ rights. 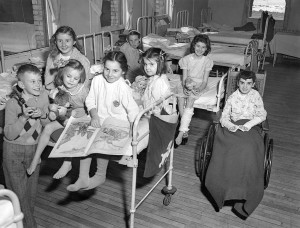 [6] Renée Torgerson, “Not There Yet, Improving the Working Conditions of Canadian Nurses,” Prepared for Office of Nursing Policy, Health Canada (June 2007), 8.