Hands up if you’ve heard of the Canadian Rangers. Don’t worry, I hadn’t heard of them either before reading this book. The Canadian Rangers are a component of the Canadian Forces (CF) who operate at a local level with community volunteers in Canada’s sparsely populated northern and coastal areas. As an anthropologist with a good knowledge of Canadian history, I was at first a little ashamed of my ignorance, so I conducted a very unscientific survey: I asked three graduate students and two professors in Canadian history education what they knew about the Canadian Rangers. One of the students had heard of the Rangers while visiting Whitehorse. Another grew up in Iqaluit and knew a lot about them. The third student and both professors had no idea what I was talking about – one asked if they were a sports team. Author P. Whitney Lackenbauer notes that many Canadians are unaware of the existence of the Canadian Rangers, including defence officials and Prime Ministers. So, if you didn’t raise your hand, you are excused. If you want to learn about the Rangers, P. Whitney Lackenbauer’s new book, The Canadian Rangers: A Living History, provides a detailed history.

The book’s whopping 658 pages offer a chronological overview of the Rangers’ history from 1942 to 2006, and include well placed photos and images (except perhaps for 16 pages of photos in the middle of the endnotes, which puzzled me). Lackenbauer accomplishes an amazing feat with The Canadian Rangers by combining primary research and oral history. Lackenbauer even participated firsthand in Ranger training exercises. There are two major themes throughout the book: firstly, disagreements within the military about the Rangers’ role and scope of activities – indeed their very raison d’être; secondly, the relationship between Aboriginal Rangers, particularly Inuit, and the military. According to the author, the reasons for having a volunteer military force in Canada ranged from protection from potential enemy invasions in WWII, through an assertion of sovereignty vis-à-vis the U.S. during and after the Cold War, to the development of positive relations between Aboriginal communities and the Canadian state. 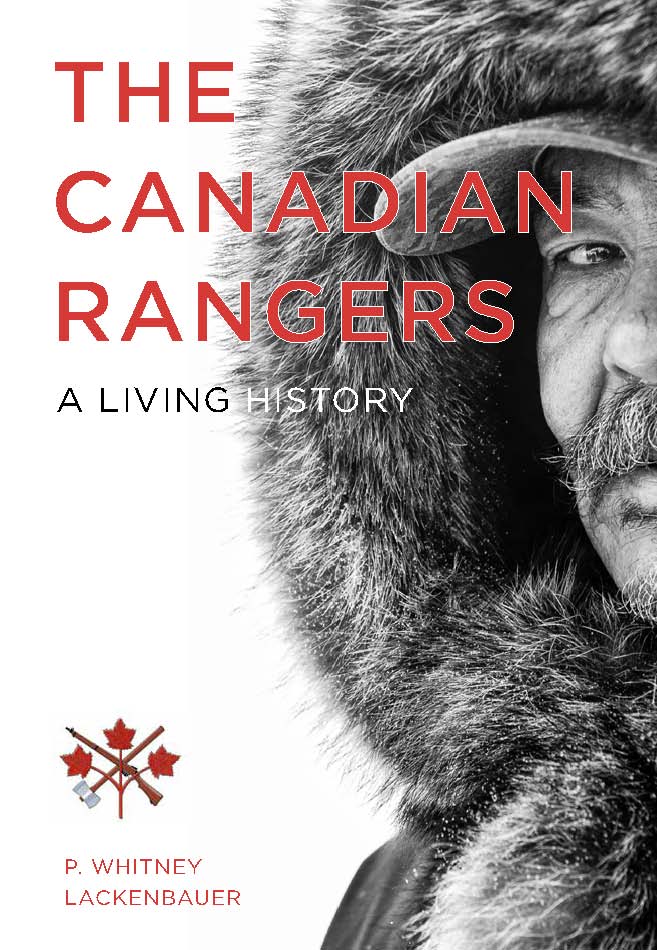 The brainchild for a national Rangers organization was born of the Pacific Coast Militia Rangers who operated on the West Coast during WWII to protect against potential enemy attacks. After the war, some in the military thought it would be a good idea to have locals be Canada’s “eyes and ears” in regions that did not have a regular military presence (438).

From the very beginning, however, there were questions about the Rangers’ role and purpose. As early as 1949, there were calls to abolish them altogether since they were seen by some in the CF as disorganized, poorly trained and badly equipped. National headquarters could not (and sometimes would not) provide them with the necessary training and equipment. The book highlights disagreements within the CF, particularly among those responsible for the Rangers and mucky-mucks in Ottawa. However, supporters of the Rangers persevered, and the federal government became more amenable to keeping them in operation in the 1950s over fears of a Russian invasion of North America. The issue of sovereignty continued when the Cold War was waning because of incidents such as the unsanctioned sailing of American ships through Canadian waters. One journalist noted: “interest in the Rangers seems to rise and fall according to the latest U.S. ship going through the Northwest Passage” (285). In the late 1980s, and early 1990s, assertion of sovereignty appeared to be the Rangers’ main role, as they reported several submarine sightings in the North. As recently as the early 2000s, the Rangers were seen as a fixture in the North, responsible for the assertion of Canadian sovereignty in the region. Still, the exact nature of their role remained unclear.

The Rangers were also viewed as a way for the military to forge positive relationships with Aboriginal peoples. In the 1990s a Junior Rangers program for youth was established to address social problems in Aboriginal communities. This program was criticized by some within and outside the military as being “a social service” and “a dilution of the seriousness of the Ranger business” (366).

Although Lackenbauer generally paints a rosy picture of the relationship between the CF and Aboriginal communities, he does cite a few instances of political friction. For example, in 1991 an Inuvialuit government organization threatened legal action when the military planned Ranger exercises in the region without going through the proper channels for permission and without offering to pay the community for use of its land (326). But for the most part, Lackenbauer maintains that the Rangers were an example of positive Aboriginal-military relations, contrasting this relationship with what occurred during the Oka Crisis in 1990 and other First Nations-led occupations in Canada.

The book has its shortcomings. Some significant information is relegated to endnotes, the issue of forced relocations of Inuit communities being a case in point. Since Canadian sovereignty is a major theme in the book, and these forced relocations that were implemented to establish state sovereignty had dire consequences for the communities involved, a discussion of their impact on Aboriginal peoples should be included. Another issue is that, throughout the book, it is obvious that the author supports maintaining the Rangers. He begins several sentences with “Fortunately,” following descriptions of their possible demise and subsequent reprieve. Although it is fine to have an opinion on an issue, as an historian the author should be more transparent with his biases.

This book is not for a general reader, or someone wanting to learn about the communities in which the Rangers operate. Although a few snippets about individual Rangers and their communities are given, the book doesn’t provide enough detail on any one community to really get a sense of its relationship with the CF. It would be excellent reading for military history buffs or as a resource in a university level course.

Anne Marie Goodfellow has a PhD in anthropology from UBC, and is currently Manager of the History Education Network/Histoire et éducation en réseau.