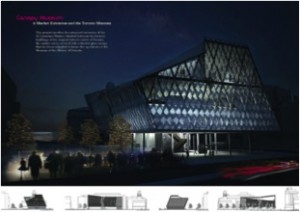 Figure 1: One of the more dramatic past concepts for a Toronto Museum, by Sandro Thordarson.

By Daniel Ross and Jay Young

The Toronto Civic Museum, Humanitas, the Global City Museum: over the last forty years Toronto has seen a number of bold proposals for a city museum, but up until now there has been a distinct lack of shovels in the ground (or exhibits in the halls, as the case may be).

That may change soon. A workshop on June 3rd marked the launch of the Museum of Toronto (MoT) project, an attempt to breathe new life into an old—but still very relevant—cause. What does it mean to create a city museum for a diverse metropolis like Toronto? How can this new initiative reach its potential?

When we were invited to take part in a Visioning Workshop for this new initiative for a city museum for Toronto, we didn’t really know what to expect. But as Toronto historians, we were excited about the prospect of getting our two cents in on what stories a city museum should tell, and how.

The workshop took place in St. Lawrence Hall, itself a key part of the city’s early history. In the mid- to late nineteenth century, the Hall was a key hub for Toronto’s social life, site of artistic performances, speeches, meetings and public gatherings. So, quite fitting that the workshop was held here. There were around fifty people in attendance, from a range of walks of life, including two former mayors, a half-dozen historians, a number of digital media professionals, and the facilitators, all architects and urban planners.

Over the course of the day we broke into small groups and discussed some of the basic content and practices that the museum should adopt. Surprisingly, given the different backgrounds of the participants, there was a high level of consensus on a number of topics. One key idea that came across in the workshop was that the future museum must see itself as a museum for—and tell the stories of—all Torontonians, a mirror of the city. Again and again, participants expressed the wish, no doubt brought to mind by Toronto’s perceived suburb/downtown political divide, that the museum speak to a constituency that includes all areas of Toronto, and not just the places that “look old” or seem to have the most historic bits. Equally, stories of immigration—and its crucial role in shaping individual experiences and constructing the city as we know it—were high on all our lists for future museum exhibits. After all, arrival and integration (and the problems and possibilities that accompany those experiences) are some of the most familiar stories in the GTA, where almost half of our citizens are foreign-born.

The idea for a city museum in Toronto is not new. In fact, the first talk of such an institution came as part of a kindling of heritage awareness during the 1960s, when advocates sought to preserve historic downtown buildings from the pressures of redevelopment in a period of intense growth. On the heels of the completion of a bold New City Hall building in 1965, proposals began to circulate for a civic museum in the Old City Hall building, which was threatened more than once with demolition.

The city already had established museums by the 1960s, among them the impressive Art Gallery of Ontario (AGO) and Royal Ontario Museum (ROM). But there was nothing in those institutions that really reflected Toronto’s identity or past as a city. The civic museum was an attempt to change that: why shouldn’t Toronto join London, New York, and other metropolises that had their own city museums? All the better if saving an historic building was added to the bargain. Some versions of the 1960s and 1970s plan for a museum were quite elaborate, including among other elements a research library, space for discussion of civic issues, a tea room and a bar. But overall, the emphasis was on showcasing artifacts: the growing number of documents, mementos, and historic knick-knacks that the city had accumulated over the years, everything from letters home written by soldiers of the First World War to a 1792 plan of the harbour.

Old City Hall was saved. But in the end the city chose revenue over institution-building and leased it as a provincial courthouse, a function it still serves today. As a result, the museum plan was shelved. This fiscal conservatism would become a recurring theme for failed museum proposals over the next four decades, just as it came to define discussions of transit infrastructure and other large-scale public investments. Generally speaking, since the end of Metro Toronto’s era of “boomtown” development in the late 1960s, the city administration has been very reticent when it comes to committing public money to major building projects. After a period which saw the construction of Ontario Place and the Science Centre, and expansion at the ROM, public funds for cultural institutions largely dried up, both locally and at the provincial and federal levels. More often than not, cultural institutions have had to fend for themselves, a situation which has favoured large, established museums—the AGO and ROM—and made it that much harder for major new projects to get off the ground. 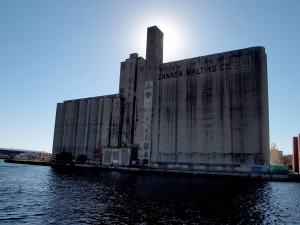 More recent attempts in the mid-1980s and 2000s also sought to create a Toronto museum. But they too have been plagued by a shortage of funds. In 1985 city council created a Museum Task Force to study the idea, resulting in a long series of public consultations. Their report mentioned several possible sites, including Old City Hall, the disused Canada Malting Plant at the foot of Bathurst Street, and over and around the soon to be decommissioned York Street exit ramp from the Gardiner Expressway.

During this bout of interest, plans began to move away from displaying historical artifacts towards engaging with the bigger themes and stories behind them. A 1985 Toronto Star column calling for a museum pointed to the example of the Museum of New York, whose director operated by the maxim that “a museum is not a collection of objects, it’s a collection of ideas!” It went on to argue—very much capturing the spirit of the day—that a museum should be for everyone, reflecting the diversity and fluidity of urban life in the city.

However, amid concern for the $40 million price tag attached to such a museum, nothing came of these plans. And two decades later, city officials were once again investigating the Canada Malting site. This time there was talk of partnering with private developers to build a massive, $150-200 million structure, and city council committed $20 million in future funds to the project. Then came the 2008 financial crisis, and suddenly plans became much more tentative, not to mention scaled back to a smaller site in the Old City Hall courtyard or at Casa Loma.

Clearly, funding will be a major issue in order for the current initiative to become reality. One topic of discussion at the workshop explored the ways in which museums today are exploring unconventional means to generate funding, ranging from facilities rentals for private events to hosting exciting “pop-up” type activities to attract a wider range of visitors, to creating cool “merch” that plays off the city’s identity. After an initial fundraising drive to raise capital costs, this limited commercialization of the space would help to put the MoT on solid footing as far as operating costs are concerned. Such activities have the added benefit of overcoming stereotypes of museums as stuffy, dusty places. We’ve seen this in action over the past few years at the wildly popular ROM Friday Night Live events, which bring dancing, drinking and dining to the museum space.

Digital infrastructure and engagement—for example, a web portal of Toronto stories, documents, and other pieces of the city’s past—could have a similar effect of bringing the museum’s content to a wider audience. One point that came up again and again during the MoT workshop was that the future museum must make developing digital content, from online exhibits to apps that will bring the museum into the streets (Toronto in Time is a great example), one of its main priorities.

Although Toronto lacks a city museum, it does have a large community of people dedicated to celebrating and preserving its past. This is a city that, more than ever, is intensely aware of its history, whether that is expressed through recent publications, new digital resources, the proliferation of plaques, or lecture series at public institutions like the Toronto Public Library. And it is chock full of museums: over fifty, in our estimate. The City alone operates ten, from the popular Fort York site to the lesser-known Spadina Museum. Alongside those sites are dozens of other museums and historical sites, ranging from the modern CBC Museum to the colonial-era Black Creek Pioneer Village. Many tell very specific stories—of an ethnic group, a building, an historical event—that often are excluded from sweeping overviews of Canadian or local Toronto history. For example, the city boasts three regimental museums and at least two small museums dedicated to Ukrainian artifacts and culture. It will also soon be home to a museum of Islamic arts and culture endowed by the prolific Aga Khan.

Figure 3: City museums, from Montgomery’s Inn to the Spadina Museum. City of Toronto

A future city museum will have to recognize—and indeed could benefit from—this web of engaged institutions, groups, and individuals. In this sense, a city museum of Toronto could serve as the “big tent” that introduces Torontonians and visitors to its larger narratives and complicated pasts, while igniting an interest in digging deeper about the particular themes explored at existing public and private museums. It could act, both online and in its galleries and events, as a portal or hub to more learning about Toronto’s diversity and history.

We left the workshop feeling optimistic. So did former Mayor David Crombie, who has been one of the most prominent advocates for a city museum for more than four decades. “It was a great kick-off to a new and very promising initiative,” Crombie noted. “People are very enthusiastic about it.” As the MoT project evolves and takes shape, it will continue to seek input from community groups, civic leaders, and City Hall. This inclusive process will be a key part of the museum living up to its role as a place for all Torontonians. After forty years of discussion and debate, the city of Toronto may have its own museum in the near future.

8 thoughts on “An Idea Whose Time Has Come: A City Museum for Toronto”