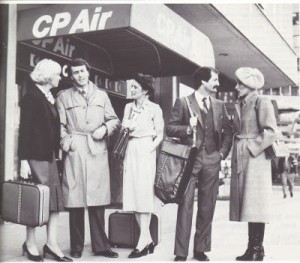 Transport Canada recently announced a plan to change the number of flight attendants Canadian airlines are required to staff on specific commercial flights. The current national standard, developed in 1968, is one flight attendant for every forty passengers. If the regulation is changed, this ratio will drop to one in fifty.

Airlines have led the push for a higher ratio. They argue that passenger safety will not be jeopardized, jobs will not be lost, and Canada will be aligned with the international standard, which itself has shifted over time. Fairness is also an issue, given that the federal government granted exemptions last year to two airlines, WestJet and Sunwing, to operate at the lower ratio. The airlines left out now want the same privilege.

Opponents, led by the Canadian Union of Public Employees, see the change as a cost-cutting measure by airlines that will lead to pink slips. They also point out that Transport Canada concluded in its last review eight years ago that the current ratio was best for safety purposes. Critics argue that risks to passengers will also increase if the ratio is changed, since some exits on certain aircraft will be left unstaffed in the event of an emergency.

The proposed ratio change is but the latest example of how regulating safety and security in Canadian commercial air travel has become increasingly susceptible to economic interests, an outcome of deregulation and privatization in the industry over the last few decades. Briefly exploring this history helps explain the current conversation about downsizing flight attendants in the sky and the competing arguments at play. It turns out the calculus of regulation includes more than just preventing unsafe and risky practices.

Through much of the 1970s, the federal government dominated Canadian air travel, both in terms of the assignment of routes and the operation of airports. Transport Canada owned and managed most of the country’s airports, allocating hundreds of millions of dollars to numerous upgrade and expansion projects. It spent over $500 million alone on the construction of the now-shuttered Montreal-Mirabel International Airport. The government also owned and heavily subsidized Air Canada. Because of this, Canada’s commercial aviation industry was structured favourably towards the airline, which was awarded the domestic and international routes it most coveted. Other national, regional, and local airlines did receive some increasing slices of the pie as time passed, but generally had to operate on a geographically restricted basis.

Things began to change by the end of the decade, largely in response to shifting economic realities and significant developments south of the border. Growing public pushback at rising fuel costs and fare increases in the wake of the 1973 Energy Crisis, and ballooning federal expenses from operating, expanding, and building airports made deregulation, and the promise of lower fares and government savings, more politically palatable. Encouraging signs also came from the United States, which deregulated its commercial aviation industry in 1978 and saw flight prices subsequently plummet. These forces compelled the Liberal and Progressive Conservative federal governments in the late 1970s and 1980s to gradually reassess their role in national air transport. Less was more, they concluded.

This decision was in no small part influenced by neoliberal economic philosophy, a set of newly prevalent ideas about the role government should play in a capitalist society. Neoliberalism largely rejected the big government approach of post-war Keynesian liberalism and its credence that an activist state guided by technocratic expertise was the best guarantor of socio-economic growth and opportunity. Instead, neoliberalism looked to the free market, seeing private entrepreneurialism as the key to generating innovation from competition and enriching the individual consumer, a process that the state would supervise but not interfere with. Yet, as David Harvey has compellingly argued, neoliberalism was largely engineered by elites to restore some of the economic power they had lost from government social spending, labour-friendly policies, and the post-Energy Crisis recession, all of which they attributed to Keynesian liberalism. In other words, capitalist elites promoted the neoliberal idea that the market was the source of social good to accumulate more wealth and enhance their own economic status, rather than to benefit most citizens.

By the early 1980s, in the midst of a persistent recession characterized both by inflation and high unemployment, public pressure grew for a change in course that would reduce government spending, national debt, and the size of bureaucracy. These developments helped elect neoliberal politicians such as Margaret Thatcher in Great Britain and  Ronald Reagan in the United States, each of whom campaigned on–and subsequently implemented–austerity platforms built around deregulation and privatization. To a slightly lesser extent, the Progressive Conservative government under Brian Mulroney in Canada also subscribed to similar ideological views. For example, it abolished the National Energy Program in 1985 and signed the Free Trade Agreement in 1988.

Turning specifically to Canadian commercial air travel, signs of a neoliberal turn were first visible in the 1970s. As Transport Canada introduced new airport security measures in the early 1970s to cope with a rise in global terrorist activity, the Trudeau government amended the Aeronautics Act in 1973 to make individual airlines responsible for screening passengers – in part to avoid taking on these costs itself at a time when broader monetary challenges were emerging. By the late 1980s and early 1990s, the fiscal drain of subsidizing airport operations prompted federal officials to reconsider the status quo. In 1996, public-private entities, known as Airport Authorities, took over the day-to-day business of managing the largest, busiest airports, while Transport Canada remained as landowner. 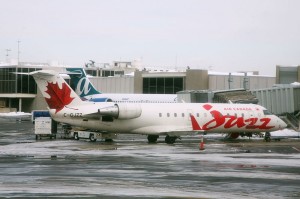 Other large-scale changes occurred. Air Canada had received annual subsidies from the federal government – a great expense.  In 1978 the Trudeau government took the first step in changing Air Canada’s mandate by allowing it to operate on a commercial basis. In 1988, the Mulroney government brought this to its logical conclusion, privatizing Air Canada entirely and ending state ownership after almost half a century.  Air Canada’s privatization swiftly followed the complete deregulation of air travel in the country in 1987, which instituted equal competition for the first time. This permitted an airline to fly on any domestic or international route as long as it met government safety regulations. Deregulation also allowed airlines to cancel service on any route, even if it served as the sole air carrier.

These moves collectively planted the seeds for corporatizing commercial air travel in Canada and significantly redefining the stakes in the process. With deregulation and privatization, the federal government largely withdrew to the role of airport owner and safety regulator, leaving airlines to run their operations in pursuit of profit and efficiency and airport managers to do the same. As a result, deregulation and privatization have introduced new economic imperatives that have not always aligned with the regulatory aspects for which the state is responsible. More specifically, the desire for airlines to gain the upper hand on competitors by keeping costs down have sometimes complicated their approaches to air safety and security and also influenced the enforcement response from the federal government.

To give one example, the competing aims of swiftly moving people and goods and effectively screening them for risk produced tensions at airport security checkpoints soon after the government made airlines responsible for staffing these checkpoints in the 1970s. To save money, airlines then tendered out these contracts to private security companies who offered the lowest bid by relying on low-paid, poorly trained labour. In 1985, Burns International Security Services (the company hired by Air Canada and CP Air, the two largest air carriers in the country at the time, to handle security at Pearson Airport) paid its security guards near-minimum wages and gave them little supervision or education to operate the expensive passenger and baggage screening technology provided by Transport Canada. The government, for its part, failed to actively monitor the quality of security at these checkpoints. In this case, deregulation, privatization, and poor government oversight helped produce a lax security culture at airports that was cited by the Commission of Inquiry into the Bombing of Air India Flight 182 as a major contributing factor to the 1985 incident.

Even though the federal government turned greater attention to security in the wake of Air India and again after the 9/11 attacks, the proposed changes to flight attendant ratios and other recent regulatory challenges from airlines show that discussions about preventing risky practices and enforcing passenger safety in air travel increasingly cannot be divorced from economic self-interest. This is the legacy of more than thirty years of neoliberal deregulation and privatization of commercial air travel in Canada.

Deregulation and privatization are not necessarily wholly dangerous prescriptions. Theoretically, they offer consumers more choice and reward entrepreneurial ingenuity. Yet they also carry some real dangers, such as depressing wages, eroding union strength, and diminishing government oversight. Barring either an incident that forces the government to reassess its responsibilities or an ideological shift in the broader realm of public policy, the neoliberal economic vision stands a good chance of being further entrenched in Canadian air travel in future years as veneration of the market and the profit motive continue to influence and redefine regulatory standards on the ground and in the air.

Bret Edwards is a PhD Candidate in History at the University of Toronto. His dissertation examines the transformation of jet-age airports in late twentieth century Canada between 1960 and 1990, and the local, national, and global forces that drove and defined this process. He is gradually getting the hang of Twitter at @BretJEdwards.