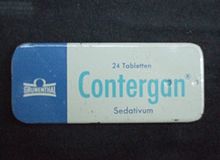 5 thoughts on “Thinking about Thalidomide in Transnational History: Canada and South Africa”