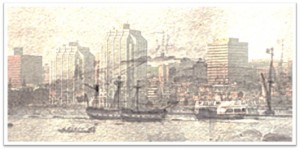 To argue that there have been improvements in the practice of history is almost a-historical, at least heuristically. After all, claims of progress are a sign of Whig historiography and something we are supposed to avoid. And, yet, after leaving the Practicing History in the 21st Century Symposium, the idea that progress had actually been made was hard – for me at least – to shake.

There are several reasons I felt this way, but I should begin by saying that Practicing History in the Twenty-First Century was a symposium organized to honour John Reid, the noted Saint Mary’s University historians. I should also say “mea culpa” because I was one of the organizers, along with Tom Peace, Peter Twohig, Elizabeth Mancke, Jeffers Lennox, and Jerry Bannister.  As organizers we wanted to do more than honour John. We wanted to craft an event that took up the ideas with which he had worked and looked forward, building on ideas that have emerged in regional, colonialism, and Canadian history over the last generation.

The symposium featured panels that looked at public history, the shifting (or, not shifting) spatial organization of Atlantic regional history, relationships between historians and other communities, historical collaboration, and the audiences to which historians speak. The speakers came from a diverse range of professions. Some worked in museums, others were academics, others archaeologists. Some worked in the private sector; others for the state. In brief, the symposium adopted a broad view of what constituted the practice of history and looked at how its actual practice had changed as a result of research, interaction with different publics, how institutional arrangements facilitate (or, not) historical work, and attentiveness to different communities of interest.  Put together, the objective of Practicing History in the Twenty-First Century was to pick up on some themes articulated by New Directions in Active History and continue the discussion of how best historical work and research can, indeed, move forward.

The exact future direction of Atlantic Canadian history can be a subject for further discussion. On this point, there might be room to disagree. What impressed me, however, was the degree to which the practice of history in a range of different venues has altered from the time I first started seriously studying the discipline as a grad student a bit more than twenty-five years ago until now.  How so?

First, no one who spoke believed that any practice of history — whether commemorative, museological, state sector, academic — should take place without attention to Original Peoples.  This picks up, of course, on themes already noted in commentary on the Truth and Reconciliation Commission, but the solidity of this perspective and the readiness of historians to do more than pay lip service to Indigenous history was articulated in different ways by different speakers over and over again. In one example, Keith Mercer (an historian working for Parks Canada and who is deeply involved in the refashioning of the Halifax Citadel museum) spoke of how elders from the Mi’kmaw community toured and were consulted on interpretation at the site. The new museum focusing on Halifax military history will, he explained, develop in dialogue with Original Peoples so that their concerns and their history are built into the new site by design.

In another example, Kathryn Labelle described a new project she has developed and for which she has been able to secure significant funding that looks at history through the eyes of notable Wendat women. Dr. Labelle has already written on this subject, but what was fascinating was the degree to which she collaborated with female Wendat elders to design and develop the project while employing student research assistants who remained in contact with the elders. Conferences brought students, faculty researchers, and Wendat women together to discuss the project, its design, development, and future. The willingness of granting agencies to support this project is a tribute to its design and also another sign of the degree to which collaborative approaches to history that begin on inclusive grounds are seen as high quality and worthy of support.

Second, there was a broad and fascinating recognition of the degree to which ordinary Canadians feel connected to history and see in that past part of their own identity. Steven Schwinghamer, a historian working for the Canadian Museum of Immigration at Pier 21, explained that this popular museum draws perhaps a quarter of its visitors from people who have a direct personal connection to Pier 21 as the site through which their family moved as they arrived in Canada. What this tells us is that Canadians see in their diverse pasts part of their own identities that they treasure and about which they want to know more.

The key to good public history, more than one speaker noted, is to both work with and challenge popular conceptions of history. In one discussion of public history, different speakers noted that museum audiences are interested both in the past and in the methodology of history. With even a limited knowledge of historical methods — something that can be provided by a tour guide — audiences will focus on key historical issues, develop their own interpretations of the past, and look to contribute to a discussion of its meanings and implications.

What this discussion does it move us some way to addressing what Margaret Conrad noted was an old but pressing question: who has the authority to interpret the past? What the types of discussions heard at Practicing History show us is that this might not be the right question. There might be no evident conflict between historians and the public but instead room for dialogue and interaction.

In this regard, changing communications technologies have provided new mechanisms both for dialogue between historians and historians and different publics, but also shifted how history is written. As John Reid noted, the range of historical writing — as well as other forms of representation — is far broader today than it used to be and this breadth is not simply a mechanism of effective diffusion. Instead, it shifts how history is presented as it constructs a different type of shared space and provides new means to articulate history in different — and very rich — forms.

Finally, several speakers — including John Reid and Tom Peace — spoke directly to new ways to interrogate the development and effects of Settler colonialism as perhaps the key process of Canadian history. This is a discussion that has been on-going in a range of scholarly disciplines (particularly, but not exclusively in what we might think of as cultural studies) for a while. History, Reid and Peace showed can contribute to this discussion in important ways but looking at degrees and processes of dis-possession, the shifting spatial dynamics of different communities in history (that is, how they conceptualized the environment), the relationship between Settler societies and empire, and processes of resistance to Settler hegemony. In brief, other disciplines are, perhaps without formally acknowledging it, talking about history and historical processes when they engage and mobilize this framework. By exploring its actual historical dynamics from the perspectives of those — Original Peoples and Settlers — who were caught up in it, we can advance the discussion of fault lines, fractures, and disjunctures in the building of Settler society and culture.

What might be important to note in closing is that its clear that some — perhaps all — of the ideas discussed at Practicing History have been developed and articulated in other fora and by other people. That is its beauty. Twenty-five years ago, public historians like Keith Mercer were not talking about developing a collaborative museology with Original Peoples. Now, they explain that there simply is no other way to develop representations the past. Twenty-five years ago, there was limited knowledge of what museum visitors took away from their trips and how they engaged displays. Now, we have detailed knowledge that shows us interesting and important things. Twenty-five years ago, the place of Original Peoples in Canada’s past was still a matter of intensive scholarly debate. It no longer is. Nuanced treatments developed through rigorous scholarship that respects Indigenous agency are in the forefront of the field. Twenty-five years ago, I don’t think I had heard the words “Settler colonialism.” Now, of course, it cannot — and should not — be avoided.

Am I too optimistic? Others can weigh in on that, whether or not they attended Practicing History. Not everything is perfect. Perhaps far from it, but that is not my point.  Different participants articulated problems with peer review, Canadian publishers, and the problems (as well as the strengths) of collaboration. What is important, however, and what I see as an advance is that the practice of history has changed and in appreciable ways. This, in my view, can only be considered a good thing.