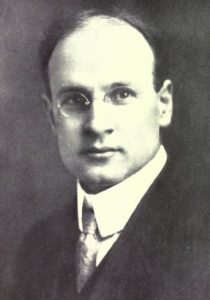 Recently, Monsanto received a $66 billion purchase offer from the even mightier German pharmaceutical company Bayer. It would be hard to find a more disliked firm than Monsanto, and the fact that a major pharmaceutical company is the potential buyer has created even more alarm. But should we disentangle our moral concerns from our economic understanding?

The Bayer offer is a massive one, even during a spike in of mergers and acquisitions (M&A), measured by value, in North America. Globally, the total value of M&A in 2015 set a new record as measured by total value. In Canada, the proposed merger of two major potash companies, Potash Corp. and Agrium Inc. and Enbridge’s proposal to acquire Spectra Energy Corp. have prompted concern over a “mega-merger mania.”

Financial news discussions tend to focus on two key points. Firstly, we see the typical business and financial questions that animate much of the business papers. How much will the merger or acquisition contribute to creating value, both for shareholders and the new entity? What sort of shared competencies, expertise, and efficiencies do the two firms have, and how will the larger entry generate profit from them? Might the M&A lead to some sort of bust—an unwieldy conglomeration whose brand identities fail to work together? (The Quaker Oats’ acquisition of Snapple in 1994—remember Snapple? —is used as a case study in this regard).

The second key point are any legal questions. In the United States, M&As are subject to the Federal Trade Commission’s Antitrust laws, whose origins stretch back to the Sherman Act of 1890. In Canada, M&As are subject to oversite from the Competition Bureau. The Bureau is governed by the Competition Act, which was passed in 1985, but whose origins stretch back to a Combinations in Trade Prevention Bill discussed in the House of Commons in 1888. In both the United States and Canada, M&As are subject to legal reviews that are designed to prioritize consumer rights. For instance, the FTC quashed a potential Staples-Office Depot merger because the firms failed to convince a court that their merger would lead to anything but a reduction in the number of stores, and thereby, competition and customer service.

Concern over mergers is an economic question, often confined to market analysis and spreadsheets. Much government oversite over M&As today confines itself to questions that are commonly viewed as morally neutral. What will happen to consumer prices and choice? How does the merger effect competition?  ‘Competition,’ in M&A governance, is generally presented as a self-evident good. If a merger improves competition, it is good. If it doesn’t, it’s up for review. Even editorials that decry the recent increase in mergers tend to highlight problems they create for markets and prices.

But, as the use of the term ‘mania’ suggests, there is also a social, cultural, and moral dimension to the question. One Economist report on the merger boom noted this dimension in slightly worried tones, noting that growing antitrust sentiment is part of America’s “populist mood[.]”

This “populist” analysis of mergers should not be seen as a problem, but as a fundamental part of the question. Past debates provide some guidance.

During the development of Canadian M&A legislation, moral questions were more explicitly up front. When introducing his (quite limited) anti-combination legislation in 1889, Conservative M.P. N. Clarke Wallace alleged that any sort of combination went against the terms of protective tariffs brought by the National Policy. Electors, he argued, accepted the National Policy on the “good faith and understanding there should be no restriction on competition.” Among the industries he chose to highlight as being subject to combinations was coffin-makers and undertakers, which had formed an Undertaker Association. This was certainly not a haphazard choice–picking an industry that has influence over such a sensitive moment was bound to generate some support.

Moral questions also animated the Royal Commission on Price Spreads (reported 1935), chaired by the popular Conservative M.P. Herbert Henry Stevens. This investigation of the ‘spread’ between the price of production and the sale price in the midst of the Great Depression particularly focused on questions of economic ‘concentration’ arising from firms acquiring direct or voting control over smaller competitors. The investigation was remarkably comprehensive, covering everything from automobiles to utilities. Political considerations, including the disinclination of R.B. Bennett to fundamentally challenge businesses and his lack of appetite for allowing Stevens greater public limelight, limited the legislative impact of the report. Nevertheless, the report demonstrates a point when there was more willingness to consider economic questions from a moral perspective.

For instance, the chapter on “Concentration and the Corporate System of Business” alleged that the hearings revealed instances where firm activities “facilitates the evasion of moral responsibility for inequitable and uneconomic practice” (pg 13, my emphasis). Reports from this time tended also to seize on times when larger firms that had emerged from acquisitions, such as the Imperial Tobacco Company of Canada, were compelled to report high profits while paying relatively low prices to producers. This was not simply a question of demand, but a question of immoral market manipulation.

Debates also came from outside Parliament. Christopher Armstrong and H.V. Nelles’ work Monopoly’s Moment: The Organisation and Regulation of Canadian Utilities, 1830-1930, demonstrates that during the late 19th and early 20th century debates over private control of utilities—from power to telephones—took place along both economic and moral lines. As their wide-reaching book demonstrates, objections to the morality of a few capitalists making profits from desperately needed heat in Montreal occurred alongside debates over the merits of public monopolies over utilities.

The moral dimension was present in the Price Spread report, but not all pervasive. Much of the discussion takes on a reasonably neutral tone that would be familiar to business papers today. Much of the report’s discussion of mergers and acquisitions (or “consolidations”) fretted more about the fact that some mergers led to new companies losing value. Further, the report, perhaps seeking to distance itself from an increasingly isolated Stevens, includes an early chapter discussing the general economic theory behind the merits of competition and the problems with corporate monopoly. The gradual reduction of moral questions that arose from Stevens’ more “populist” roots contributed to the Price Spread report having relatively limited legislative impact.

Just as the Price Spreads report was not all moral, economic discussion today still carries shades of moral questions. In the United States, for instance, planned mergers of health care insurers were recently blocked for fears the merger would stifle “competition” and “innovation”, but on the campaign trail, Hillary Clinton noted that the merger might lead to companies “pocketing profits rather than passing savings to consumers.” In Canada, farmers allege that the proposed potash merger will mean profits for shareholders and expenses for farmers. The concern suggests a clear hierarchy of morality—farmers should prosper before shareholders. However, this approach often does not make its way into formal economic debate.

Criticisms of M&As that draw from a moral tradition should not be seen as outside the debates that take place within financial papers. Doing this dilutes the discussion, and confines it to a narrower audience (essentially, readers of financial papers). Likewise, people who fret about another spike in M&As as a sign of corporate domination of our political and economic lives might consider whether business and economic discussions share these concerns, even though they tend to confine them to narrow categories of price and consumer value. Historical debates suggest there is more space for overlap than is often acknowledged.

History provides examples of the potential of bringing economic and moral questions more closely together. They are imperfect examples, but they provide possibilities for reading M&A news in a different light, for allowing financial discussions to open up to discussions that incorporate ways of thinking about the costs and benefits of M&As outside of the balance sheets and economic measures of value.