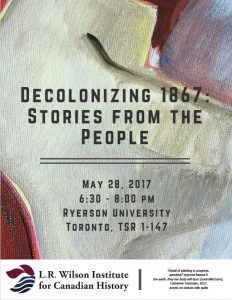 2 thoughts on “Decolonize 1867 at the CHA: Part 2: Keep the Conversation Going”