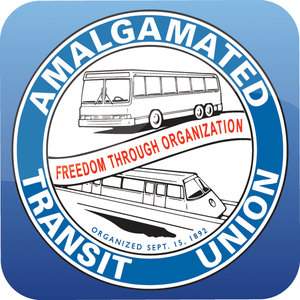 In recent weeks, a major controversy has enflamed the Canadian labour movement, and how it relates to the international unions centred within the United States. Last month, Amalgamated Transit Union (ATU) Local 113, which represents around 10,000 members working within the Toronto Transit Commission’s system, was placed under trusteeship by the union’s international headquarters. This decision was made after Local 113 President Bob Kinnear had approached the Canadian Labour Congress (CLC) to activate a clause (Article 4) that would partially suspend provisions that prevent ‘raiding’ (where unions take members from another union rather than organize un-unionized workers) actions between CLC member unions.

Kinnear justified his actions based on the assertion that his local lacked sufficient autonomy in its ability to operate and received insufficient support from the international office. Further, Kinnear and others—including officials within UNIFOR like President Jerry Dias—have deemed the trusteeship an act of American domination. Dias sold this event as a wider struggle in Canadian labour, suggesting that he was “sick and tired of the heavy handed arm of the United States determining our collective bargaining strategy and determining how we operate.” This direct intervention from UNIFOR—which has included paying Kinnear’s legal fees—has led some to suggest that Kinnear’s goal was to transfer Local 113 from the ATU into UNIFOR. Despite all this, Kinnear’s move was opposed by a majority of local 113’s leadership, as well as the heads of five of Canada’s biggest unions, which include unions headquartered on both sides of the border.

While the story has a multitude of further details, the result has been that the CLC has reinstated the article 4 clause that would prevent raiding between CLC member unions, and Bob Kinnear has officially resigned his position as 113 President. As it stands, then, the main issue is largely resolved, but the fact remains that this whole affair has reignited divisions within the labour movement based on this question of American influence into Canadian unions. A large part of this is due to a sustained historical context that has played out for more than a century.