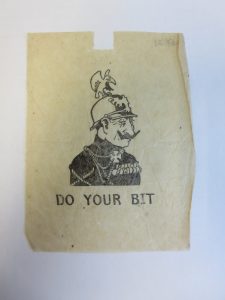 2 thoughts on “Embodying Anti-German Sentiment during the Great War: An Archival Moment”