2019 marks the centenary of the Winnipeg General Strike, which took place between 15 May and 26 June 1919. In anticipation of the centenary, the Graphic History Collective released RRR poster #19 this week by David Lester and the GHC. The poster critically examines the strike’s important lessons and legacy.

Revisiting the Workers’ Revolt in Winnipeg

Poster by David Lester
Essay by the Graphic History Collective 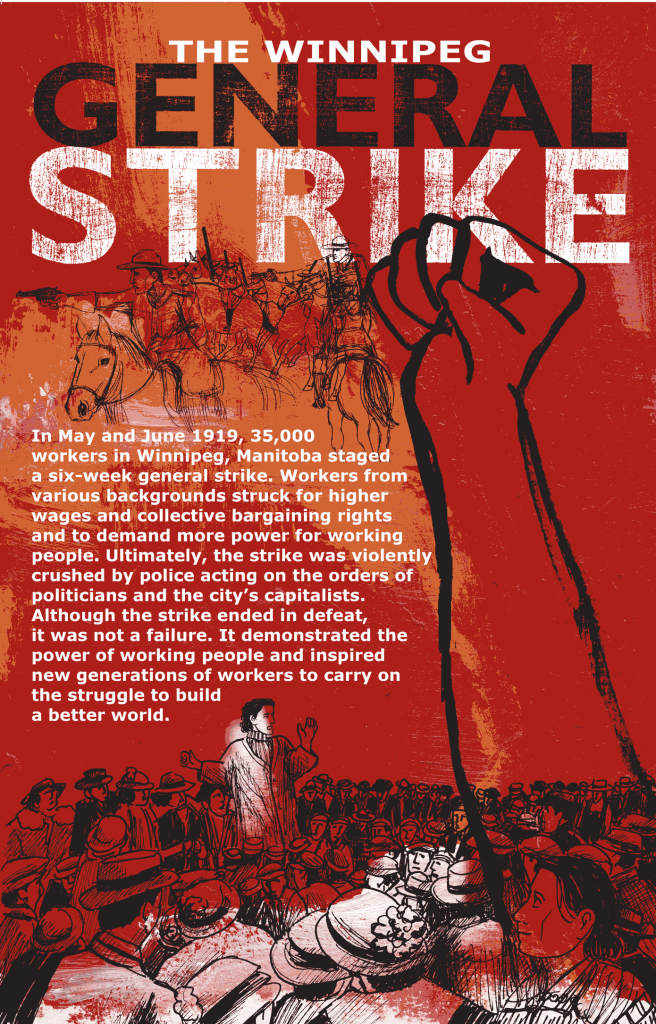 [Image Description: The top of this poster says The Winnipeg General Strike in large letters over a red and yellow painted background. Below this is a black line drawing of police on horses. A large fist rises up on the right. On the bottom a black and white line drawing of a crowd from 1919 watching a women speaking.

The poster says: In May and June 1919, 35,000 workers in Winnipeg, Manitoba staged a six-week general strike. Workers from various backgrounds struck for higher wages and collective bargaining rights and to demand more power for working people. Ultimately, the strike was violently crushed by police acting on the orders of politicians and the city’s capitalists. Although the strike ended in defeat, it was not a failure. It demonstrated the power of working people and inspired new generations of workers to carry on the struggle to build a better world.]