When a child does not learn to read, what does the school do? The answer has varied over time, and the history of this topic tells us something about special education as well. In the nineteenth century, if not earlier than that, physicians described “word-blindness” and “alexia.” They considered these rare and peculiar conditions, occurring where a person who was otherwise quite intellectually normal (sometimes even very bright) suffered from a complete, or near-complete, inability to learn to read. [1] It was not until the 1920s that psychologists and remedial educators began to develop something more akin to the modern notion of reading disability and to develop techniques for addressing it in special education classrooms. It took until the 1930s for them to get their ideas onto the special education policy agenda. When they did succeed in placing them there, they were able to improve education for some children. Yet others were still left behind. Special education’s approach to reading disability teaches that special education is a riddle of contradictions, a fact that remains as true today as ever. 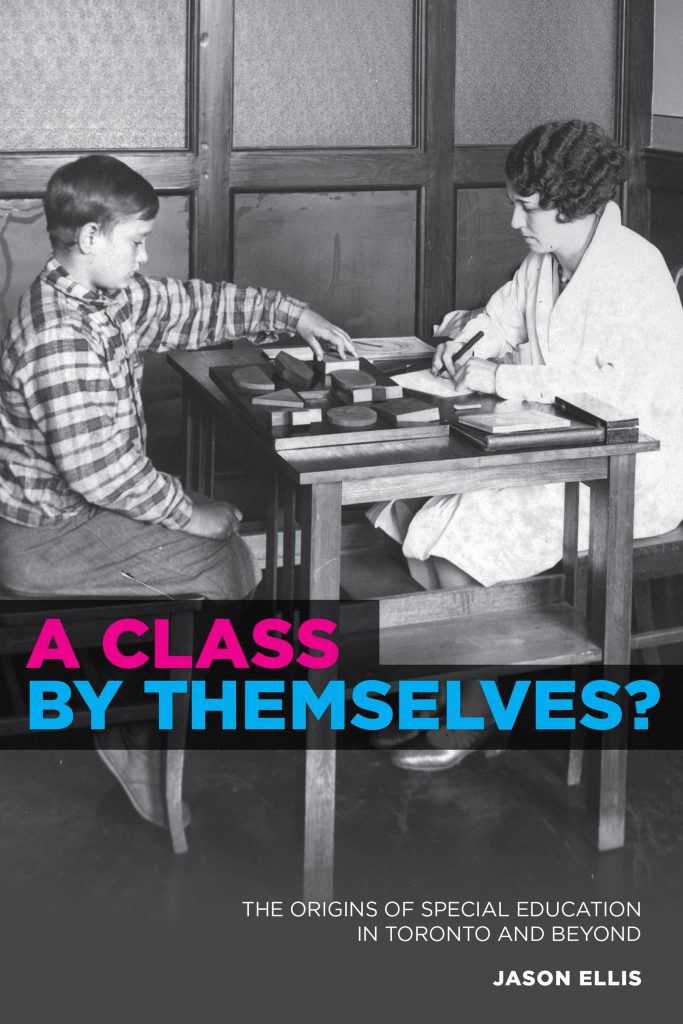 Many different people were involved in developing the idea of reading disability, and in designing teaching methods and educational programs to address it in the 1920s. One or two major innovators in the field of reading disability bear mentioning in order to better explain the innovation that took place. Marion Monroe, a brilliant psychometrician from Chicago, developed a method for diagnosing reading disability. She observed that there were many children who, despite being quite intelligent, did not learn to read properly. She theorized that their inability to learn this could be attributed to some sort of specific difficulty or impairment that was not contingent upon their intelligence.[2] Monroe’s theory anticipated much of modern learning disabilities theory: that specific learning disabilities have specific causes and that intellectually normal – even gifted children – can have these disabilities just as surely as anyone can.

To demonstrate her theory, Monroe formulated a basic algorithm. She recorded a child’s age in years and months, the child’s intelligence quotient (IQ), and the child’s score on a basic arithmetic test, and used these three variables to compute the child’s “Expected reading performance.” Then she gave the child a set of reading tests to assess his or her “Actual Reading level.” Monroe divided the actual score by the expected score to find the child’s “reading index.” An index of 1.02 was normal, showing close correspondence between intelligence and reading ability. A score 2.75 deviations below 1.02 showed considerable lack of correspondence, suggesting that the child was smart but had a specific reading disability.[3] Remedial teaching experts, like the University of California, Los Angeles education professor Grace Fernald, hypothesized that the deficits people like Monroe found were due to mental processing blockages. Fernald came up with methods for teaching children how to circumvent the blocked mental channels, to help them find their own unique ways of making sense of letters and text – to read by different means than most.[4]

Monroe and Fernald’s ideas flew in the face of what many (though never all) special educators took as gospel truth in the 1920s. At that time, if a child did not learn to read, or just failed to make progress at school generally, people blamed the child’s low IQ. Since IQ was inherited, and because people also believed that IQ did not change, this meant that special education students simply needed a curriculum adapted to their (low) abilities. An American professor of educational psychology named Lewis Terman was behind this approach to intelligence and special education. He promoted it aggressively and enormously successfully, and it dominated the field during the 1920s.[5]

By the 1930s, however, the consensus in special education that all learning problems could be attributed to low IQ had begun to crack. Emmett A. Betts, a professor at a state teachers’ college in Oswego, New York, wrote the book The Prevention and Correction of Learning Difficulties. He stated in its first few pages that “Scientific discovery is gradually redefining our problems… No longer can the teacher and school administrator account for all learning disabilities on the basis of low intelligence.”[6] Theories like Monroe’s and Fernald’s had made their way onto the special education agenda. Special class teachers began to use remedial instruction methods that Fernald and others developed to tackle reading and other learning specific difficulties. In my study of special education in Toronto public schools, I showed how teachers and inspectors embraced remedial instruction in special classes there, at least for some children. In the city’s special education classrooms in the 1930s, children who could not read but were otherwise intelligent received remedial instruction. These children then went back to their school’s graded, mainstream classrooms, where it was expected they would now be able to progress normally.[7]

Yet at the same time as remedial instruction expanded in Toronto, the city’s special classes continued to rely on mass IQ testing. Scores of children, the ones with the lowest tested IQs, were shut out from remedial opportunities. Not a few of these boys and girls idled away years in the special education class without any hope of going anywhere. “Estelle E.” first entered a special education class at Hester How Public School in Toronto, in 1934, as an eight-year-old. She did not leave that class until approximately eight years later, just after she turned sixteen. She likely received no further education than that.[8]

Dr. Jason Ellis is an associate professor in the Department of Educational Studies at the University of British Columbia. He is the author of A Class by Themselves: The Origins of Special Education in Toronto and Beyond.

[1] Jason Ellis, A Class by Themselves: The Origins of Special Education in Toronto and Beyond (Toronto: University of Toronto Press, 2019), 155. See also Scot Danforth, The Incomplete Child: An Intellectual History of Learning Disabilities (New York: Peter Lang, 2009).

[3] Marion Monroe, Children Who Cannot Read: The Analysis of Reading Disabilities and the Use of Diagnostic Tests in the Instruction of Retarded Readers (Chicago: University of Chicago Press, 1932).