Finding Sally premieres tonight on CBC and GEM at 8:00pm (8:30 NT) and documentary Channel at 9 ET/PT 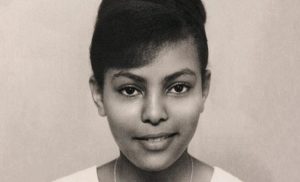 In September 1974, Ethiopian Emperor Haile Selassie‘s government was overthrown following years of declining popularity. While he was popular with the country’s elite, the wider population was less inclined towards the nobility. He was replaced by the Derg, a group of low ranking military officials who established a military junta in the country. In order to maintain their power, the Derg took a hard stance against any dissent, going so far as to arm civilians with the instruction of eliminating those who opposed the government.

Groups that were targeted included the Ethiopian People’s Revolutionary Party, whose members were regularly targeted as part of the Red Terror, in which 500,000 people were killed. Those who were not killed shifted their operations underground in an attempt to avoid detection. As a result, they were separated from families as any contact was risky. The result for families was years of not knowing what happened to their relatives.

That is the subject of the new documentary Finding Sally. Directed by Tamara Mariam Dawit, it follows her as she learns the story of her Aunt Sally. A charismatic young woman who fully embraced the nation’s political fever, Sally’s life had not been discussed by her family, leaving Dawit to wonder what happened to her. In the film, she discovers who Sally was and what she did during this period while at the same time situating her life within the wider context of Ethiopia’s political upheaval. The result is a powerful film in which a family represents the pain and suffering experienced by so many during an era marked by violence and insecurity.

In this episode of the History Slam, I talk with Tamara Mariam Dawit about the film. We talk about her grandfather’s diplomatic career, her family’s connections to Ethiopia, and the challenge of telling a personal story on film. We also discuss her aunts’ participation in the film, using individuals to represent broader stories, and how the film fits within Ethiopia’s current political structure.