“What causes the Indians to die and to diminish in number are secret judgments of God beyond the reach of man. But what this witness has observed during the time he has spent in these parts is that from the province of Mexico have come three or four pestilences, on account of which the country has been greatly depopulated.” – Pedro de Liévano, Dean of the Cathedral of Guatemala, writing to the Council of the Indies on November 5, 1582 (Archivo General de Indias, Seville, Spain)

As other parts of the world recuperate, Latin America has become the epicentre of COVID-19, with over two million cases and more than 100,000 deaths. Health experts fear that fatalities will continue to escalate and by July surpass even those of the United States. The pandemic, however, is not the first to have ravaged the region and cause such grief.

On October 12, 1492, the landfall of Columbus may well have unleashed the greatest destruction of human lives in history. The toll exacted on Indigenous peoples across the Americas was catastrophic. Abuse and mistreatment notwithstanding, massive depopulation in the wake of Columbus was primarily a consequence of vulnerability to infections against which Amerindians had no immunity. 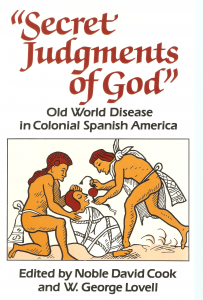 Are there any parallels between Old World intrusion in the late fifteenth century and epidemic eruption in the early twenty-first?

Two come to mind. One is the velocity of infection: the speed with which COVID-19 spread from a metropolis in central China to remote corners of the Amazon rainforest is, quite literally, breathtaking. Columbus’s ships may not have been as fast a vector as jet planes, but they were conduits of contagion nonetheless. Furthermore, just as COVID-19 has affected some countries (or some regions within a country) more than others, so too centuries ago did disease operate with notable spatial variation and long-term demographic fluctuation. The extinction of native communities in the Caribbean, for instance, contrasts with over twenty distinct Maya groups to this day constituting almost half of Guatemala’s national population. Better, then, to examine specific scenarios before engaging continental evaluation.

No scenario triggers such controversy as Hispaniola, today Haiti and the Dominican Republic. Its Arawak and Taino inhabitants were the first “Indians” not only to be so designated but also the first whose island home was invaded and destroyed – and them along with it, as was the case too, here in Canada, with the Beothuk of Newfoundland.

The range of estimates of Hispaniola’s population at contact is staggering – from 60,000 to 8 million, with myriad tallies in between. Whatever figure is conjured up, however, is but a prelude to obliteration: by 1519, barely a quarter-century after Columbus came ashore, Hispaniola had been devastated by smallpox, carried by crew during the admiral’s second voyage in 1493. The geographer Carl O. Sauer (1966, 294) described what Hispaniola and its Antillean neighbours were reduced to as “a sorry shell.” Thereafter, Spaniards wanted little to do with the ruin smallpox wrought. Wealth lay on the mainland to the west, toward which sailed the conquistador Hernán Cortés.

Cortés landed at Veracruz on Good Friday, 1519. He soon realized that he had entered a populous realm, organized and settled very differently from the Caribbean. The splendours of Mesoamerica were many, but none more spectacular than the Aztec capital, Tenochtitlán. There Cortés was welcomed and treated hospitably. After his intent to seize power became apparent, he and his men were driven out. They sought safe haven in nearby Tlaxcala, whose people sided with the Spaniards against the Aztecs.

A year passed before a Tlaxcalan-Spanish alliance forced the surrender of Tenochtitlán. Its fall on August 13, 1521, came about because of the turmoil caused by another outbreak of smallpox. How many perished, in Tenochtitlán and the rest of central Mexico, depends on how many we think were alive to begin with. Contact-period estimates range from 4.5 million to 25.2 million. Disease outbreaks in the century following Spanish invasion are again the most plausible cause of precipitous Indigenous depopulation, calculated at over 90 percent.

After reaching a nadir of 730,000 in the years between 1620 and 1625, native Mexicans had begun to adjust biologically to European and African presence by generating immunities to Old World infections, which allowed them (unlike their counterparts in Hispaniola and elsewhere) to recover slowly from the epidemiological impact of conquest. Of Mexico’s present population of 129 million, some 15 percent may be considered Indigenous.

Estimates of contact numbers in Guatemala range from a low of 300,000 to a high of 2 million. Post-contact demise conforms to the trajectory for central Mexico, collapse between 1519 and 1624-1628 followed by intermittent recovery and eventual increase, pre-contact numbers being reached again quarter-way through the twentieth century. Today in Latin America, after Guatemala only Bolivia registers a higher percentage of its national population as Indigenous.

Native deaths between contact and nadir, a calamitous 93.4 percent, can be correlated with no fewer than eight pandemics. Sickness arrived in Guatemala five years before the Spaniards themselves did, waves of smallpox, measles, and typhus aptly dubbed “the shock troops of the conquest” by historian Murdo MacLeod (1973, 40). The advance guard that cut down the Maya played a similar role in the campaign launched by Francisco Pizarro to conquer the Inca Empire.

As in Central America, pandemics preceded the physical presence of Spaniards in the Andes by several years. Yet another outbreak of smallpox flared up in Ecuador in 1524. There it resulted in considerable loss of life. Disruptions caused by illness facilitated Spanish victory. Like Aztec Tenochtitlán, the Inca capital Cuzco was taken as much by contagion as by the might of Pizarro.

In Ecuador, a contact population estimated at 1.6 million fell to a fraction that size by 1618. A figure of 9 million for Peru on the eve of conquest straddles a range of estimates from 4 million to 15 million. A century later, following more than twenty epidemic outbreaks, the heirs of the Incas numbered 600,000. 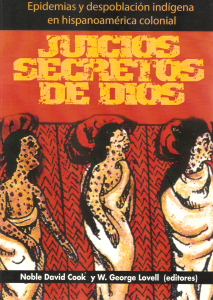 Hemispheric estimates of Amerindian numbers at European contact are as disparate as the regional counts alluded to above. Perhaps the most balanced assessment to date has been made by William M. Denevan ([1976] 1992), who considers 54 million conservative.

We will never know how many Native Americans died in the pandemic aftermath of Columbus, but fatalities upward of 50 million cannot be ruled out. COVID-19 has yet to run its course, and its impact in Latin America is of growing concern: Brazil, fewer than 1 million of whose 210-million inhabitants are Indigenous, 0.4 percent of the nation’s population, is destined to be the hardest hit. Despite alarming rates of infection, however, medical advances and humanitarian initiatives make it unlikely that mortality levels will approximate the Amerindian holocaust of five centuries ago.