Andrea Eidinger and Krista McCracken Over the past few years, the historical community in Canada has been rocked by a few scandals. No, we are not talking about the endless discussions around monuments. Rather, we are referring to the numerous public disputes between historians and archivists relating either to the discovery of or access to archival material. For example, you’ve… Read more »

Allana Mayer Historically-minded folks will likely have seen the flare-up and fizzle-out of scandal around the USA’s National Archives and Records Administration (NARA) in January. A Washington Post reporter noted that applique images on the walls of the NARA Museum lobby had blurred out words on signs held by Women’s March protesters in 2017. The blurred words included “pussy” as… Read more » 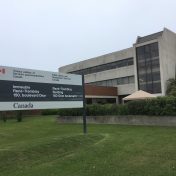 Alan MacEachern As I drove deeper into a suburb in the small town of Matane on Quebec’s Gaspé Peninsula, things got busier instead of quieter. More and more parked cars lined the streets. There were no sidewalks, so the many people walking were all in the street, all of them headed toward the same low-slung, nondescript office building in the… Read more »

Leslie Choquette As director of the French Institute at Assumption College, a research center focused on French-Canadian migration to New England, I have worked with three donors of family archival collections, not just to give their materials a good home, but to use them to shape their family stories for different audiences. This experience both convinced me of the usefulness… Read more » 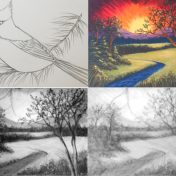 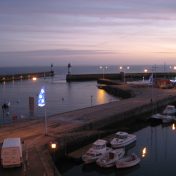 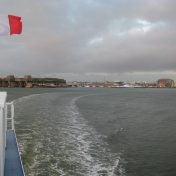 Alban Bargain-Villéger This post consists of excerpts from the research diary I kept during my research trip to Groix, France, in December 2018. Groix is a small island off the coast of Brittany, France’s westernmost region. This investigation into Groix’s understudied past is part of a long-haul project on three small northern European islands that I presented in a previous… Read more »

http://activehistory.ca/wp-content/uploads/2018/10/History-Slam-123.mp3Podcast: Play in new window | DownloadBy Sean Graham In the lead up to Canada 150 last July, there was no shortage of projects looking at Canada’s political history. One of my favourites was the Confederation Debates project. With a massive team, the project organized, scanned, and digitized thousands of documents related to each province and territory’s entry into Confederation…. Read more »