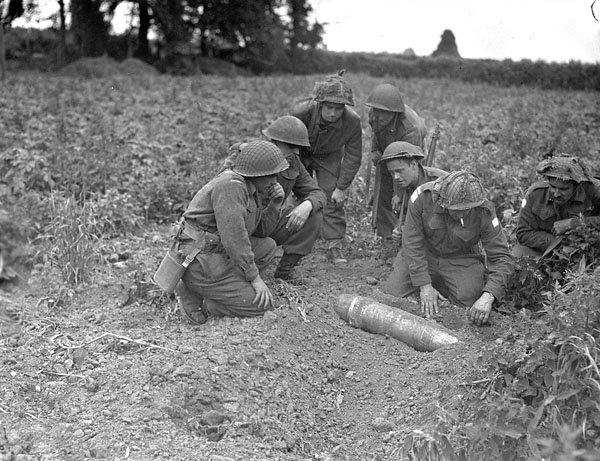 I was recently involved in a major project for the Department of National Defence (DND), that epitomized some of the challenges and excitement of doing public history. It included important questions of public policy, public safety, and environmental contamination. The findings were put to use in practical and immediate ways to address areas of emergent need. The project also had its share of frustrations and barriers, which epitomized the practice of public history, especially the kind carried out for government departments.

The project was with DND’s Unexploded Explosive Ordnance and Legacy Sites Program. Their website notes:

The DND UXO and Legacy Sites Program was created in 2005. The program works to reduce safety risks posed by unexploded explosive ordnance (UXO) at all “legacy sites” across Canada. A UXO legacy site is any property that was owned, leased or used by DND but no longer resides within DND’s inventory and for which there exists a UXO risk associated with past Departmental activities.

DND also notes that as Canada’s population increases and as housing and industrial development begins to encroach on previously unoccupied lands, “it is expected that people will come into more frequent contact with UXO.”

You might ask: “How many unexploded bombs are really out there in Canada? We’ve never had a major industrial war within our borders.” This is true, but Canada has taken part in major industrial wars, produced millions of munitions, and trained millions of service people from across Canada, the United States, and the British Commonwealth. This has left a physical legacy in this country. Most UXO products ended up in the ground as the result of training activities in preparation for the First and Second World Wars.

Jeff Lewis, in an article for the Canadian Military Journal, notes:

Unexploded ordnance is a by-product of live fire training… UXOs are live munitions that fail to explode as intended, and end up scattered on the surface or subsurface of military impact areas. Unlike other common forms of contamination, such as petroleum or polychlorinated biphenyls (PCBs), used by many industries, the origin of UXOs is indisputable. Identifying and remediating UXOs is expensive because no technology exists that can reliably and cost-effectively locate them without a great deal of human labour.

Some UXO ended up at the bottom of the ocean in Canada’s waters, sunk with the ships carrying them. Without going into too much detail, suffice it to say that the presence of large quantities of UXO poses health, safety, and environmental risks significant enough to justify the expensive and difficult remediation project described here.

There were many great benefits to this project as an exercise in public history. First and foremost, it involved a great sense of personal and professional fulfillment largely because the contribution being made to the public good was clear and undeniable. The practical uses of history as a discipline as well as archival research were essential factors in the success of this project. It was existentially satisfying. In a field with dwindling possibilities for traditional forms of academic work, this project displayed that there is a world of possibilities in which historical inquiry plays an essential part in a society whose intellectual capital is so dominated by econometric imperatives.

The project relied on the skills and methods that historians themselves take for granted much of the time. It reminded me of John C. Burnham’s article in which he wrote, “As historians, we take our training much too much for granted. We use it every day and do not appreciate it.”  For this project, those skills included uncovering a massive and diverse set of data, analyzing it (that’s fancy speak for “reading it and figuring out which bits are the most important”), and embodying these findings in succinct, but comprehensive written reports – dozens of them. We also included detailed GIS maps that our mapping wizard produced based on a torrent of geographic, topographic, textual, and cartographic data we fed to him in his office that was overflowing with map tubes and photocopies of coordinates and sketches drawn decades ago.

These reports were then passed on to officials at the UXO office who used them to direct field teams to the likely location of UXO. The activities of DND’s field teams were governed by our historical UXO reports, the GIS maps, as well as other information including reports of UXO discoveries on the ground, and in some cases, detailed electromagnetic surveys.

The project was not without significant challenges, some of which are common to all historical inquiry, and others we were not expecting. As usual there was the classic research barrier of finding both too much and too little evidence… That is, we sieved through archival box after archival box, book after book, map after map, and file after file at several repositories for each legacy site (for which there was too much information) looking for very specific pieces of evidence (of which there was often too little); looking for needles (or at least a firing pins) in haystacks. Similarly, the scope of the project just kept growing. It was like feeding an insatiable animal; the more we nourished their desire for useful information, the more they wanted. The initial number of legacy sites assigned to us grew—once we showed the type of detailed information that could be pieced together through historical means—by about 50% before the project was complete.

This required the allocation of more resources. You think that with the number of students, MAs, and PhDs eking out an existence in Ottawa, it would be a cinch to fill the ranks. Evidently not. After the team had grown to include numerous PhDs, even more MAs, and several administrators, it became difficult to recruit new team members to help meet the increasing demand who also met the high standards that DND required. Not only did those coming on board need adequate credentials, they also needed adequate security clearance. This too was a time consuming, but necessary, process that often slowed down progress, but once granted, gave researchers instant access to those coveted “Code 32” boxes at Library and Archives Canada (and entry into the hallowed “Restricted Reading Room”)

The project was unique in my experience in that it brought together a couple of dozen people who would only normally collect together in an academic setting. It allowed for challenging individual research, but required the kind of collaboration so often missing from university departments with their intellectual fiefdoms, grant money competitions, and solitary working conditions. The project was rewarding both for its intellectual and collaborative benefits, but also because it made a clear contribution to implementing public policy and in helping to ensure public safety and environmental remediation across Canada. 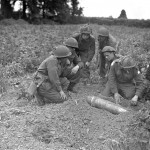 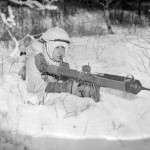 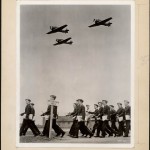 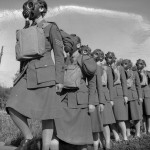 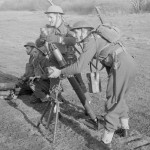 CDCI Research is a public history and research firm with locations in Vancouver and Ottawa.