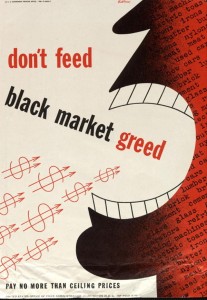 There’s nothing like a bit of neoconservative propaganda gussied up as a hip, edgy CBC radio program to get your blood boiling on a hot summer’s day. The Invisible Hand, a mid-week staple of Radio One’s summer schedule hosted by Vancouver broadcaster Matthew Lazin-Ryder, bills itself as “a defiantly non-dismal take on the ‘dismal science’ of economics.” Revelling in its role as cheeky iconoclast, the show seeks to upend the conventional wisdom about greedy price gougers, rapacious capitalists, and exploitative sweatshop owners.

Behind The Invisible Hand’s irreverence, however, runs a deep-seated conservative ideology that the show seeks to pass off as hipster wisdom or indisputable truth. From beginning to end, each episode of the show is a resounding affirmation of the basic tenet of capitalist theology, that nothing promotes the public good more than the grasping, amoral pursuit of individual self-interest. Greed is good; government is bad; and any well-meaning attempt to interfere with the invisible hand inevitably causes more harm than good.

The show’s first episode, for instance, pays homage to price gougers—those who, in the aftermath of crises such 1998’s ice storm in central Canada or 2005’s Hurricane Katrina in the US Gulf Coast, seek to exploit a situation of crisis-induced shortages (not to mention the desperation of others) for personal financial gain. Most people, The Invisible Hand acknowledges, condemn such behaviour as morally reprehensible. But that, according to the transnational who’s who of evangelical neoconservative economists who serve as the show’s go-to experts, is simply because we are reacting emotionally, thinking with our hearts rather than our heads. In the world of The Invisible Hand, “greedy gougers” are recast as misunderstood “entrepreneurs” who are actually “working in the best interests of society” by making sure that goods in short supply get into the hands of those who need them most.

This highly dubious and debatable premise is indicative of the world of The Invisible Hand, where controversial economic dogma masquerades as undisputed truth, and individual right-wing economists stand in for the apparently monolithic opinion of that profession. The show’s price gouging expert, for instance, is Duke University economist and political scientist Mike Munger, whose past defences of price gouging can be found amongst the articles he has written over the years for the radically laissez-faire, pro-corporate Liberty Fund’s online Library of Economics and Liberty.

Don’t get me wrong. I’m not suggesting that such views shouldn’t be aired on the CBC, or that academic “experts” should be apolitical fence-sitters when it comes to issues of public policy, such as whether anti-gouging laws are desirable. But how about a little balance? And how about a little evidence? (Lacking any in its price-gouging episode, The Invisible Hand treats us to a laughably unscientific in-studio “experiment” meant to be a convincing demonstration that gouging rather than government regulation of prices in a time a crisis is the way to go.)

A bit of historical perspective on price gouging and regulation, perhaps, would reveal a less black and white picture than the show purports to reveal. For a historian who has spent a number of years studying the politics of price control and consumer activism in both the United States and Canada during and after World War II, the show’s take on anti-price gouging laws certainly has a familiar ring to it. During the Second World War, “black marketing” or “profiteering,” as price gouging was more commonly known, was a subject of sustained interest, as was the efficacy of government price-fixing.

Then, as now, free market enthusiasts argued for letting the invisible hand work its magic, but rational policy-makers thought otherwise. They recognized (as Munger and The Invisible Hand refuse to) that in a situation of crisis-induced shortages the price mechanism allocates goods not to those who most need them most but to those who can most afford them.

Then, as during the ice storm or Katrina, most people took a dim view of those who sought to exploit shortages to gouge their fellow citizens and they looked to government to curb such practices. The public overwhelmingly supported the government’s efforts to ensure that everyone had access to “a fair share at a fair price.” In the end, despite the presence of considerable black market activity and enforcement difficulties, price control—backed by consumer rationing, government allocation of key resources, and an array of fiscal measures—worked remarkably well in both Canada and the United States during World War II.

A similar historical perspective is missing from the show’s later episode on “offshore labour,” which provides a spirited defence of exploitative sweatshops in the developing world. Sweatshops are merely the first phase in an inevitable capitalist progress, according to the episode’s economic expert, Benjamin Powell, who points to the presence of sweatshops in industrializing America as evidence that countries like Haiti and Bangladesh will (given a generation or two) inevitably take their place among the affluent nations of the world. (Powell is the President of the neoconservative Association of Private Enterprise Education and a radical free-market American economist who views all federal taxes as theft and thinks that 17 percent is too high a public approval rating for the US government.) Anti-sweatshop activism, therefore, not only hurts struggling Haitian or Bangladeshi workers in the here-and-now but also threatens the inevitably brighter futures of their children and children’s children.

As historians have shown, the invisible hand had little to do with the elimination of sweatshop conditions and the improvement of the wages and working conditions in North America’s garment industries in the early twentieth century. What did work was the collective actions and activism of workers and consumers, aided by the government regulations that both groups demanded. Organizations such as the National Consumers’ League in the United States were instrumental in the passage of legislation mandating minimum wages and safer factory conditions and restricting child labour.

Perhaps the most insidious aspect of the show is its underlying message that resistance to the invisible hand is futile. Or worse. It’s actually counterproductive. In the world of The Invisible Hand, we are all atomized individuals incapable of taking anything like effective collective action. Collective activism is the stuff of which the histories of social and economic progress and justice have been made. Activists (and active historians) need to raise their voices against such one-sided and demobilizing apologies for a status quo of inequity and injustice—though in the case of Lazin-Ryder and company we’ll probably just find ourselves talking to the hand. 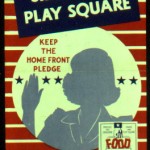 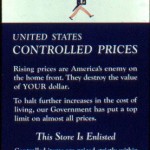 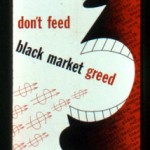 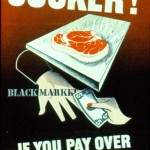 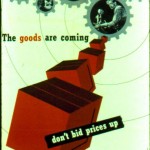 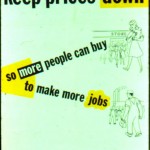 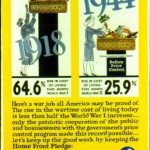 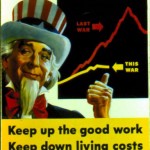 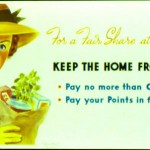 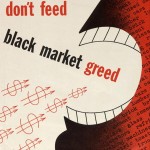 Joseph Tohill recently completed his PhD in history at York University. His dissertation was entitled “A Consumers’ War: Price Control and Political Consumerism in the United States and Canada during World War II.” He currently teaches American and Canadian history at York and Ryerson University.

3 thoughts on “Capitalist Theology on the CBC”