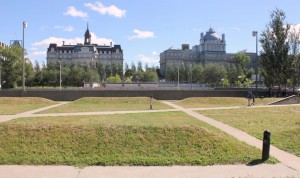 2 thoughts on “Marie-Joseph Angelique: Remembering the Arsonist Slave of Montreal”