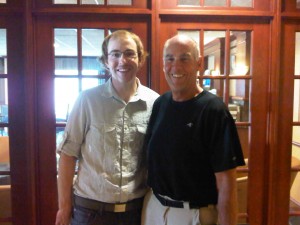 The History Slam has gone international! In this edition I chat with John Resch of the University of New Hampshire – Manchester and get the American perspective of the War of 1812. So while people across the country commemorate the Canadian point of view of the war, Professor Resch describes how the Americans feel about the conflict. We talk about the American desire to obtain Canada, national sovereignty, and William Henry Harrison even makes a cameo!

The one thing we did miss in our discussion was the Hartford Convention. The Convention is famous in textbooks because the New England Federalists met in December 1814 in Hartford, Connecticut, to prepare a manifesto against the Madison administration and War. The radicals supported New England’s secession from the Union to create their own country. The moderates wanted to break the Southern grip on Congress and the Presidency by removing the 3/5s clause from the Constitution which counted slaves as 3/5s of a person in the census and thus added Congressmen in the south and Electors for the presidential selection. As of 1812 Virginia had provided all of the presidents except for Adams’s single term. Jackson’s victory and the end of the war made fools of the Federalists and discredited their party which faded from existence by 1820.

Enjoy our war of 1812 podcast and be sure to subscribe to the History Slam on iTunes!

2 thoughts on “History Slam Episode Six with John Resch: The American Perspective on the War of 1812”