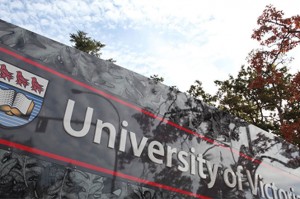 The 2013 Social Sciences and Humanities Congress was held recently in Victoria, which of course included the CHA Annual Meeting. In a beautiful city, with a beautiful campus, and spurred on by beautiful weather, the conference was quite a success. A hearty congratulations to Penny Bryden and her entire organizing committee at the University of Victoria.

In this episode of the History Slam we recap the week that was and chat about some of the issues surrounding Congress and conferences in general. First I talk with Daniel Ross of York University of the President of the CHA Graduate Student Committee about some of the challenges and benefits facing grad students. Then I chat with Jo McCutcheon, treasurer of the CHA and from the University of Ottawa, et al. Finally I catch up with my former high school classmate Jodey Nurse, now of the University of Guelph, about her experience as a first time Congress-ee.