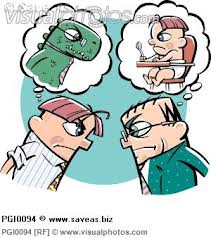 The popular (over)reaction to Regulation 274, which intended to establish seniority-based teacher hiring in Ontario, is largely negative, and greatly misplaced. Since Reg. 274 came into effect, its intended anti-nepotism, job protecting spirit has not been realized. Instead school boards have faced ballooning costs and procedural nightmares in what Premier Wynne has characterized as an “overcorrection.” Recently, Ontario Progressive Conservative Party MPP Lisa McLeod introduced a private member’s bill to repeal Reg. 274. It was summarily defeated in the legislature. The passing of this Private Members bill would have been the true “overcorrection,” one that would have negatively affected the hatchings of what may become a positive and sustainable seniority-based hiring process.

On 11 September 2012, the Ontario government enacted the “Putting Students First Act.” In the little more than a year since this passed, Premier Wynne has readily admitted that this bill, which reneged collective bargaining rights from education workers and imposed unprecedented concessions to our collective agreements, was little more than a tool used to win a by-election. As incentive for the OECTA (Ontario English Catholic Teachers Association) to accept these concessions prior to their imposition, the government included the fiscally neutral Reg. 274.

Firstly, let it be noted that Reg. 274 has not created a system for which seniority is anything significant in the hiring process. In most cases, boards that decided to comply with the regulation created a three-tiered hiring process. The first tier is comprised of an existing pool of supply teachers, and other non-permanent hires. Teachers in the first tier with 20 days teaching in a ten-month consecutive period over the past five years were given exclusive opportunity to interview. If successful, these teachers would be added to a second list from which all permanent and long-term occasional positions would be hired. Notwithstanding this qualification, candidates must first have completed a four-month long-term occasional assignment, and have received a positive evaluation from an administrator to be eligible to apply for a permanent position. When a position then becomes available, the five most senior teachers on the LTO list with suitable qualifications for the posting are guaranteed an interview, and one of the five will be offered the job. What exists as the result of this process is very little semblance of seniority consideration.

Indeed, there is no obligation to hire to either the supply list, or the LTO list, with any consideration of seniority. What has resulted from this new process is many educators with hundreds of hours of practical classroom experience, who have been hired by several board principals throughout their careers, were not hired by the selection panel to the newly created second hiring tier. How suddenly are these veteran teachers no longer the ideal candidates they were when they were the top selection for jobs past? Evidently, nepotism trumped seniority throughout this process, all but nullifying the intended effects of this regulation. Interviewing for, debriefing, releasing and re-releasing these lists jumbled while costs and time were mounting; boards were refusing to implement it, and details were being modified on what seemed like a weekly basis. Needless to say, everything about Reg. 274’s intent was perverted through this process. That does not warrant a needlessly self-destructive overreaction to a problem.

Mostly, opponents of Reg. 274 (see prolific commentator Christina Blizzard’s take) seem to have it wrong: they blame unions for Reg. 274, and decry the quality of teacher that is now hired under the imposed process. They suggest seniority-based hiring is perhaps the least desirable process for determining greater employment and job security. Furthermore it is suggested that hiring should remain entirely at the discretion of the school’s principal; who better to decide what is best for the school? This is an idea that deserves much consideration. The suggestion that seniority hiring is flawed as it favours less-capable teachers over more capable teachers is as faulty as a one-legged stool. It assumes that the person(s) performing the interview and making the hiring decisions are the best person to do so. Many administrators have no formal training in hiring. Many are destined to make lateral moves throughout their board, with little professional growth or prospect of advancement in their careers. The Mike Harris government removed administrators from the Federation, so neither ineffective administrators nor boards have the option to transition inadequate principals back to the classroom. Moreover, there are countless examples of hiring practices that favour extracurricular involvement or fiduciary decisions over what would make a candidate the best classroom teacher. The product of this mindset is an illusion that this system creates a more comprehensive context for hiring. In reality, what makes for the most suitable candidate is entirely exclusive of these financial and extra-curricular considerations. As a result, it is quite reasonable that seniority-based hiring and employment security has remained a valuable goal of unions.

In the late nineteenth and early twentieth centuries, unions sought to prevent employers from replacing older, higher paid workers with younger, lower-paid ones. Seniority provisions are thus a hallmark of union collective bargaining agreements. Since teachers were granted the right to strike through the passage of The School Boards and Teachers’ Collective Negotiations Act in 1975, protecting teachers from the fickle hiring practices of school staffing processes has been a bargaining foci. While imperfect in many ways, education worker contracts have made great strides since the mass teacher resignations of the early ‘70’s. The nature of education creates a precarious balance between self-preservation and the inherent desire to engage and assist learners. Historically, this paradigm is a pressure point in the minds of education workers, and the agent controlling the purse strings. In the case of seniority-based hiring in the education sector, this perception is being manipulated to grant greater power to those that seek positions of greater authority.

It is reasonable to assume that teachers with a wealth of seniority have at least once in their careers been hired by a principal. In Ontario, teachers are well-educated professionals with a minimum of two degrees. We participate in professional development on an ongoing and frequent basis. What then makes someone with the same qualifications but less teaching experience more qualified for the job? In reality, in Ontario’s education system, nothing. The Ontario Provincial Conservative party’s push to kill Reg. 274 is one based entirely on finance and ideology. The losers in this system are the mature professionals that seek balance between their personal and professional lives, and of course, the future generations of educators interested in preserving their rights.

Ryan Kelly is a postsecondary teacher and Political Action Chair of OSSTF District 13.

12 thoughts on “Regulation 274: Ontario Education and the Hiring Debate”