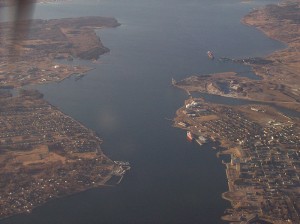 On Labour Day Weekend, Sydney, Nova Scotia celebrated the opening of the Open Hearth Park on the remediated site of the former steel plant with a series of musical performances, a gourmet street fair, and a procession of former steelworkers through the park. The celebration, titled “Stronger than Steel,” revealed some of the ways that the experiences of deindustrialization have been reflected in Sydney and how the industrial past has been commemorated. Some of the language surrounding the event, however, indicated a re-branding effort was underway; Keith MacDonald, CEO of the Cape Breton Partnership for economic development, promised that “the . . . event will showcase Sydney as a great and green place to live, work, and do business.” The name itself, “Stronger than Steel,” indicates a community that has survived the loss of its major industry – albeit with significant hardship in the form of lost jobs and outmigration. Promotional material describing the event did an excellent job of showcasing the new park, reflecting upon the role of the steel plant on local culture, and looking ahead to a brighter future. While much of this material focuses on “turning brown into green,” it is also important to remember that the economic and political ramifications of industrial loss have not been similarly consigned to the past – they continue to influence daily life in the city, and are represented throughout local culture and commemorative activities. 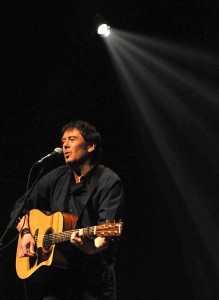 Aside from the official opening of the park, Stronger than Steel boasted a number of events related to the history of steelmaking in the city. On Friday, August 30, attendees were treated to a screening of the 2012 documentary film Heart of Steel that provided a history of the steel mill, interviews with local steelworkers, and a description of the environmental clean-up process on the site of the former plant. On Saturday afternoon, an event titled “The Multi-Cultures of Our Community” saw music and dance numbers performed by members of the local Mi’kmaq, Ukrainian, Acadian, and African-Canadian communities. That evening featured a procession of former steelworkers marching through the park towards the main stage before the beginning of the 7:00 pm concert series. Included in the concert performances were a number of prominent East Coast artists, such as the Men of the Deeps, the Barra MacNeils, Breagh MacKinnon, J.P. Cormier, and Lennie Gallant. Gallant performed his popular 1991 song about a steel plant shutdown, “Man of Steel,” to the audience’s delight. Similarly, musician Hubba Parris of the local rock band Spyder performed a cover of John Cambelljohn’s “Friday Night at Fred’s,” which describes a now-closed nightclub that was popular among local steelworkers. Although the event as a whole was forward-looking, these moments provided brief opportunities for contemplation of the city’s industrial experience.

In terms of historical study, “Stronger than Steel” represents one local performance that has been informed by a combination of global factors. The organizers, participants, and performers each acted within the context of a city and a community shaped by the processes of globalization, deindustrialization, and economic marginalization. Through the examination of local experiences and responses to larger trends, historians are able to produce layered histories that re-frame “local history” within national and global contexts. Some historians have been critical of such an approach; David Lowenthal, for example, argues that historians who focus on local issues are simple purveyors of “heritage,” while “history” refers only to the process of scholarly research and publication. [1] This distinction is not so clear when we begin to consider the usefulness of public and oral history in understanding the relationships between events such as “Stronger than Steel,” historical consciousness, and group identities. In other words, we all must consider the relations of power – such as production or consumption – that link individual communities to global forces. 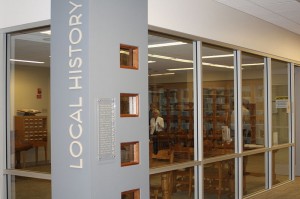 [1] David Lowenthal, Possessed by the Past: The Heritage Crusade and the Spoils of History (New York: Free Press, 1996).