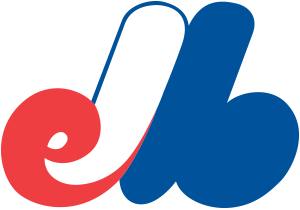 The Montreal Expos are just one of many logos featured on the Northern Army Preservation Society’s new site devoted to Canadian logos.

Back in October, I was in Montreal and went to what immediately became my new favourite sports store. Apart from the obligatory Canadiens gear, the store had racks of apparel featuring many teams’ retro logos and, perhaps more excitingly, the logos of several defunct sports teams. While I bought a Montreal Expos hat and Hartford Whalers shirt, the Quebec Nordiques and Vancouver Grizzlies gear was tough to walk away from.

Walking through the store served as a terrific example of how powerful logos can be. Take the Montreal Expos logo, its meaning goes well beyond representing a professional baseball team. Depending on your personal experience, the logo can remind you of great days watching games at Jarry Park or the pain of losing your favourite team. In either case, the person looking at the logo attaches their own meaning to the symbol that goes beyond the tri-colour design.

Because they can elicit such powerful emotions, there is great utility in preserving the logos that have been eschewed by companies or of organizations that no longer exist. They can remind us of a certain place and time in our lives while also serving as a lens through which we can examine Canadian design history.

In this episode of the History Slam, I talk with Ryan Anderson, founder of Northern Army and the Northern Army Preservation Society of Canada, which has just launched a new website devoted to preserving Canadian logos. We chat about the site, the process of collecting the logos, and the challenges of designing logos in Canada. You can check out the site here and, as Ryan says in the podcast, if you have any ideas of logos that can be added to the collection, do not hesitate to let them know.