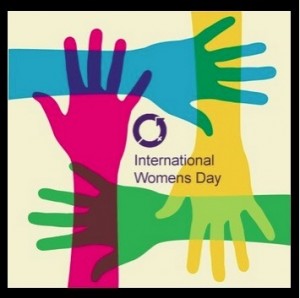 Champions of equality, however, persisted. 20th century wars and genocides prompted international action. The United Nations, like the earlier League of Nations, proved influential, producing Conventions on the Political Rights of Women (1952), on the Nationality of Married Women (1957), and on Consent to Marriage, Minimum Age for Marriage and Registration of Marriages (1962). By the 1960s, the second great feminist wave took up the unfinished agenda of fundamental human rights. Its message infused International Women’s Year (1975), the International Decade of Women (1976-85), and the UN Convention on the Elimination of All Forms of Discrimination against Women (CEDAW; 1979).

IWD was another beneficiary. In 1977 the UN encouraged members to proclaim 8th March ‘the UN Day for Women’s Rights and International Peace.’ The linkage of women and peace (remember Mother’s Day) was familiar. Far newer was recognition of violence against women in both war and peace as a major human rights violation. This was not the only shift. By the close of the 20th century, the IWD feminist grassroots in Canada as elsewhere emphasized the role of class, race, sexuality, and (dis)ability in further jeopardizing particular groups. Although Canadians grew increasingly sensitive to human rights, state approval included the threat of cooptation. In 2014 Canada’s Conservative government left its anti-woman record unmentioned (which included withdrawal of plans for a national child care program and major cuts to Status of Women Canada [2006], the prohibition of civil servants taking pay equity complaints to the Human Rights Commission [2009], the denial of international funding for abortion [2010], and major cuts to public services that employ and serve significant numbers of women)[1] as it dedicated IWD week to the ‘valuable contribution of women entrepreneurs.’

For the moment, despite herculean efforts by loyalists, the IWD spirit often resides elsewhere than in official commitments. In 1991, Aboriginal and non-Aboriginal women in Vancouver’s Downtown Eastside inaugurated 14th February as a Day of Remembrance for murdered and missing women. As losses mounted across the country and around the world, that tragic record drew increasing censure.  The UN appointed a special rapporteur on violence against women while the Native Women’s Association of Canada and the Canadian Feminist Alliance for International Action provided on-going proof of abuse for the UN CEDAW Committee. In 2014, nation-wide Valentine’s Day protests once again illuminated the plight of particularly disadvantaged women. The Canadian human rights calendar now properly includes the day previously evocative solely of romance.

The 8th of March should not, however, be abandoned. The IWD’s vision of ‘bread and roses’ does not rely on UN approval, for all its value.  Like much feminist accomplishment, it has been hard forged on picket lines, in women’s shelters, in political life, and in private homes.  With its rich history of resistance and celebration, IWD remains a key marker of how far we have come and how much remains to be done when it comes to women’s human rights in Canada and around the globe. On 8 March 2014, like many others, I will be renewing my commitment to a more just future.

Veronica Strong-Boag, the author and editor of many scholarly books and articles, received the Tyrrell Medal for excellence in Canadian history from the Royal Society of Canada in 2012 and is a former president of the Canadian Historical Association. She is a Professor Emerita at UBC and at the moment the Ashley Visiting Professor at Trent.