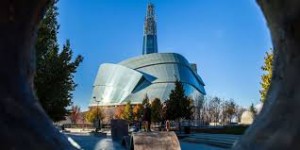 One thought on “History Slam Episode Sixty-Seven: The Canadian Museum for Human Rights”