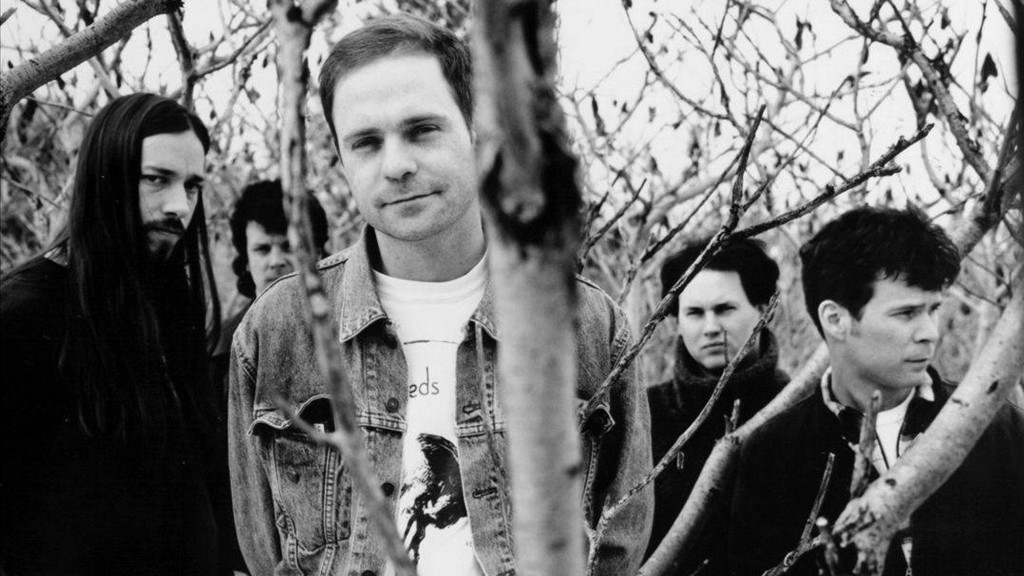 “Playing live is cool because it’s two hours of twenty-four that I can think about nothing,” Gordon Downie revealed in an interview from June 1991, with his signature rasp. “I have no worries, no insecurities; everything flows. It’s therapeutic every day to jump through that hatch in the roof and howl at the moon.”[1] For the lead singer and enigmatic frontman of The Tragically Hip – an upwardly mobile blues-rock quintet hailing from Kingston, Ontario – getting on stage and performing for a crowd was a beneficial release. During the late 1980s and early 1990s, the band cemented its reputation in Canada as a righteous live act. Each show the group gave was a frenzied field of pleasure in and through which people could relish encountering liberation from the strains of life, if only fleetingly, while also enjoying the soothing confirmation of individuality. In essence, The Tragically Hip’s concerts were opportunities for both band and audience members to go beyond the ordinary limits of commonplace experiences, to enact their own brand of the rites of Dionysus.

The term “live” did not become a part of music appreciation vocabulary until the mid 1930s, nearly fifty years after the advent of viable commercial sound recording technologies. Live music – as opposed to recorded music – was a concept that emerged from a serious interwar labour struggle in Canada and the United States.[2] The mechanical reproduction of music was threatening the livelihoods of most professional musicians. In response, the bi-national American Federation of Musicians mounted a long-lasting and far-reaching public relations campaign that positioned live performance as the genuine source of authentic music, in stark contrast to “canned” recordings. Eventually, in the 1960s, rock culture adopted this belief in the power of live-ness. At the same time, however, records were the basic paradigm of rock music: albums were models of creativity for musicians to emulate and consumers to appreciate.[3] Yet, despite that ingrained convention, enthusiasts still envisioned rock as a performing art. Live shows were in demand for a host of reasons, though none was seemingly more pressing than the desire for pleasure. 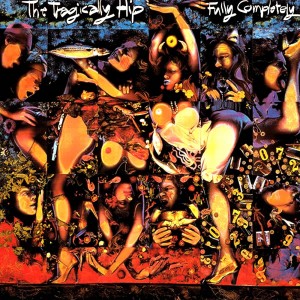 Rock concerts were, ideally speaking, hedonistic affairs: delightful orgiastic spectacles featuring vigorous expressive bodies. If the band was on fire and the crowd hyped up, then participants forged communal bonds with each other that normalized specific cultural practices and the myriad mental views they afforded. Everybody in attendance could feel significant pleasure through identification with one of those distinct perspectives. Nevertheless, there was another intensified form of pleasure that arose when people briefly lost themselves in a special musical moment. Dionysian impulses led some to a complete loss of self-recognition. Be it the result of having a shared experience of time spawned by the rhythmic pulse or simply the work of pure insight, whatever the impetus may have been, the shattering of ego provided a climactic thrill for those who abandoned autonomous selfhood and entered into a state of boundless union with all being. This “oceanic feeling” – to borrow a phrase from Freudian psychoanalysis – was a highly pleasurable kind of dissipation, but it never lasted. Soon enough, individuals would reassert themselves, buoyed with the gratifying memory of transcendence fresh in their minds.[4] 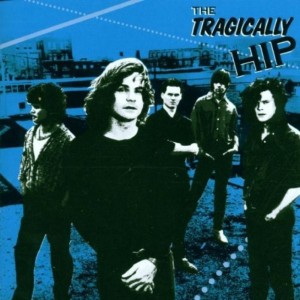 At the start of the 1990s, when alternative rock initially flourished in the Canadian musical mainstream, The Tragically Hip was one of that subversive genre’s biggest purveyors, playing hundreds of raucous shows across the country every year to legions of fervent fans. The Kingston quintet became a must see for many rock supporters. Gordon Downie, in particular, was legendary among concertgoers for his peculiar – absurdist, some music journalists wrote – stream-of-consciousness monologues that he improvised on stage occasionally. In the midst of a given tune, Downie would ad-lib an eccentric tale as his band mates accentuated his musings with their instruments while keeping the groove going. Perhaps the most famous spur-of-the-moment rant of his to be recorded was captured in May 1991 during an animated rendition of “New Orleans is Sinking.” Over the course of four dynamic minutes, Downie ruefully detailed how his former career as a clean ‘n’ scrub man for the killer whale tank at a huge government-sponsored aquarium ended abruptly when Bartholomew, a disaffected beast of the deep, suddenly ripped his left arm off. Whether it was diving into a freezing lake to rescue a family trapped underwater in their car, killing a Japanese exchange student in a regrettable trick-or-treat mishap on Halloween, or some other wild concoction, these free-form forays into Downie’s mind were frequently extended meditations on mortality. He encouraged everyone present to join in on the weird scenes inside his head. With everything flowing creatively, in what amounted to a rite of Dionysus, The Tragically Hip enabled the conditions through which both band and audience members could be free of inhibitions and social constraints for a joyous little bit. The capability of live performance to instil extraordinary pleasure was manifestly evident amid such spontaneous moments.

Under the sway of the Dionysian, The Tragically Hip’s concerts transported performers and ticketholders alike beyond the typical limits of everyday experience. For, while it served to lock in place bonds between people at the shows, the power of live-ness also liberated scores of attendees from the strictures of individuality, albeit temporarily – ensuring that each of the Kingston quintet’s live performances was an intoxicating field of pleasure. At the heart of it all was Gordon Downie. Twisted and brilliant, the lead singer was a one-of-a-kind showman who prowled the stage with unmatched abandon. In the multitude of years that have passed since the early 1990s, The Tragically Hip has remained a consummate live rock act in Canada. The same core cast of characters has hit the road on tour every now and then, usually in support of a new album, to the exultation of their adoring loyal fans. Life, however, has taken a toll. Admirers of the band are currently gathering to witness the autumn of The Tragically Hip. And, as with the temperate season, the sound and splendour of these farewell shows elicits great pleasure, even though it clearly reminds beholders of the transitory nature of existence.

Paul David Aikenhead is a senior doctoral student in Canadian cultural history at York University. His dissertation examines the place of rock music in Canada from 1984 to 1994, paying specific attention to how the discourse about authenticity shaped the social order in an age of postmodern neoliberalism.

[3] Theodore Gracyk, I Wanna Be Me: Rock Music and the Politics of Identity (Philadelphia: Temple University Press, 2001), 71.

[4] The understanding of pleasure at rock concerts outlined in this paragraph is based on a non-dichotomous reading of Roland Barthes, The Pleasure of the Text, trans. Richard Miller (New York: Hill and Wang, 1975).

One thought on “The Rites of Dionysus: Live Performance, Pleasure, and The Tragically Hip”