The Revenant is loosely based on a year in the life of the U.S. fur trader and mountain man Hugh Glass. The spectacular cinematography, the action, and – for some – questions about the veracity of the story may have overshadowed what in many ways is the central theme that runs through the storyline: religion.

The influence of Alejandro González Iñárritu, the director and co-author of the screenplay, can clearly be seen in the way religion appears in the movie. Iñárritu’s auterism (a film studies term that describes the indelible imprint that some directors leave on the films they make) has created a work of transnational cinema that emphasizes a specific view of the history of the North American West in the 1820s and also a specific view of religion. 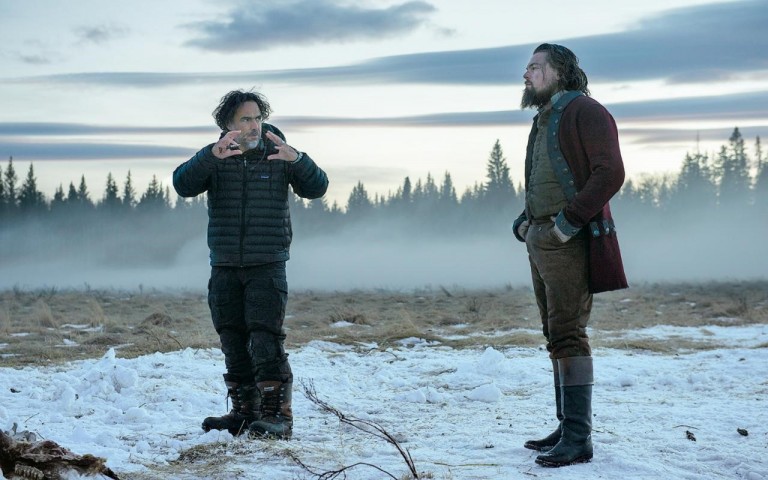 The director (left) and star of the Revenant. Telegraph.co.uk.

The religious language of the film could be read as a narrative strategy to make the story seem more historical to twenty-first century viewers. Examples of this religious language appeared, for instance, before John Fitzergerald (Tom Hardy) tried to suffocate Hugh Glass (Leonardo DiCaprio) in the early stages of the movie when Fitzgerald offered Glass “the last sacrament.” In fact, Fitzergerald expresses Christian ideas with great regularity. When the young Jim Bridger (Will Poulter) realizes that Fitzgerald lied about a pending Arikara attack and a scuffle ensues, Fitzgerald pulls the trigger of the unprimed rifle and says, “The way I see it, I saved your life twice. I ought to be God to you. God giveth, and God taketh away.” Soon after that scene, there is a campfire conversation where Fitzgerald tells Bridger that after having a run-in with the Comanche, his father “found God. He was a squirrel.” And near the end of the movie, when Captain Andrew Henry (Domhnall Gleeson) plans to shoot Bridger for abandoning Glass, Henry demands that Bridger say the Lord’s Prayer.

The recurring religious references in the movie are often influenced by Catholic ideas, which could be interpreted as an element of González Iñárritu’s auteurism. Anointing the sick is not a sacrament in most Protestant denominations, but Fitzgerald offered Glass “the last sacrament.” Similarly, Henry’s desire that Bridger say the Lord’s Prayer before dying is one act that could be included as part of last rites in the Catholic tradition, but not so in most Protestant denominations. There is a scene right before Glass and Hikuc (Arthur RedCloud) part ways where Glass imagines he re-encounters his dead son Hawk (Forrest Goodluck). They meet in the ruins of stone church, filled with images of a crucified Christ. This appears to be yet another example of the stamp of González Iñárritu. Based on the architecture and murals, this kind of Catholic church is out of place in the Dakotas of the 1820s, but it very much belongs in the Mexico of the period, a country that – before U.S. expansion in the 1840s – bordered the region where the film took place. 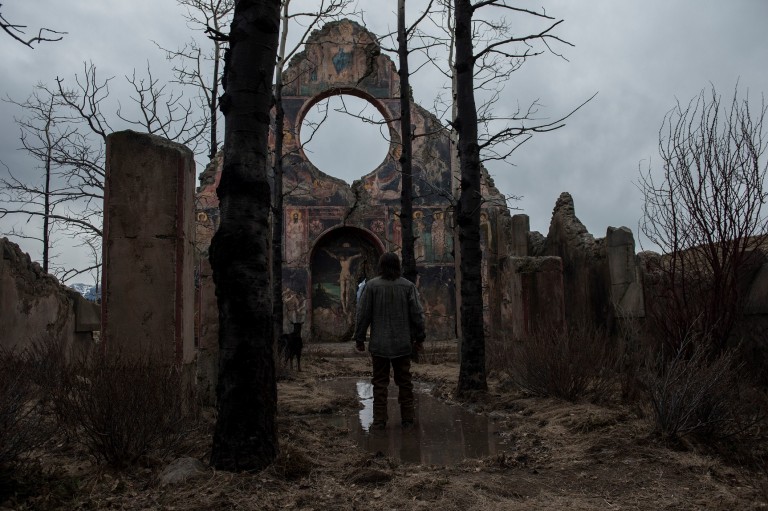 The way that the Mexican director and co-author of the screenplay depicts a history of the U.S. West by it infusing with Catholic references is a particularly revealing example of the transnational nature of this film. It is perhaps also a Mexican challenge to the historical narrative of the North American West, which portrays the region as part of the United States long before it became part of the country. The film’s recurring references to Catholicism could also be read as González Iñárritu’s attempt to depict the region as a borderlands space, not defined by the expansion of the United States but as the confluence of Mexico, the United States, and Francophones on the lands of the Arikara and Pawnee.

Another way that The Revenant is centrally shaped by religion is the story of revenge that drives the film. There are three fathers seeking revenge: Hugh Glass, Hikuc, and Elk Dog (Duane Howard), and the revenge of all three is interwoven. When Glass meets Hikuc alongside a dead buffalo and a pack of wolves, Hikuc tells Glass that his people and family were killed by the Sioux and that “my heart bleeds, but revenge is in the creator’s hands.” At the end of the movie, when Glass is about to kill Fitzgerald and get his revenge, Elk Dog appears, and Glass tells himself, “Revenge is in God’s hands.” Glass then subordinates himself to this Christian teaching by turning Fitzgerald over to Elk Dog rather than killing him himself.

In fact, fatherhood is central in linking the protagonist Hugh Glass with indigenous communities. Glass liberates Powaqa (Melaw Nakehk’o) from her Francophone captors, and so doing helps him build a bridge to her father Elk Dog—a bridge reinforced in the last scene, when Elk Dog kills Fitzgerald on Glass’s behalf. In addition, Glass is the father of an indigenous son, Hawk. Speaking in the Pawnee language early in the film, Glass warns Hawk about the threat that the other Euro-Americans represent, and he tells his son to be invisible and advises him that white Americans “do not hear your voice, they only see the colour of your face.” Although The Revenant denounces in some ways the injustice of nineteenth-century U.S. expansionism—indigenous villages are destroyed, Powaqa is sexually assaulted, and Hawk is killed—the notion of paternity that this movie presents is based on traditional Western ideas. Fathers are portrayed as protective figures for their families and as the ones responsible for their sons and daughters. Christian ideas of fatherhood run through The Revenant: The film is driven by a narrative of father and son, a risen Christ-like figure, and steeped with religious language.

While at many times denominational specificity is unclear, there are explicit references to Catholicism, which seems in many ways appropriate considering both the auteurism of Alejandro González Iñárritu, the contested space where the story unfolds, and the pan-North American nature of the project’s production. It is a Hollywood movie with a Mexican director and a Mexican director of cinematography (Emmanuel Lubezki) which is filmed largely in Canada with several Canadians in supporting roles. The result is a unique version of U.S. history.

Benjamin Bryce is an assistant professor in the Department of History at the University of Northern British Columbia. He is the co-editor of Entangling Migration History: Borderlands and Transnationalism in the United States and Canada (University Press of Florida, 2015). Anna Casas Aguilar is an assistant professor of Hispanic Studies in the Department of French, Hispanic and Italian Studies at the University of British Columbia. She is the author of “Espectros de la paternidad y disolución de fronteras en Biutiful de Alejando González Iñárritu.” Journal of Spanish Cultural Studies 16.2 (2015): 179-191.

One thought on “Religion and Auteurism in The Revenant”