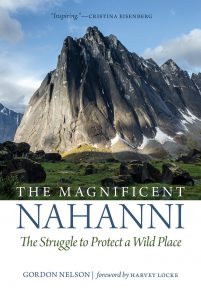 One thought on “History Slam Episode 108: The Magnificent Nahanni”