During the First World War more than 15,000 Canadian soldiers were diagnosed with combat related psychological illnesses.[i] While the term shell shock retained social currency long after the war, it was banned as a diagnosis in the military in 1917. Too many soldiers were being evacuated from the trenches, and shell shock had become an ambiguous catch all for a variety of ailments grouped together as the “war neuroses”.[ii] But what happened to these soldiers when their symptoms reappeared after the war? Piecing together the personal history of one veteran, Private Dennis R., demonstrates how difficult it was to attribute psychological illnesses to war service and receive treatment or a pension in the post-war period. [iii] This issue is particularly relevant on the heels of media reports that Canada’s mental health care system is woefully inadequate to deal with returned Afghanistan veterans,[iv] and that both suicide and post-traumatic stress disorder are reported to have reached crisis proportions among Canada’s returned veterans.[v] 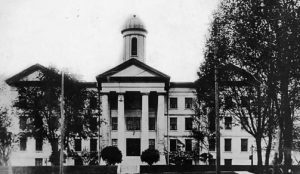 Figure 1. Photo of the Ontario Military Hospital at Cobourg c. 1920. Many returned veterans, including Dennis R., were treated for war neuroses at this hospital between 1916-1920. Cobourg Public Library, 610-2.

Dennis R. enlisted with the 244th Battalion of the Canadian Expeditionary Force in July 1916. In May of 1917, he proceeded to France and was transferred to the 23rd Battalion. When his mental symptoms began, Dennis could give no account of himself, had headaches, was pale, feverish, nervous and shaky. His symptoms fit well within the scope of what was at the time called “shell shock,” which was characterized chiefly by being easily startled, and suffering from headaches, sleeplessness, nightmares, tremors, and loss of appetite.[vi] Although he was confused, medical officers attributed Dennis’ illness to prolonged exposure to shell fire and the shock of a nearby lightning strike during a thunderstorm. Dennis was evacuated to England, passing through the Lord Derby War Hospital at Warrington and the Royal Victoria Hospital at Netley, before being sent back to Canada in October 1917.

Dennis’ disability was initially listed as NYD (not yet diagnosed) nervousness but upon arrival in Halifax it was changed to shell shock, then changed again upon admission to the OMH at Cobourg to confusional insanity. Confusional insanity was a form of exhaustion psychosis, characterized by anxiety, restlessness and forgetfulness. It was thought to be triggered by some emotional shock – a symptomology not dis-similar to shell shock.[vii] While doctors at the OMH assigned each patient a diagnosis, neuropsychiatric diagnoses were not necessarily definitive at the time. As Dr. Clarence Farrar, the chief psychiatrist for the Military Hospitals Commission of Canada stated about the OMH’s patients up to February 1917?:

A single-diagnosis classification … is quite inadequate to represent the actual conditions present. Many of the cases are psychiatric composites and a complete classification involves numerous repetitions…Shell shock is set down in the table as constituting 12 per cent of the cases, while as a matter of fact, symptoms of trench neurosis were or had been present in at least 14 cases (28 percent).[viii] 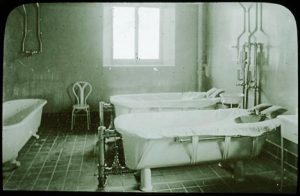 Figure 2. Photograph of the continuous baths at the Ontario Military Hospital. Veterans, like Dennis R., were treated primarily with rest therapy, which included hydrotherapeutic baths. Library and Archives of Canada, 1974-258 NPC.

Many veterans’ diagnoses changed from medical board to medical board throughout their war service and in their pension files.[ix] This presented a conflict between understandings of psychiatric illness and the Canadian Pension Commission’s emphasis on discrete categories of disability which could then be categorized further as “attributable”, “aggravated by,” “not aggravated” or “not attributable” to war service to determine eligibility for treatment and pensions among returned veterans. Veterans with disabilities or illnesses that were attributable or aggravated by their military service were eligible to receive a pension to compensate them for their reduced ability to seek employment after the war. They were subsequently assigned a percentage of incapacity for their disabilities. For example, the loss of both legs, arms or eyes would be considered a disability of 100%, whereas the loss of a thumb would be rated as a disability of 20%.[x]

Dennis was discharged from the military and the OMH in 1918. Even though the medical board at Halifax had determined he had suffered from a 75% disability attributable to service, the Board of Pension Commissioners (BPC) rejected his first pension application. After treatment in hospital, his symptoms had alleviated, and pensions were only awarded for permanent loss of ability.[xi] What would happen if Dennis’ symptoms relapsed after the war? This initial pension application denial represented the beginning of Dennis’ struggle to have his illness recognized as war trauma.

A decade later, in 1928 at the age of 31, Dennis went to the Soldiers’ Civil Re-establishment Clinic in Montreal, complaining of weakness, falling asleep at work, and pain in his head. He wanted treatment and to re-apply for a pension. After observation at St. Anne de Bellevue mental hospital, Dr. Myers, the resident Senior Medical Officer changed Dennis’ diagnosis to “constitutional psychopathic inferiority”, a vague diagnosis that implied inherited mental degeneracy. Dr. Clarence Farrar, the chief psychiatrist for the Military Hospitals Commission of Canada, believed that up to 90% of the shock cases treated at the OMH were the result of individual biological predisposition, which would absolve the BPC of responsibility in these cases.[xii] The BPC had also acquired a letter from one of Dennis’ superiors in the 23rd Battalion––Captain Philip Walker––who stated that Dennis was not subjected to exceptional exposure on active duty. It is clear that the BPC weighted Captain Walker’s testimony heavier than Dennis’.

The BPC denied Dennis’ second pension application. At this point, he mounted an appeal arguing he was treated extensively for his nervous condition while on active service. The BPC denied his appeal, and the pension file ends with a final notice to Dennis that if he wanted to continue his appeal he had one year from October 1933 to do so. During the appeal process, it was up to Dennis to prove that his condition dated back to his military service – an extremely difficult task a decade after the war. Furthermore, it could take months for an appeal to be heard, and the BPC had the final say in all matters pertaining to pensions.[xiii]

The BPC assured veterans that their evaluations and ratings of disability due to war service were “both accurate and fair”.[xiv] Veterans, however, did not always agree. Their pension files highlight that a change in diagnosis to an inherited mental condition had significant ramifications for their applications. Dennis’ “constitutional psychopathic inferiority” was considered a congenital condition that was not eligible for a pension because inheritance could not be attributed to military service during the war.

The stigma associated with mental illnesses was so great that during his hospitalization in 1917, Dennis himself resented being treated in the same hospital as one of the “mentally defectives”. How he felt being treated among them, when his diagnosis was changed after the war, is uncertain; he had no further communication with the BPC, which did not keep track of veterans after they were denied pensions. Dennis’ case history reveals the path by which his “shell shock” was changed to “constitutional psychopathic inferiority.” In this way, Dennis’ suffering was not pensionable when the BPC denied him further treatment and a pension in the post-war period.

Kandace Bogaert is an AMS History of Medicine post-doctoral fellow at the Laurier Centre for Military Strategic and Disarmament Studies. Her current research focuses on the tensions between authoritative medical knowledge and First World War veterans’ perspectives and experiences with neuro-psychiatric illness.

[v] Les Perreaux, Laura Stone, “Ottawa lacks urgency dealing with suicide crisis: veterans advocate,” The Globe and Mail (2016); Ashley Terry, “Invisible Wounds: Crisis in the Military,” Global News (2016). Not everyone agrees with this interpretation of PTSD/suicide in the military. For a counter-perspective, see: Colby Cosh, “The PTSD crisis isn’t a crisis, and inventing one doesn’t help,” National Post. (2016).

[x] Desmond Morton, “Resisting the Pension Evil: Bureaucracy, Democracy, and Canada’s Board of Pension Commissioners, 1916–33,” Canadian Historical Review. vol. 68, no. 2 (1987) pp. 199–224. See also the introductory blog post to this series for additional details on attributability and the pensioning process of the CEF. Eric Story, ed. “Deconstructing the Canadian Veteran Community of the Great War.”