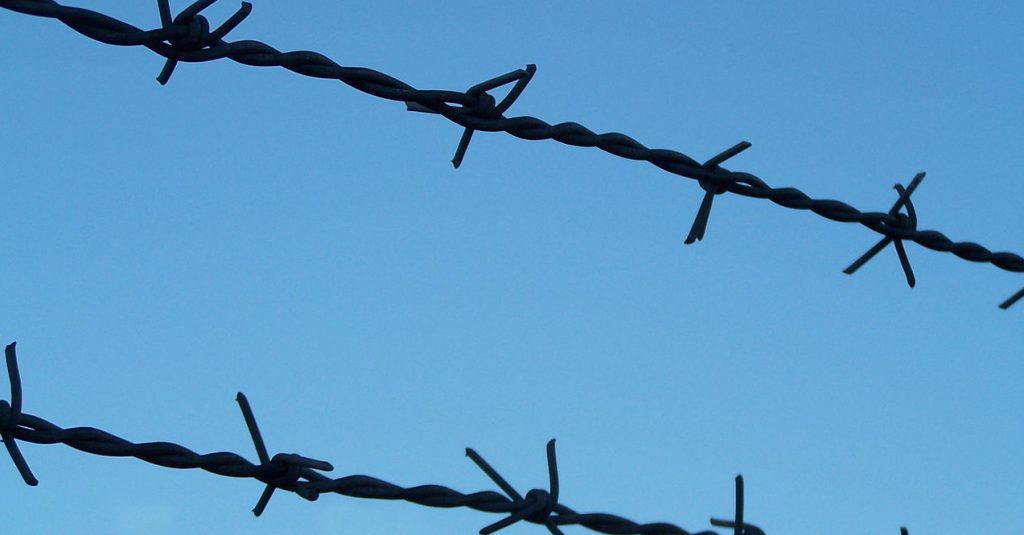 There are three things going on in my world at the moment. The first is that I am slowly but surely reading Tanya Talaga’s Seven Fallen Feathers: Racism, Death, and Hard Truths in a Northern City about the lives and deaths of Jethro Anderson, Curran Strang, Robyn Harper, Paul Panacheese, Reggie Bush, Kyle Morrisseau and Jordan Wabasse in Thunder Bay from 2000 to 2011. It is a book that is so devastating that I can only bear to read little bits of it at a time, which is a privilege given that the families, friends and communities of these children have no choice but to carry their grief and anger with them always.

At the same time, I am following news of migrant crossings away from official border posts into Canada from the United States because it is the only way that people who want or need to make claims to protection under the 1951 Convention Related to the Status of Refugees can do so under the restrictive terms of the Safe Third Country Agreement (STCA) developed by the governments of Canada and the United States in 2002 and put into operation two years later.

The final thing I am doing is watching the emerging news coverage of how refugees are being treated in the United States, which as a reminder is a signatory to the STCA that assumes both Canada and the United States are safe places and that if a refugee claimant is refused in one country, they should also be refused in the other. In the United States, as I write, children are being separated from their parents and put into privately-run detention centres about which the American Civil Liberties Union has expressed serious concerns in a clear effort by federal authorities to discourage people from making claims to protection. And in a startling reversal of decades of work globally on the particular needs of women for safe refuge, the Attorney General of the United States has declared that domestic violence and gang violence are not grounds for asylum in that country.

All of this has me thinking about the nature of safety, in the past and present. Where have people felt safe? When have they felt safe? And from whom or what?

As context, my life’s work at the moment is researching the long history of sanctuary practices in the Americas. With this research, I am attempting to move beyond conventional definitions of sanctuary involving the Judeo-Christian church (spaces that federal authorities in Canada and the United States have largely – though not always – respected). In doing so, I am thinking broadly about when and how people have sought refuge and where they have done so. Perhaps one of the most surprising aspects of this effort to re-conceptualize sanctuary more broadly is that it has drawn into stark relief the ways in such white settler societies such as Canada and the United States have operated as sites of refuge internationally while at the same remaining unsafe for many, including their own citizens.

Consider a couple of quick examples from preliminary research to date.  A while back, I was chatting with local historians in Quebec who reminded me that there are many stories of young men hiding, or being hidden, in the woods outside of villages and towns to avoid being conscripted during the First and Second World Wars. This story evoked the larger and more prevalent accounts of Indigenous children “hiding in the bush”, incidents that Tanya Talaga documents in Seven Fallen Feathers, to avoid the agents that sought to capture them and forcibly remove them from their communities to attend residential schools. Recently, I also came across the story of Muriel Kitagawa and her family, who benefited from a special permit from the city of Toronto and the intervention of Reverend Jon Finlay of the Carlton Street United Church to escape internment, to which over 21,000 other Japanese Canadians were subjected during the Second World War. She and her family lived in the parsonage for most of the war years instead. The common thread here is that everyone in these accounts was seeking refuge from the Canadian state. Canada hasn’t always been a safe space for everyone, nor is it necessarily so in the present. Just as the United States has not always been, and is not necessarily safe in the present. No place is ever guaranteed safe.

In some ways, it’s a rather obvious conclusion to draw, I suppose. In other ways, it is not. The historical record is rife with incidents where Canada has refused admission to migrants seeking refuge, with the 1939 voyage of the St. Louis being perhaps the most famous account. What we have tended to forget, and of which Seven Fallen Feathers and contemporary events remind us in spades, is that claims to being a liberal, progressive state in no way immunize people within from danger and insecurity and, in fact, such claims risk blinding us to the lived experience of vulnerability and insecurity for many, both in the past and in the present. In thinking about safety and refuge, we need to move beyond thinking only about the protection that is offered, or refused, to those arriving at international crossings, and connect the treatment of humans at the border with the experience of those who are already here.

Laura Madokoro is Assistant Professor in the Department of History & Classical Studies at McGill University, on land that has long served as a site of meeting and exchange among Indigenous peoples, including the Haudenosaunee and Anishinabeg nations.