One of my greatest pleasures in studying environmental history is the ability to get outside of the office and connect with the landscapes that I study. This connection with place is essential in researching environmental history, and at the University of Alberta, myself, Dr. Liza Piper, and PhD Candidate Hereward Longley wanted to provide this opportunity for students to engage with what they were studying in the classroom on a more practical level. Last April, we co-organized a weekend-long field trip to Jasper National Park for students in Dr. Piper’s HIST 460 / 660 “Histories of the Rocky Mountains” course, which examined histories of the Rocky Mountains drawing on primary source materials and secondary literature from environmental history, studies of parks and protected areas, Indigenous history, and recreation and tourism studies. Dr. Daniel Sims with the University of Alberta Augustana campus and two of his students also joined us for the weekend. 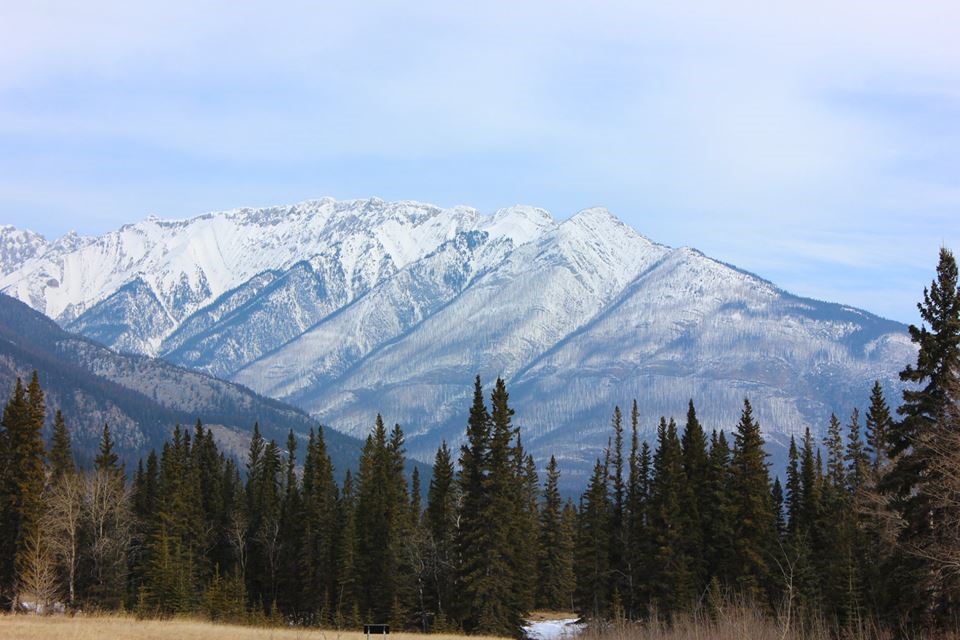 Our goals were to critically engage students with history outside the classroom and to actively engage in learning. We broke down our pedagogical purposes for the trip into three categories:

The field trip took place over a three-day weekend and included a mix of presentations and experiential learning. For the full itinerary, you can check out the trip schedule on Liza Piper’s website here. The evening before departure we began with a fantastic talk from Dr. Mary Sanseverino with the University of Victoria and the Mountain Legacy Project; the talk discussed the history of photographing mountain landscapes and the uses of photography to capture environmental change over time. Dr. Sanseverino pushed students to ask themselves to what extent can images speak for themselves? Her talk included examples of her work with the Mountain Legacy Project team and highlighted the ways in which images (and maps) are products of the photographer’s thoughts and views, and, in the late 19th and early 20th centuries, were often produced with a colonial mind-set.

The following day, armed with a list of required readings and warm coats, we departed for Jasper. Our first stop included a tour of the Teck Coal operation at Cardinal River. Environmental coordinator and social responsibility officers with Teck gave a brief presentation on the history of Teck and the Cheviot Mine, which is actively mined at present, and then they gave us a tour of the Cheviot and Luscar mine sites. The Teck crew spoke about their efforts at creating an environmentally sustainable mine and their reclamation actions, which included recontouring slopes to mimic nature and planting trees and seeds in top soil, relocating/reintroducing fish, and transplanting sheep from Montana after the sheep population around the mine collapsed. 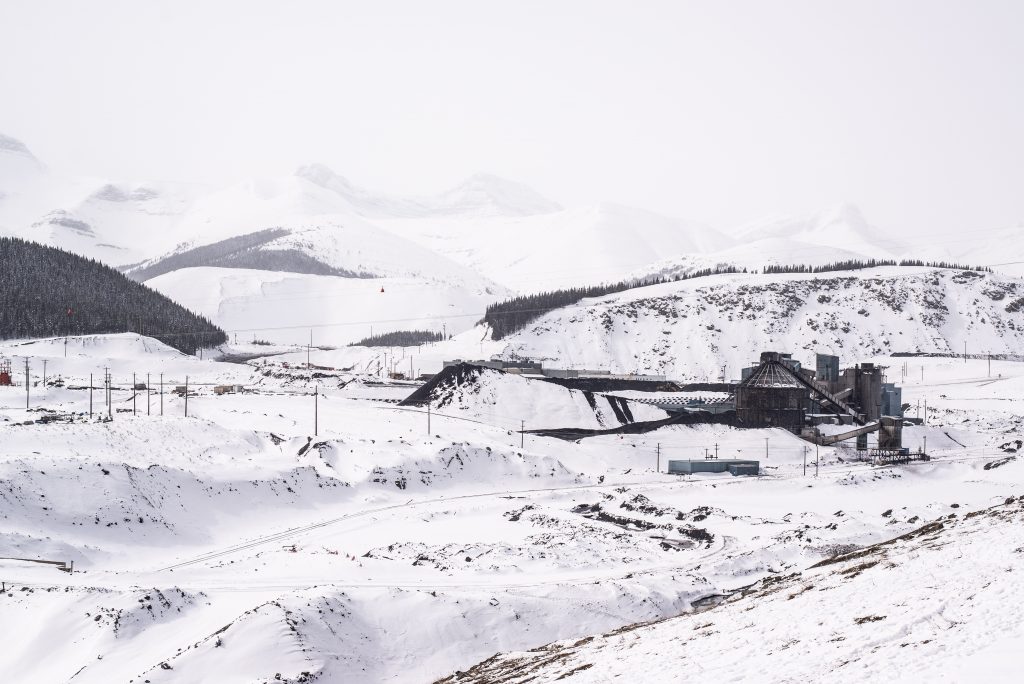 The Cheviot Mine Site. Photo by H. Longley. 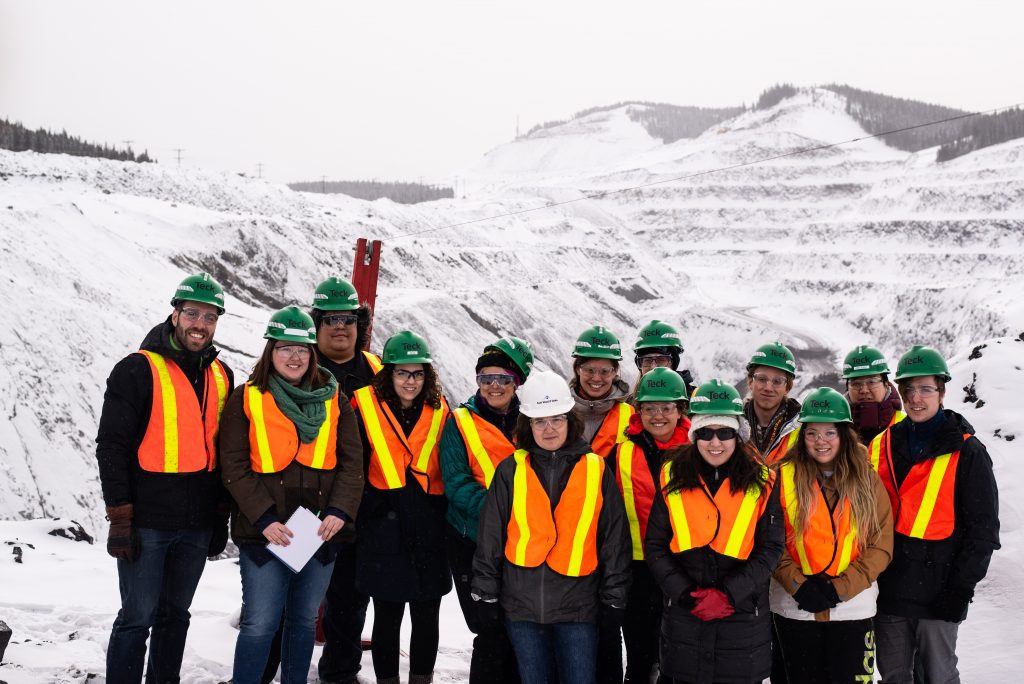 Some of our group all geared up and ready tour some mines. Photo by H. Longley.

Next, we met with met with Garry McDonald and Elder Colin Moberly from the Aseniwuche Winewak Nation who have strong historic connections to Jasper. Garry and Colin discussed the  expulsion of most Métis families  living in Jasper National Park, and specifically, their family’s removal from the Moberly homestead, after which they move to Grand Cache. In 1910, most Métis families living within the boundaries of the newly created Jasper National Park were evicted so that the federal government could expand and develop the park and establish the Jasper Townsite. Some families left while others refused to leave. You can learn more about the Métis removal from Jasper National Park boundaries here. Aside from the removal, Garry and Colin also spoke about other aspects of their historic relationship with the Jasper area, including impacts they witnessed from mining operations, a ban from hunting in the park until the 1980s, and current efforts at integrating their history into Parks representations. 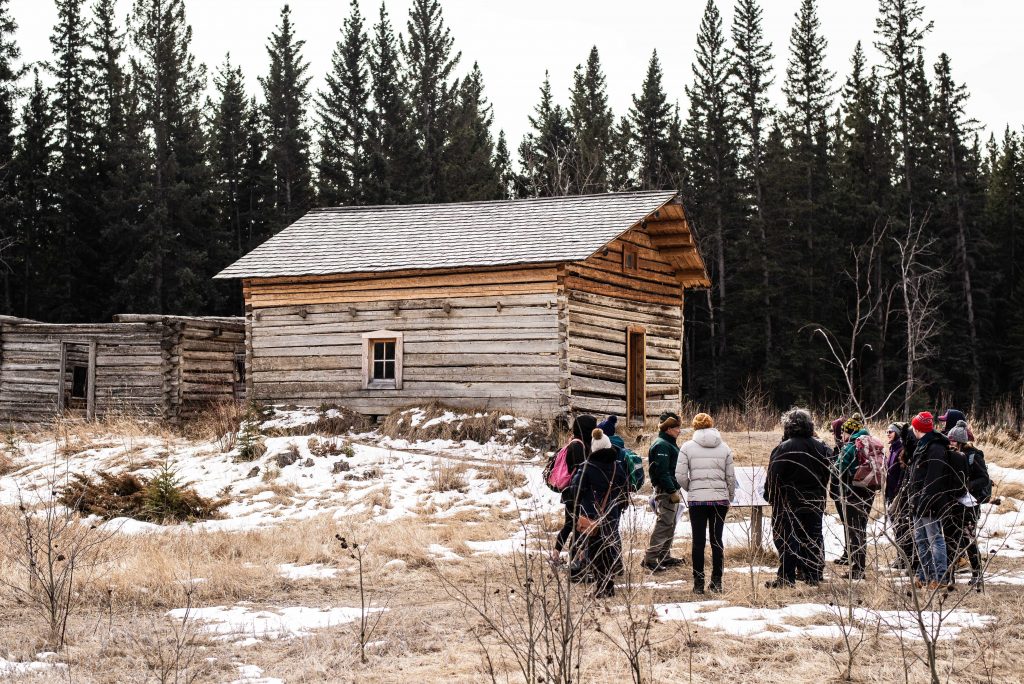 The following day, we spent most of the day with Parks Canada. We had the opportunity to visit the Moberly homesteads with Parks Canada Officer Mike Eder where he spoke about the history of removal and led us around the grounds. We heard a presentation by Tanya Letcher who took us to Henry House Flats to see a prescribed burn site and she spoke about Jasper’s fire history and their current prescribed burn management. Finally, Parks Canada Aboriginal Liaison Officer, Mike Young spoke about the historical exclusion of Indigenous people from Canadian National Parks and the current endeavours at reconciliation with Indigenous peoples in Jasper. He spoke about the significance of the Simpcw First Nations traditional hunt that took place October 2017 in Jasper National Park. Young argued that this hunt was different that previous ones as it was not a cull on hyper abundant populations, but was organized on the basis on Indigenous right. He left us with the pressing question, “is Parks Canada ready to accept Indigenous people and Indigenous rights?” 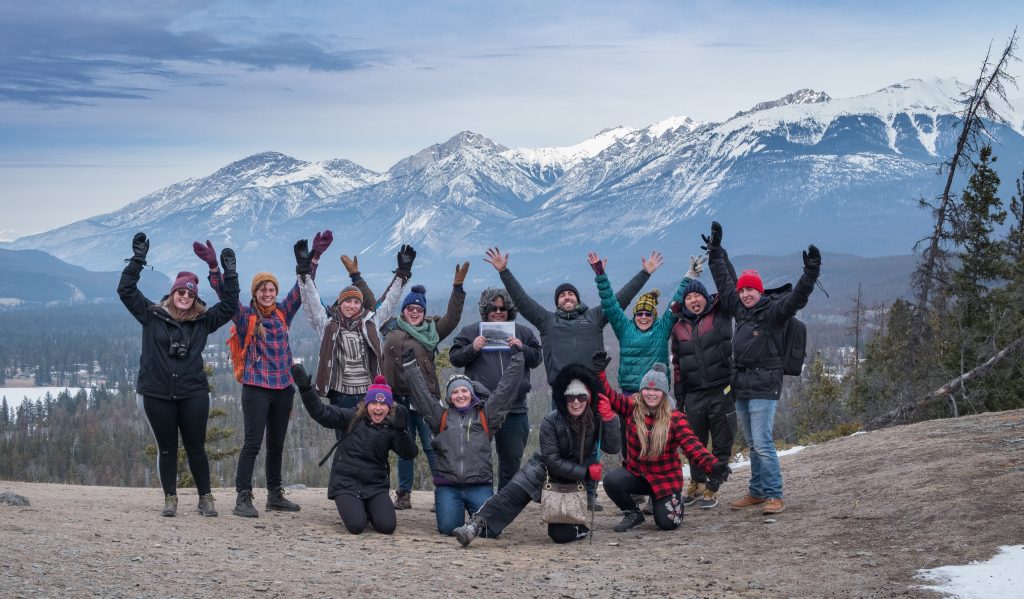 The above two photos are an example from the repeat photography workshop. Top photo by M. Sanseverino. Historic images provided courtesy of the Mountain Legacy Project and Library and Archives Canada / Bibliothèque et Archives Canada.

To round out a busy day, we hiked up to Old Fort Point where Mary Sanseverino did a repeat photography workshop with the students. This workshop was a highlight for many of the students on the trip. One student wrote in reflection that “integrating a popular and accessible hobby such as photography into learning from the past can present valuable lessons and brought light into a whole new aspect of photography I had never thought of previously.” Finally, before leaving Jasper we met with Jill Seton with the Jasper Environmental Association, which was formed in 1989 from members of Parks Canada and other Jasper residents who were concerned about business influence on parks’ ecological integrity. Their current projects include caribou population protection and wildlife protection from commercial tourist development.

Before heading back to Edmonton, we held a discussion and debrief with the students. I was deeply impressed with the level of reflection from the students on what are some major themes in the study of environmental history. Students identified and discussed the following major themes from what they learned over the weekend:

One student’s reflections from the trip demonstrates the ways in which the field trip helped her critically think about, question, and engage with environmental history, and is worth a lengthy quote:

“When we discussed the eviction of the Moberly family and the expropriation clause in the National Parks Act in class, we concluded that Dominion Parks had justified taking land away from a few so that it could be enjoyed by many. […] On our trip to Jasper, we were lucky enough to visit the Moberly homestead […]. The site has interpretive panels, a short walking trail, their first home, and a restored version of their second, larger home. It was powerful to briefly mimic the spatial experiences of the Moberly family. […] Everything at this site complemented what I had already known about the Moberly family but allowed me to grapple with it in an alternative way. It reminded me of what I value in public history sites. And yet, when we left, I still wanted more. This was a hidden gem in terms of cultural heritage. It wasn’t an elaborate space, it was actually quite modest in its presentation. However, its significance as a site of Métis history represents an Indigenous presence within Jasper National Park. A presence inherent to this land before the concept of a national park had ever existed.”

Just as many of the students reflected they were grateful for the hands-on learning experience this trip provided them, I am grateful to have been a part of organizing it. It is no small task to organize a trip of this scale with, and we realize that we are privileged to be at an institution that supports these types of events. However, the effort is worth it when you witness the engagement students have with a topic when learning in the field. As an instructor, I saw this trip as an extremely valuable and effective teaching tool am working it into my own intro to environmental history course here at McMaster University, albeit on a much smaller scale than a weekend trip!

We would like to thank those who supported this field trip:
KIAS Sustaining Mountain Cultures in the Canadian West Research Cluster
Department of History and Classics, University of Alberta
Parks Canada
Mountain Legacy Project

Heather Green is a Post-Doctoral Fellow with the Wilson Institute at McMaster University and a recent graduate from the University of Alberta. She is also the 2018/2019 NiCHE New Scholars representative and a 2018/2019 Fulbright Canada Scholar. Her research interests include environmental and indigenous histories, Northern Canadian history, and histories of environmental tourism. You can connect with her on twitter @heathergreen21.

One thought on “Teaching Environmental History through Field Trips”