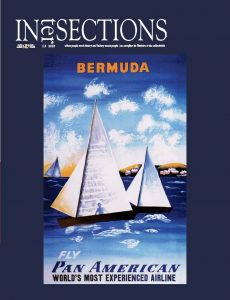 [This post was originally published in the “Word from the President” column in Intersections 1.3.]

The CHA|SHC is one of the organizations involved with The|La Collaborative, a Social Sciences and Humanities Research Council [SSHRC] of Canada-funded network dedicated to fostering Social Sciences and Humanities knowledge and skills in society at large.[1]  In part, this involves discussing and promoting a range of different ways of being a social science or humanities scholar outside of the formal academy: in elementary and secondary classrooms, in media both new and old, and wherever we might find opportunity and cause to demonstrate the capacity of scholarly practice.

What historians can contribute to this is a long and I think notable history of practicing our scholarship in public. In 2010, Joy Parr explained that historical practice “attentive to contemporary concerns, engaged in policy and with an engaged citizenry has existed as long as historical scholarship has existed in Canada.”[2]  The causes, communities, and issues that historians engage with have changed, as have the tools and technologies that historians use to engage and communicate.  But the basic fact of historians’ willingness to connect their research to the present and to speak to communities beyond the archive and classroom is longstanding.

In the last decade, Canada’s historical community have seen a number of new initiatives that mobilize historical knowledge and expertise to contribute to wider discussions.  These are notable and worth discussing in a forum like Intersections unto themselves.  That these initiatives are significantly organized and maintained by junior scholars, many of whom who have done so without the resources of tenure-track or tenured appointments, should give us all additional pause.  As a profession, our capacity to engage robustly with wider conversations and publics is not threatened by scholarly disinterest as much as it is by a precarious condition that a generation of historians are compelled to navigate.

ActiveHistory.ca was established in 2008 by a group of graduate students in and around York University in Toronto. Its French-language counterpart, HistoireEngagée.ca, was launched in 2010.  “Perhaps at its core, ActiveHistory is a project that promotes the idea that history matters beyond the walls of universities or museums and that it should play a larger role in our public life,” explained founding editor (and now CHA Council member) Jim Clifford.[3] Between 2008 and May 2018, ActiveHistory published approximately 1500 posts on the site, or roughly four to five posts per week. Some posts have had particular traction, [4] including Crystal Fraser and Sara Komarnisky’s post on “150 Acts of Reconciliation for the last 150 Days of Canada’s 150” had, within six months, received a remarkable 27,000 hits.[5]  ActiveHistory.ca and HistoryEngagée.ca publish relatively short, accessible articles that are relevant, readable, and easy to integrate into teaching at a secondary and post-secondary level.

The Graphic History Collective was also established in 2008.  Made up of historians, mainly early career, artists and writers, they produce “alternative histories” in the accessible format of comics.  The GHC has produced two books to date – 2012’s May Day Comic and 2016’s Drawn to Change – and an ongoing poster series.  So far, they have produced 16 posters dealing with a range of histories, Jesse Thistle and Jerry Thistle’s exploration of the Battle of Batoche and Metis history, and Funké Aladejebi’s research on Chloe Cooley and histories of Canadian slavery and, most recently, Adèle Clapperton-Richard and Andrée Lévesque’s poster on radical bookstores in 1930s Montreal.[6]

UnwrittenHistories.com is another project that demonstrates some of the key ways that historians, especially junior ones, are working in public.  Maintained by Andrea Eidinger, this is a blog “dedicated to unraveling the mysteries of Canadian histories as a field, discipline and profession.”  UnwrittenHistories.com publishes short articles on teaching and researching Canadian history, and a weekly “roundup” of articles, posts, podcasts and news about Canadian history, broadly defined.  Eidinger’s approach is broad and capacious, and she both draws from and contributes to wide-ranging conversations about heritage, archives, history, and popular culture.

In June of 2018 “ShekonNeechie: An Indigenous History site” was launched.  This is an “entirely Indigenous conceived, created, and controlled” website that aims to provide a venue for Indigenous historians – broadly defined – to share ideas and work.[7]  ShekonNeechi.ca’s team includes established and emergent scholars and welcomes those who work in a range of disciplines and outside of the academy as well.  The website includes a bibliography of work published by Indigenous scholars, and posts short, accessible essays, including Brenda Macdougall’s analysis of the politics of naming and renaming and Robert Innes’ analysis of historians and the politic of naming genocide in Saskatchewan.[8]

In different ways, ActiveHistory, HistoireEngagée, The Graphic History Collective, UnwrittenHistories and ShekonNeechie.ca provide excellent examples of range of ways that historians in Canada are working in public.  Each feature accessible work that begins from the premise that history is not an arcane professional enterprise, but a vital and transformative way of understanding a complicated and changing present and producing social change.  Especially by using digital platforms and social media, these projects make historical thinking available easily and without charge, and find new audiences for historians’ work.

If these ventures are any indication, the challenge to fostering a robust and sustained public presence for historical scholarship does not lie in getting historians to think, write, and talk in public. Historians in Canada have long engaged in contemporary questions and done so in ways that took them beyond peer-reviewed journals and university classrooms.   Historians are continuing to do so, and are particularly using digital mediums to disseminate their research to wide audiences.

It is the precarious conditions that emergent scholars currently face that perhaps most endangers public scholarship and engagement.   Early career and emergent historians are crucial to many of the recent initiatives and projects that seek to engage wider reading and viewing publics and to demonstrate the relevance of history beyond the classroom and library.  The job-market for academic employment is grim, and has been for some time.  As Eidinger explains in her much-circulated post on the “emotional labour” of academic job applications, the process of applying for the handful of positions that exist is costly in terms of time, effort, and morale.[9]   The resources that go with tenure-track and tenured appointments are rarely available to the contract academic staff who a recent national survey describes as “underpaid, overworked, and under-resourced” and in no small part alienated from the institutions they work within.[10]  To sustain the engaged scholarship that has developed in the last decade, we need to work to ensure that this generation of historians who are so adept at working in public have the conditions that allow them to do so.

Adele Perry is the President of the Canadian Historical Association and a Full Professor in the Department of History at the University of Manitoba.

[We fixed a few typos from the version published in the Intersection.]

[5] Samia Madwar, “Active History website aims to ‘get history out of the university,’” University Affairs,  5 December 2017, accessed at https://www.universityaffairs.ca/news/news-article/active-history-website-aims-get-history-university/, 30 September 2018.