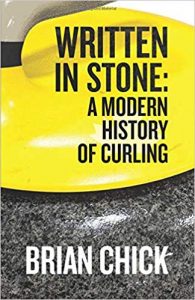 Late last year, the story of 2014 Olympic Gold Medal curler Ryan Fry being ejected from an event in Red Deer made headlines around the world. The conversation ranged from disappointment to jokes about how drinking beer is a central part of the sport. And while looking at photos of curlers playing with cigarettes hanging out of their mouths can be entertaining, the stereotype of the unathletic curler no longer applies to the top players. When you turn on national or international championships today, you will see people who have spent countless hours in the gym getting ready for these games.

One of the reasons for this change was the introduction of curling to the Olympics in 1998. Since then, the sport operates on a four-year cycle, where teams are re-formed and players gear up to represent their countries on Olympic ice. At the same time, there is more money available to players, both through federal funding and an explosion of events where top teams can win significant money.

In his new book, Written in Stone: A Modern History of Curling, Brian Chick tells the story of these changes over the past thirty years. Based on interviews with some of Canada’s top players, Chick goes through the sport’s major changes, including its inclusion in the Olympics, the early 2000s boycott of national events, and the expanding competitive schedule. With his journalism background, Chick is able to weave together the various perspective to tell the story of the sport’s growth.

In this episode of the History Slam, I talk with Brian about the book. We talk about the Olympics, the boycotts over sponsorship at the Brier and Scotties, and the TV controversies of the mid-2000s. We also talk about the changes in fitness, the professionalization of the sport, and what the future may hold for some of the top teams.

One thought on “History Slam Episode 128: A Modern History of Curling”