The the sympathetic strike in Brandon, Manitoba was the longest and most cohesive of the sympathy strikes that erupted across Canada in support of the Winnipeg General Strike. It began 20 May 1919 and persisted until the end of June. It was preceded in late April by a dramatic and successful civic employees’ strike following the creation of a Brandon local of the Civic Employees Federal Union, and followed, at the end of June, by an ill-conceived and futile call to continue the general strike following its termination in Winnipeg.

The Brandon General Strike was the climatic event in a period of labour militancy dating from the reconstitution of the Brandon Trades and Labour Council in 1917. Brandon’s sympathy strike was rooted in the conviction that labour could achieve its legitimate aspirations for union recognition and improved economic conditions only through solidarity and direct action; it was fueled by economic grievances accumulated during the Great War. 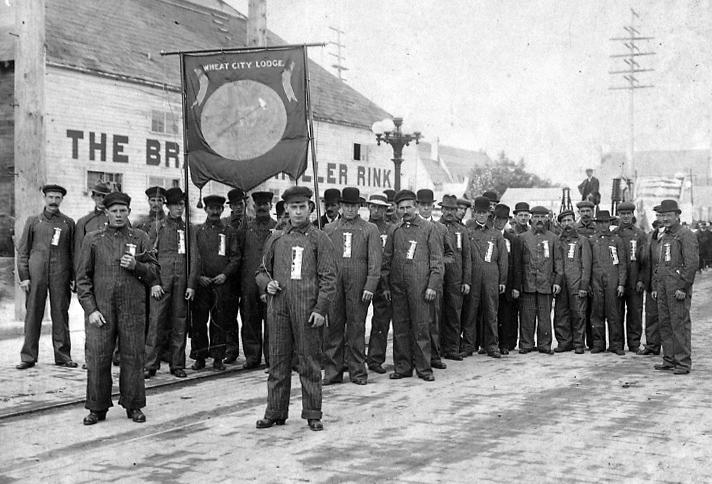 The sympathy strike began with the walkout of the city’s telephone operators and Canadian National Railway workers. Within a week, 450 workers were out in sympathy with the Winnipeg General Strike and remained on strike until the collapse of the strike there. Though members of the Brandon Police force remained on duty during the strike, City Council did not trust them. A special detachment of the Royal North-West Mounted Police was located in the city at the request of City Council. The detachment was under the command of Inspector F.H.  French, who was responsible for monitoring the Brandon situation, maintaining order, and reporting developments to the Commissioner’s Office in Regina.

As in Winnipeg, the Brandon strike represented a struggle between two community coalitions. One included the Brandon business community, the Brandon Sun, the Law and Order League, and the City Council allied with provincial and federal authorities. The other, the strikers and their supporters, the Brandon Trades and Labour Council, the Strike Committee, and the Peoples’ Church, organized during the strike. While returned soldiers were prominent among the strikers, Brandon’s Great War Veterans’ Association, like its counterpart in Winnipeg, sought to play the role of mediator in the city’s labour crisis.

Beginning in early June, the Strike Committee organized a series of parades and rallies. On Friday, 6 June 1919, over three hundred and fifty strikers took part in a parade headed by thirty-six returned soldiers. The Mounted Police estimated that at least fifty-five percent of the participants in the parade were of the “foreign element.” Throughout the strike police spies and plain-clothes agents watched every action of the Strike Committee and the strikers. 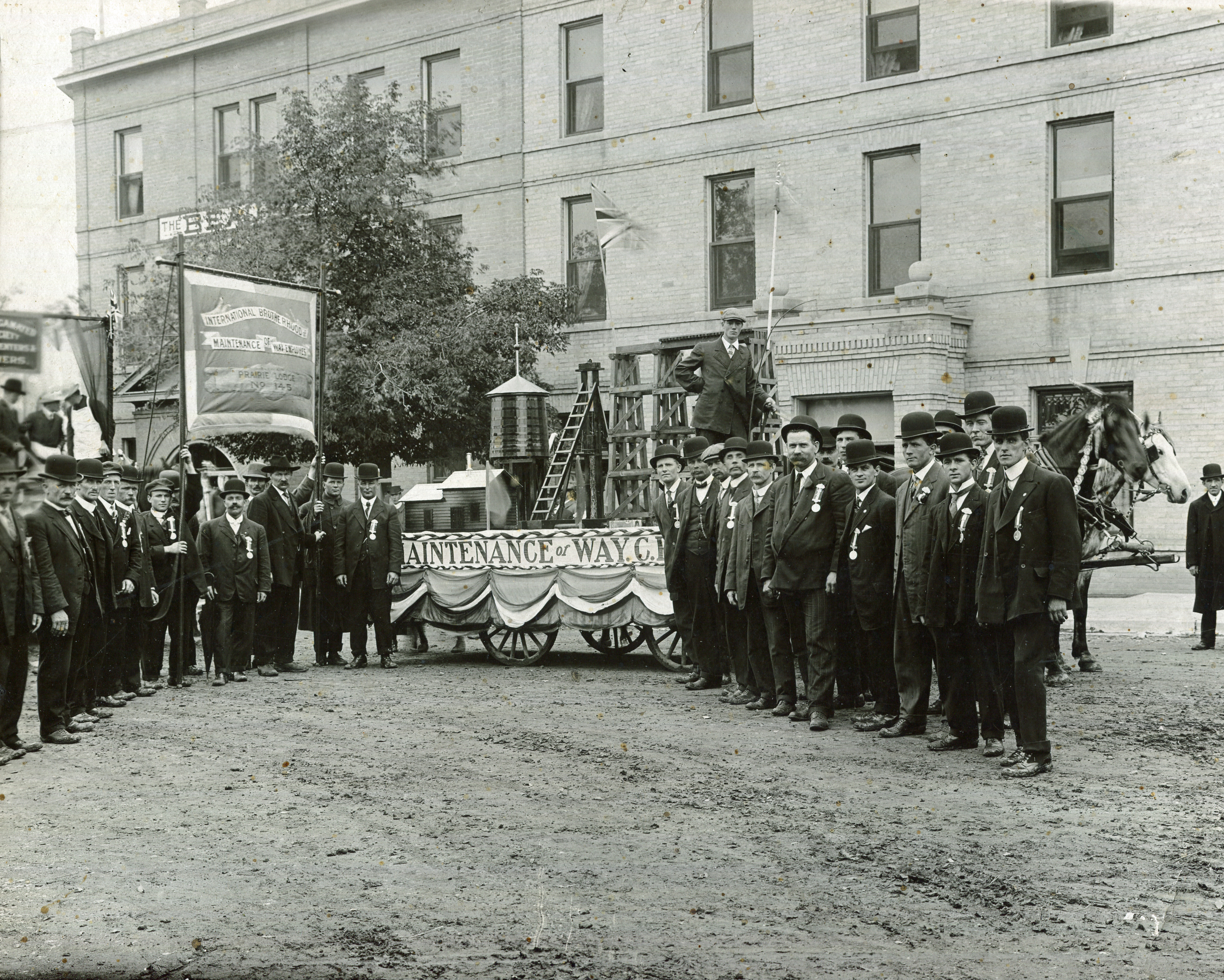 While Brandon workers saw the strike as an essential defence of the right to union recognition and collective bargaining, its opponents condemned it as a Marxist-inspired conspiracy to overthrow constituted authority. Following the collapse of the Winnipeg General Strike, the Brandon Strike Committee called for a continuation of the labour revolt in Western Canada. However, Brandon’s appeal to workers in Regina, Moose Jaw, Saskatoon, and Calgary for a continuation of the general strike was unsuccessful.

In the aftermath of the strike, working-class solidarity and labour political action in Brandon was promoted by the Peoples’ Church, the Brandon Defence League, and, in 1920, the Brandon Labour Party. The vitality of the city’s working-class activism in the wake of the 1919 crisis was evident in the election of Brandon Labour Party candidate Rev. A.E. Smith as Brandon’s MLA in the June 1920 provincial election.

The collapse of the strike left organized labour in Brandon in a state of turmoil and division. During the fall and winter of 1919–1920, the proponents of the One Big Union (OBU) struggled with the advocates of international craft unions for control of Brandon’s organized labour movement. In November 1919, a motion calling for affiliation of the Brandon Trades and Labour Council with the OBU was referred to the Council’s affiliated unions. Though some workers in Brandon chose to join the OBU (a small local of the OBU existed in Brandon until 1923), by 1921 workers loyal to the Trades and Labour Congress dominated Brandon’s Labour Council.